You should skip to the final track on Odd Future’s The OF Tape Vol. 2 to reach the project’s climax. That moment, of course, is Earl Sweatshirt’s rhyming return to the collective Odd Future fold on “Oldie,” he cracks the hazy, hypnotic beat shortly after the seven minute mark, and blesses it with a subdued but intelligent performance. Lately, the hullabaloo about Earl’s return has dwarfed the Odd Future hype machine, and Earl’s shadow has cast doubt on the appeal of Tyler, the Creator’s tykes now that their persona of menace has been blunted. The OF Tape Vol. 2 fails to help their cause: Without constantly conjuring up an air of controversy about their moves, Odd Future can sound decidedly dull.

The 17 tracks that precede “Oldie” are a hodgepodge of styles and line-ups; they’re random in an ineffective way, with crew members seemingly shoe-horned together and the songs rolled out with little thought as to how the mixtape-slash-album plays as a whole. (The segue between Hodgy Beats and Tyler’s industrial and abrasive “P” into Frank Ocean’s largely a cappella “Snow White” is either ill-judged or simply annoying.) When Odd Future were first picked up by the mainstream, this sort of thing wasn’t a problem. By positioning and promoting themselves as public and industry menaces they ensured that the focus was on the shenanigans and the back stories, not the music. But now they’ve settled into their role in the pop culture firmament (they have an Adult Swim show!) that aura of excitement has been extinguished, leaving their music bare and too often lackluster and flaccid.

Earl’s verse on “Oldie” has rightly caught the headlines, but there’s a nugget in Tyler’s rap on the same song that’s more telling of Odd Future’s current plight. He sounds sincere when he raps, “This is for the niggas in the suburbs/ And the white kids with nigga friends that say the n-word/ And the ones who got called weird, fag, bitch, nerd/ ‘Cause you was into jazz, kitty cats, and Steven Spielberg.” But just like Odd Future themselves, there’s little weird or outsider about Tyler’s demographical characters. Odd Future have mined the online hype machine quite excellently to get to this point in their career – now they need to concentrate on proving their musical worth the old-fashioned way. 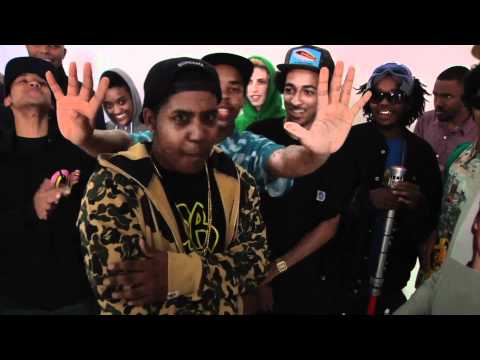