Estelle - All Of Me

Everyone would love to have a megahit record like Estelle’s “American Boy,” but the few who do, often find themselves at a loss for their next move—some try too hard to recreate that hit; others try too hard to distance themselves from it. On All of Me, however, Estelle wisely retains the personality and spirit that contributed to her successful first and second albums, but doesn’t dwell on the past. She sounds just as comfortable as she did on her last album, and overall, delivers her best LP yet.

Estelle has a broad scope of influences, but she successfully bends those various styles to her will and makes them all feel coherent. “Thank You” is more traditional R&B, but she simultaneously moves into the present and the past of the genre with the slinky “Cold Crush.” Many songs do feel like they fit into one specific radio format or another, but there’s enough effort put into the work that it all feels sincere rather than coming off as a series of deliberate cash-grabs.

That’s not to say there aren’t some potential hits: “Love The Way We Used To” has a slightly quirky tone that could make it a surprise success, and “Wonderful Life” should play well with (what used to be) the VH1 set. Meanwhile, “International (Serious)” seems well tailored for 106th & Park with appearances from Chris Brown and Trey Songz over a club-ready beat from David (David David David) Banner (Banner Banner Banner).

Singers who like to rap tend to be problematic, but it wears well on Estelle during “Speak Ya Mind” or any of the other rapped asides dropped throughout. She also blends well with Rick Ross (“Break My Heart”) and Janelle Monae (“Do My Thang”) on tracks that accommodate the guests without shoving Estelle to the side. The interludes do feel a bit Miseducation-ish but they do have their own sensibility, plus Lauryn Hill’s classic gets a little shoutout later on, so any imitation is all love.

There wasn’t necessarily much doubt, but Estelle has firmly proved that she’s worth checking for. In addition to her general growth as an artist, All of Me mainly works due to Estelle having the confidence to let it work instead of over-thinking it. She’s smoothly navigated around the burden of expectation, so while it remains to be seen if the public responds as well as they did last time, she’s done her part by delivering a solid album. 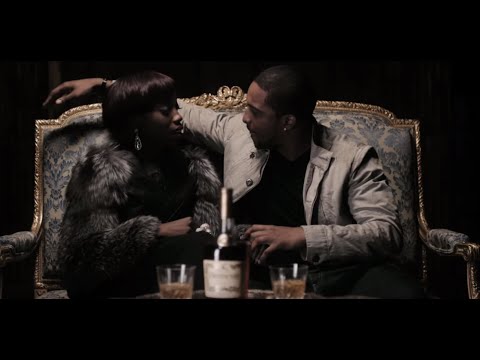