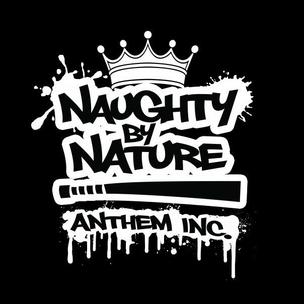 After numerous pushbacks, Naughty By Nature has finally managed to release the album that marks their 20th Anniversary in the Hip Hop game. If Run-DMC’s “Walk This Way” pairing with Aerosmith was the archetype for Hip Hop crossover appeal, Naughty By Nature’s “O.P.P.” was the perfect execution of that radical notion. More than a decade since Treach, Vin Rock and DJ Kay Gee released an album together (1999’s Nineteen Naughty Nine: Nature’s Fury), the crew is back in full effect with Anthem Inc.

is a jarring but exciting reintroduction to the New Jersey outfit. A consistent siren in the background evokes memories of Kill Bill, and ominous keys and low-end bass lay the ground for ferocious rhymes courtesy of Treach. Similarly heavy-handed is “I Gotta Lotta,” which continues to show off the darker side of Naughty By Nature: “I got a chip on my shoulder that Bill Gates ain’t make / I got a connect up in Harlem, got a great weight rate / Got a hotta enchilada got a hot tre’ eight / Heavy rocks in my rings that a quake can’t shake / …got an album, we wilin’ so we ride, don’t rest / Got kids, a gang of nigs I call ‘Tribe Called Treach’”

takes it back to the days of “Hip Hop Hooray” and “O.P.P.,” as Joe assists on a summertime anthem that reminds fans of just how versatile Naughty By Nature was. No, it doesn’t have the instant recognition afforded by a Jackson 5 sample, but that doesn’t mean this bad boy wouldn’t sound great with the top down in August. “Flags,” which has been out for nearly a year, is a touching take on the street life and its consequences. “Name Game” is overproduced, but is quickly forgotten due to the earnestness displayed on “God Is Us.” “Impeach the Planet” is worth spins for, in nothing else, what sounds like Treach’s take on Chuck D’s deliver, which actually works out pretty well.

The inclusion of such seminal hits as “Uptown Anthem,” “Hip Hop Hooray,” “O.P.P.,” and “Feel Me Flow” at the end of the album doesn’t feel like a money-grubbing inclusion, either. The tracks have been re-recorded, which serves as a reminder to fans of old, and as an introduction to ’90s babies that may have only heard of Treach when Eminem mentioned him at the 2003 Grammy Awards. It should be noted, though, that this was a missed opportunity to include live versions of the cuts, either from concerts or studio sessions. And one can’t help but think that the songs serve as a bit of a reminder that the new material doesn’t quite stack up the classics. Still, fans will get a kick out of picking out new elements from the reproduced joints, and the emcee’s idiosyncrasies that have evolved since the original recordings.

After two decades in the game, there’s absolutely nothing that Naughty By Nature has to prove to anyone. But the trio from Jersey elected to do it anyway by releasing this project. No, it won’t be remembered as their best LP, but this is a solid, well-executed reminder of all of the things Naughty By Nature deserves to get credit for, but never seemed to. 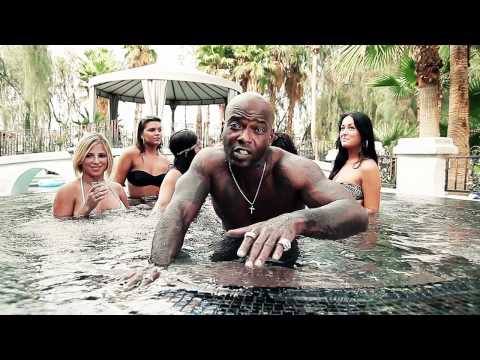