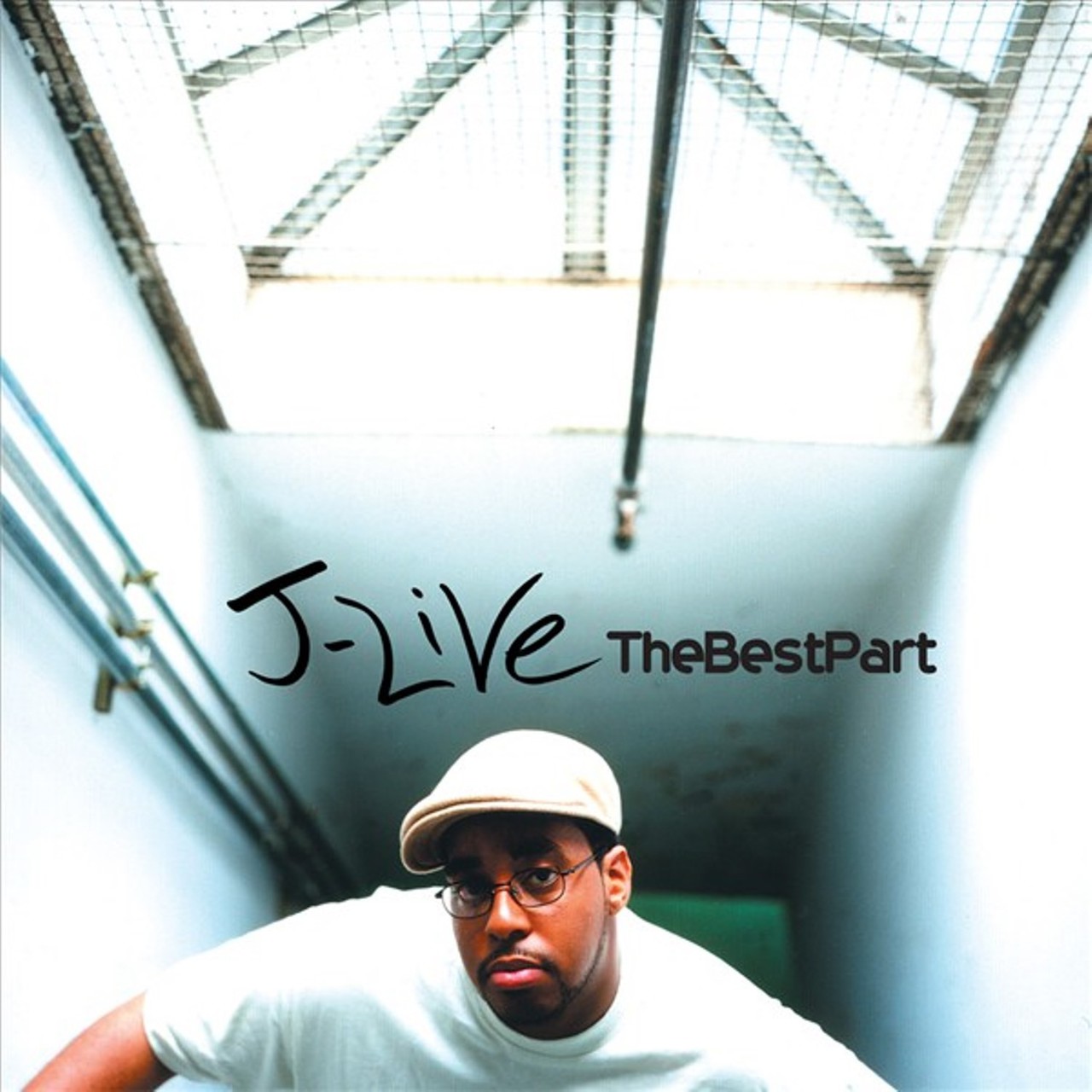 I should note before I begin that Aceyalone‘s dope new album only got 2.5 mics in The Source, I guess he wouldn’t fatten
their pockets enough. Meanwhile, Lil’
Wayne got 3.5 mics, way to go for the substance boys. I guess Acey should’ve made a couple songs
about his necklace. Lil’ Wayne would
have to send me all his royalty checks before I’d bump him up from minus 12
mics. Nice integrity fellas, fucking sell-outs.

Anyhow, there are few artists that I can think of that have had more trouble
with labels than J Live. After
months of setbacks J finally
released The Best Part independently.

The 24 track album contains a 7 part skit questioning what it takes to be a
great emcee. I’m guessing that J‘s
idea was to have that answered when you finish listening to the album. J Live doesn’t take long to flex his
lyrical muscle as he brings some quotables on Got What It Takes, which also displays his incredible flow and
sarcastic sense of humour. Basically, things don’t look back from here, Yes, Rage,
Timeless, and especially Wax Paper are all hella tight tracks.

Them Thats Not best displays J‘s flow as he speeds up and slows down
his rhymes in accordance with the beat, very dope stuff. Don’t Play features a very catchy chorus and a great acoustic
guitar laced beat. The Best Part, an
obvious Premier banger, is without a
doubt the dopest track on the album. There really are no bad songs here, Braggin’ Writes kind of misses the mark
and Raw Footage just loses it’s
steam. J probably would’ve been
better left alone in Kick It To The Beat
but it isn’t catastrophic.

Well, he has a ridiculous flow, and very tight lyrics. Not to mention he stays
true to hiphop and represents a nice blend of the old school and new. I would
suggest picking up the album and deciding for yourself. I’ve made my decision.