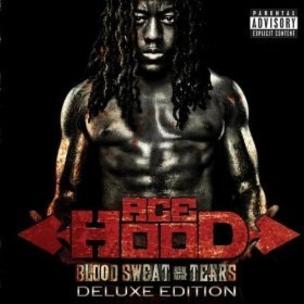 “At only 23 years old, DJ Khaled’s flagship artist Ace Hood is impressively now on his third album, Blood, Sweat and Tears. With fewer featured emcees than previous projects, the St. Lucie product has set out to prove that he is ready to wave the Def Jam/We the Best banner on his own.

“King of the Streets”

is the hard-hitting opener to the album, complete with stabbing synths, T-Pain, and tough-talk. The Tupac references are eye-roll-worthy, but the cut is energetic and sets the tone for the record. “Go N’ Get It”

plods along as Ace talks about the trials and tribulations of a hustler, and “ErrryThang” is essentially more of the same. By the time “Hustle Hard”

rolls around, the listener will wonder whether the formula for the album was Lex Luger offering up 17 slight variations of the same beat and packaging them all as individual songs.

is almost a reprieve with its smoother sound, but with lines like “Was that Chanel 5? Very sexy fragrance / Are those your real eyes? Can tell you’re partially Asian,” no one will have cause to press rewind. “Memory Lane” is notably better, as Ace reminisces about a fallen friend: “I put that on my life, that’s my motherfucking dogs / Anyone want problems, that’s the nigga I would call / Just know that he would come running with that shit to clear them all / …Felt like we done done it all / Then one day in the studio, was when I got the call / It was ’09 when I lost my dog / And still to this day the tears continue to fall.”

“Letter to My Ex’s” is also a little more engaging, as Ace recalls past relationships with a touch of humor and bitterness. Things quickly take a turn back for the worse, though, as “Beautiful” is just a disaster; saccharine and insincere. Mercifully, “Lord Knows” is introspective and moody with morose guitar providing an appropriate background for the Flordia emcee’s scratchy, strained delivery.

Though it’s a mystery to why any album needs two remixes, “Go N’ Get It Remix”

is a bright spot on an album with so few, as Beanie Sigel, Busta Rhymes, Pusha T (note the Consequence jab), and Styles P stand out with their superior lyricism and presence on the mic. Although Sigel and Pusha punctuate this point, it is particularly the Dungeon Dragon that highlights the light years’ difference in ability between Ace Hood and the rest.

There isn’t a whole lot that can be said about Blood, Sweat & Tears. The problem isn’t that it’s cliché – it’s the execution. By and large, this is the same thing that you’d get with Rick Ross, except Ross’ releases have better production, and the Bawse is a much more engaging presence on the mic. So the real question is: what does Ace Hood do that makes it worthwhile for the listener to spend their time or money on his album? After giving Blood a spin, you still might not have the answer. 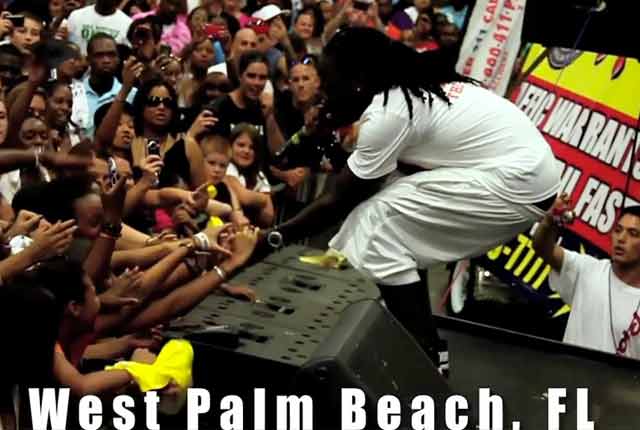