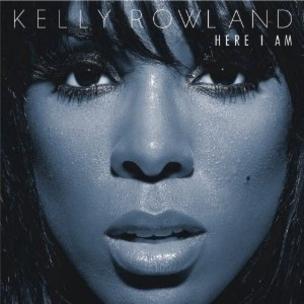 In this King B world, it’s hard out here for a female R&B singer. Magnify that difficulty by a thousand for the girls who shared her spotlight on the come up. Especially for Kelly Rowland. Just as beautiful, trained to belt out the same notes while dancing full out in heels, she has all the ingredients needed to become one of Pop music’s greatest confections. Yet she’s struggled since Destiny’s Child disbanded a decade ago, with disappointing solo efforts.

But as Beyonce’s recent album, 4, is any indication, life as Mrs. Carter is treating her pretty well, leaving the Pop lane (slightly) open for single girl anthems. With a string of feel good tracks on her latest album, Here I Am, Kelly Rowland finally gets to have her time in the sun.

The album’s momentum is mainly fueled by her biggest hit to date, the leg-numbing “Motivation.”

With sexual charges popping all over the track and a guest spot from Weezy, a VIBE cover featuring her jumblies seemed inevitable. Big Sean assists her on the second single, “Lay It On Me.”

On the “night out with the girls” anthem “I’m Dat Chick,” she lets us know that Kanye’s “light-skinned girls and some Kelly Rowland’s” accolades were duly noted. The heavy bassline and schoolyard chant almost begs for a dance floor and heels. But scoring your own Kelly Rowland requires some effort. Lil Play joins Kelly on “Work It Man,” as she lays down the rules: “Ain’t no other place he’d rather be, than putting in 9-5 with me.”

She truly shines on the album’s ballads. On “Feelin Me Right Now,” she acknowledges her own badness, falling in love with herself as she catches glimpses of her reflection in the mirror: “Don’t give me your number, it’s already in my iPhone.” She gives us a lovemaking lesson on the mellow track “All Of The Night,”

featuring Rico Love. She vows to never give her love away on the sweet and sincere “Keep It Between Us.” The sultry track sounds like a secret love note to keep the fire burning. It would make for a great remix with Trey Songz (or maybe that’s what I secretly wish for).

In a smart move, Kelly remembers the dance community that held her down for the past decade. Here I Am includes the David Guetta dance hit “Commander.” And you can almost see the flashing lights all over the club banger “Down For Whatever.”

Here I Am is a solid effort by Destiny’s other child. Kelly shines on the material, but leaves us wondering what she could do with an album full of powerhouse producers. Come get your girl, ‘Ye.