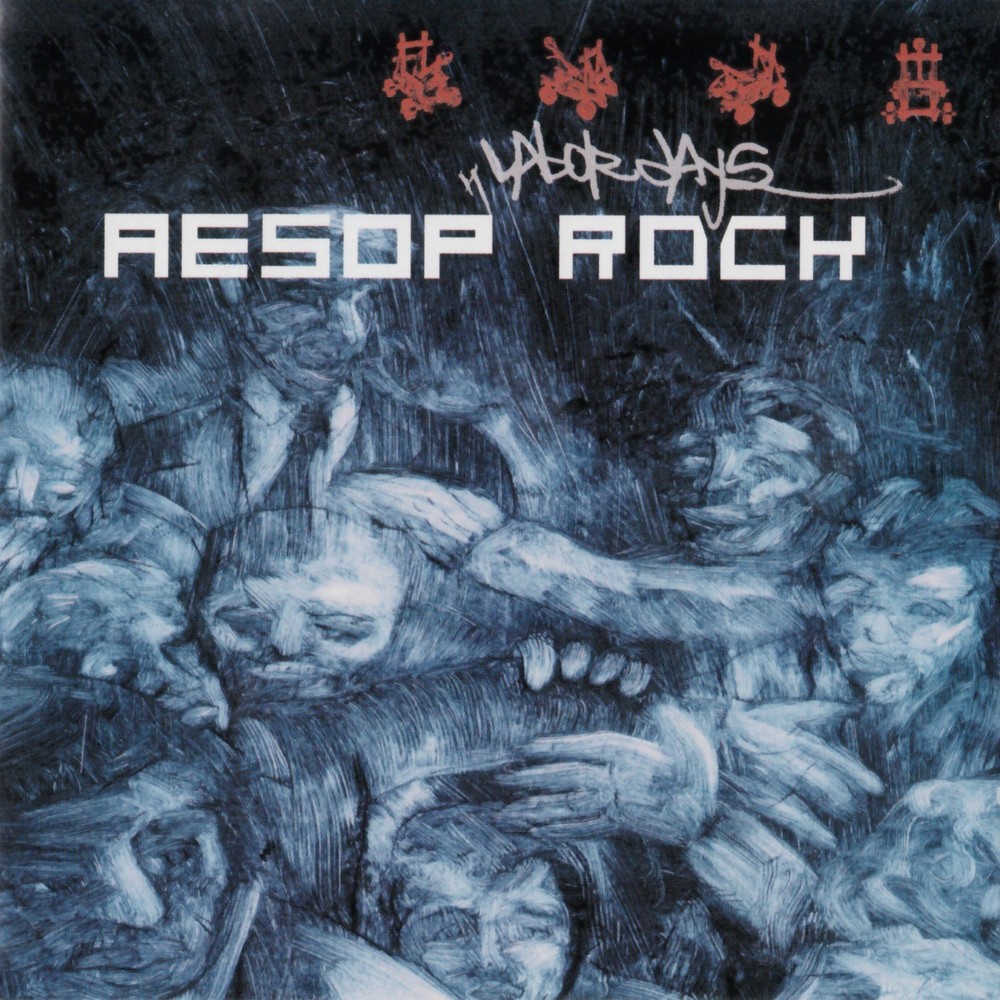 The second full-length release from El-P’s Def Jux imprint comes from indy hero Aesop Rock. He has made a name for himself after releasing 3 albums on his own, the latest of which, “Float,” made a big splash. Aesop defines the category of super-intelligent abstract lyricist, much like fellow white emcee, Slug of Atmosphere. Aesop’s influences are not hard to pinpoint, while his voice might sound like a mix between Thirstin Howl III and Roc of Heltah Skeltah, his style and delivery is a combination of Aceyalone and El-P. Despite these influences he has a style that is unmistakebly his own. Lyrically, the average head will need a translator to figure out what he is saying. His rhymes get so abstract that he makes Q-Tip unworthy of the moniker. It will take multiple listens to decipher half of the rhymes and multiple listens to realize that you can’t decipher the other half. Much like the aforementioned Slug, Aesop’s rhymes are incredibly personal and I don’t think the audience is always meant to understand.

Despite being under his label, Aesop does not employ any El-P instrumentals. I really think that this combination would have produced mind-boggling results. Nonetheless, Aesop stuck with Blockhead and I certainly don’t have a problem with that. Without being repetitive, “Labor Days” maintains a consistent and cohesive sound throughout the entire LP. The tracks are layered with haunting strings, horns and deliberate drums. The dope opening track, “Labor Days” sets the tone both lyrically and sonically. If this song doesn’t win you over then you probably won’t dig this album. That is hard to imaging though as there is no shortage of incredible tracks on this 14 song LP. “Daylight,” “Save Yourself,” “Flashflood” and “Battery” all epitomize how good Aesop Rock’s music is. Essentially, the entire LP is a trip through Aesop’s mind. While most will find themselves lost in a labrynth the majority of the time, there are two instances where Aesop’s thoughts are crystal clear. “9 To 5ers Anthem” is a funky track expressing his views of a 9 to 5 day job. The chorus says it all, “We the American working population hate the fact that 8 hours a day is wasted on chasing the dreams of someone who isn’t us/we may not hate our jobs but we hate jobs in general that don’t have to do with fighting our own causes.” Still, it pales in comparison to the message he delivers on my favorite track, “No Regrets.” By telling the inspirational story of “Lucy,” Aesop is really telling listeners how he is living his dreams through music. Over beautifully looped piano keys, he says “look I’ve never had a dream in my life/because a dream is what you want to do and still haven’t pursued/I knew what I wanted and did it ’til is was done/so I’ve been the dream I wanted to be since day one.”

Anticon and CoFlow heads will be won over in a heartbeat but the average listener won’t be so easy to please. “Labor Days” is not your run of the mill hip hop album and in turn is not the most accessible album. But an album with 14 dope songs is an all too rare occurance in music today. Regardless of who this album appeals to, or doesn’t appeal to, it is one of the best albums of 2001.