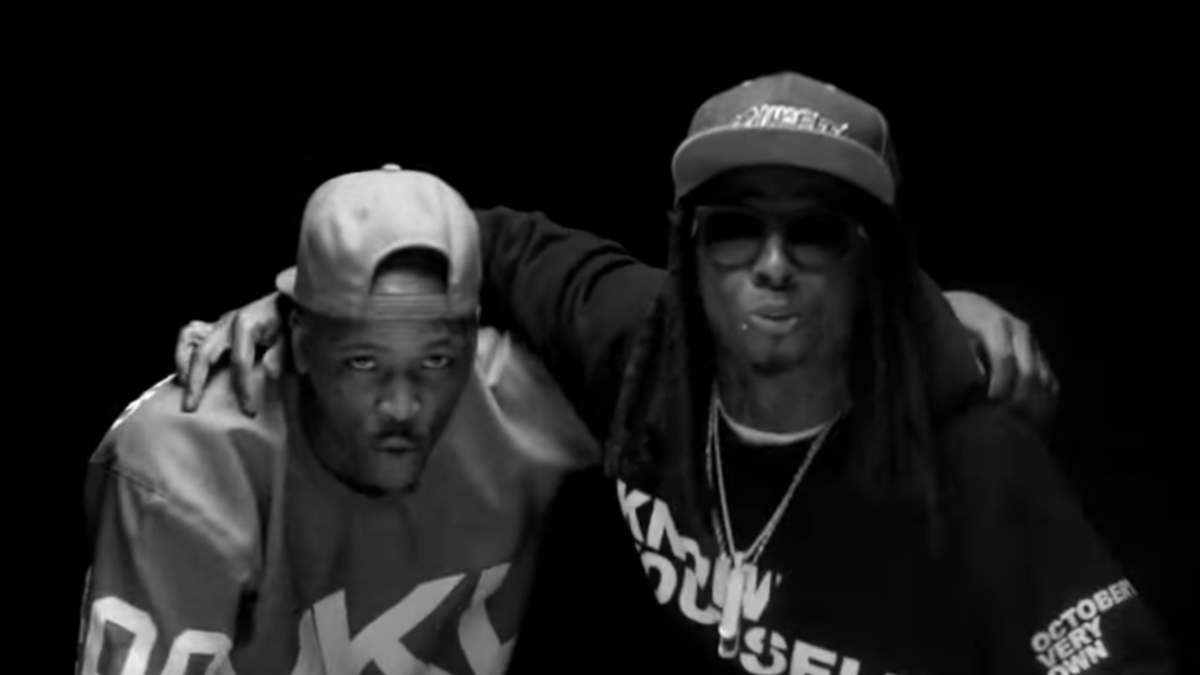 YG has shown Lil Wayne just how much he appreciates him by gifting him a brand new 4Hunnid chain.

In footage shared on the Compton rapper’s Instagram page on Wednesday (December 7), fans can see him linking up with the Young Money boss at a photo shoot. YG approached Wayne with a black box in hand, saying: “I got something for you.”

Lil Wayne was eager to receive the gift to see what was inside, and once he opened it, a gold and red 4Hunnid chain was waiting for him inside the box.

According to Young Money’s general manager/executive vice president Karen Civil, Lil Wayne and YG were shooting a music video for a new song titled “Miss My Dawgs,” which is set to drop on Friday (December 9). Wayne fans may remember he released a similar song called “I Miss My Dawgs” on his 2004 album Tha Carter.

It’s no secret that Weezy F. Baby is one of YG’s favorite rappers. They’ve linked up several times in the past on songs such as “Trill,” “Go Girl,” “I Got a Question,” “Buzzin'” and Mustard’s “Face Down” alongside Boosie Badazz and Big Sean.

Their most popular collaboration, though, is the remix to YG’s 2014 hit “My N-gga,” which also featured Nicki Minaj, Meek Mill and Rich Homie Quan.

YG is no stranger to handing out chains to his rap friends. At the top of the year, the I Got Issues rapper gifted J. Cole and Moneybagg Yo their own 4Hunnid chains ahead of the release of their “Scared Money” collaboration.

The chains, just like Lil Wayne’s, came with a pearl necklace, although Cole’s was gold while Moneybagg’s came in silver. All three feature the glistening 4Hunnid pendant stocked with plenty of diamonds.

YG definitely has the money to fund all these jewelry purchases. Last month, the rapper showed off his stellar credit score while citing the Black Panther movie franchise.

The Compton native posted an image of his impressive 833 credit score from TransUnion on his Instagram Stories, writing “Wakanda Forever” under the picture.

Looking ahead, YG is gearing up to hit the road next year for his recently announced The Red Cup Tour, which comes in support of his latest album I Got Issues.

The 17-city trek kicks off in Denver, Colorado on January 20 and wraps up in Honolulu, Hawaii on February 23, with stops in cities such as Oakland, Los Angeles, Detroit, Toronto and New York along the way.