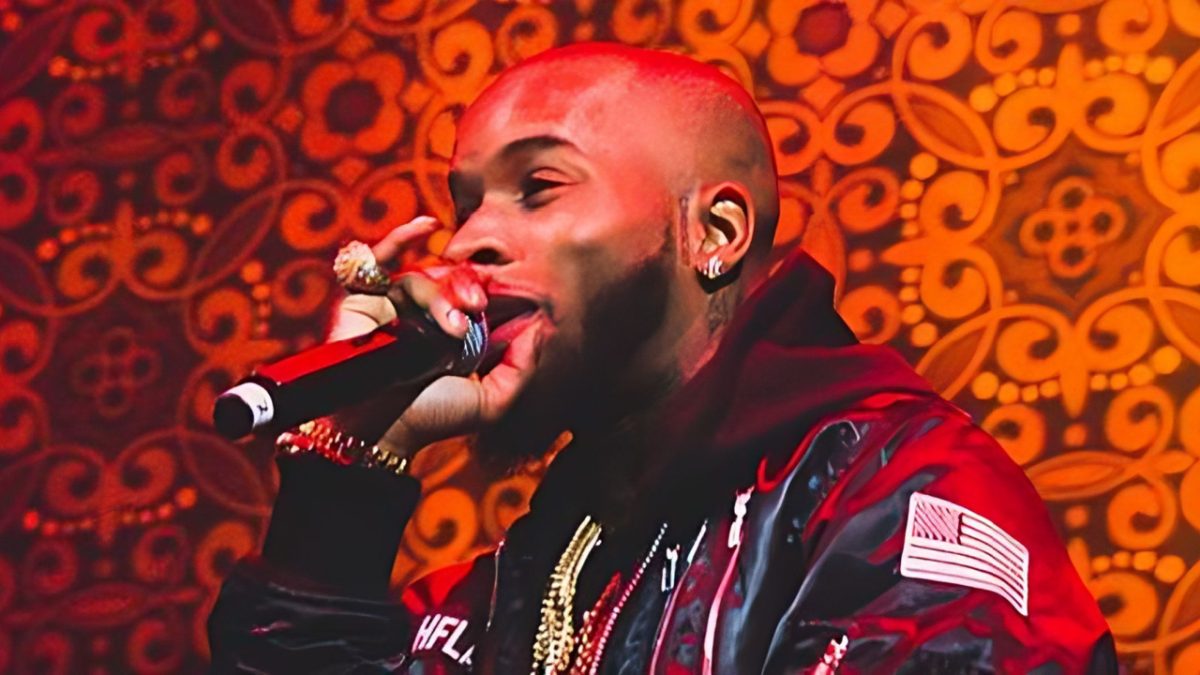 Tory Lanez and his legal team are displaying teflon confidence as the trial over the rapper’s alleged shooting of Megan Thee Stallion kicks into gear.

Jury selection in the high-profile case began in Los Angeles earlier this week, more than two years after Lanez allegedly shot the Houston hitmaker in her feet during a drunken dispute outside Kylie Jenner’s home in July 2020.

Tory (real name Daystar Peterson) was slapped with a third felony charge — discharging a firearm with gross negligence — on Monday (December 5), adding to his two existing charges of assault with a semiautomatic firearm and carrying a loaded, unregistered firearm in a vehicle, both of which he has pleaded not guilty to.

The new charge carries a possible sentence of six years in prison and qualifies as a deportable crime. If found guilty, the Ontario-born rapper would serve the sentence concurrently with any other convictions.

Despite the early setback, Lanez’s lawyer remains confident that his client will beat the case and be proven innocent when the trial concludes later this month.

“We are confident that at the conclusion of this trial the truth will come out and Mr. Peterson will be exonerated of all charges,” Tory’s attorney, George Mgdesyan, told TMZ on Tuesday (December 6).

Tory displayed similar optimism on Tuesday when he tweeted to his 2.2 million followers: “No weapon formed against me shall prosper …. EVER.”

No weapon formed against me shall prosper …. EVER

Tory Lanez has long maintained his innocence, accusing Megan Thee Stallion of trying to “frame” him and painting her as a scorned ex-lover looking to exact revenge. Meg has denied they were romantically involved.

The 30-year-old has cut a calm and collected figure in public, with footage showing him smiling and laughing while having his ankle monitor fitted in October after being placed on house arrest over allegations of him assaulting August Alsina.

Lanez was in equally good spirits while having his ankle monitor removed earlier this week after being released from house arrest ahead of the trial, which Judge David Herriford explained was to make the rapper “accessible” and to aid “trial preparation.”

Megan Thee Stallion, however, has remained steadfast in her allegations since first accusing Tory of being the triggerman during an August 2020 Instagram Live.

In a tearful interview with CBS Mornings‘ Gayle King in April, the Traumazine rapper detailed the shooting, which left her with bullet fragments in both feet. She claimed Tory shouted, “Dance, bitch!” before firing shots from out of a car window at the ground near where she was stood.

“So I get out of the car and it’s like, everything happens so fast. All I hear is this man screaming, and he said, ‘Dance, bitch!’ And he started shooting,” she recalled. “And I’m just like, ‘Oh, my God.’ … He shot a couple of times, and I — I was so scared.

Megan, who has faced a steady stream of online attacks and even death threats over her allegations, made no bones about her desire to see Tory Lanez suffer for his actions in a Rolling Stone cover story in June.

“I want him to go to jail. I want him to go under the jail,” she said, while adding: “‘I feel like you’ve already tried to break me enough. You’ve already shot me. So, why are you dragging it out like this? Like, what else? Have you hated me this much the whole time and I didn’t see it?’”

Opening statements are due to begin on December 12, with the trial expected to last for approximately 10 days. If convicted, Tory Lanez faces up to 22 years and eight months behind bars.