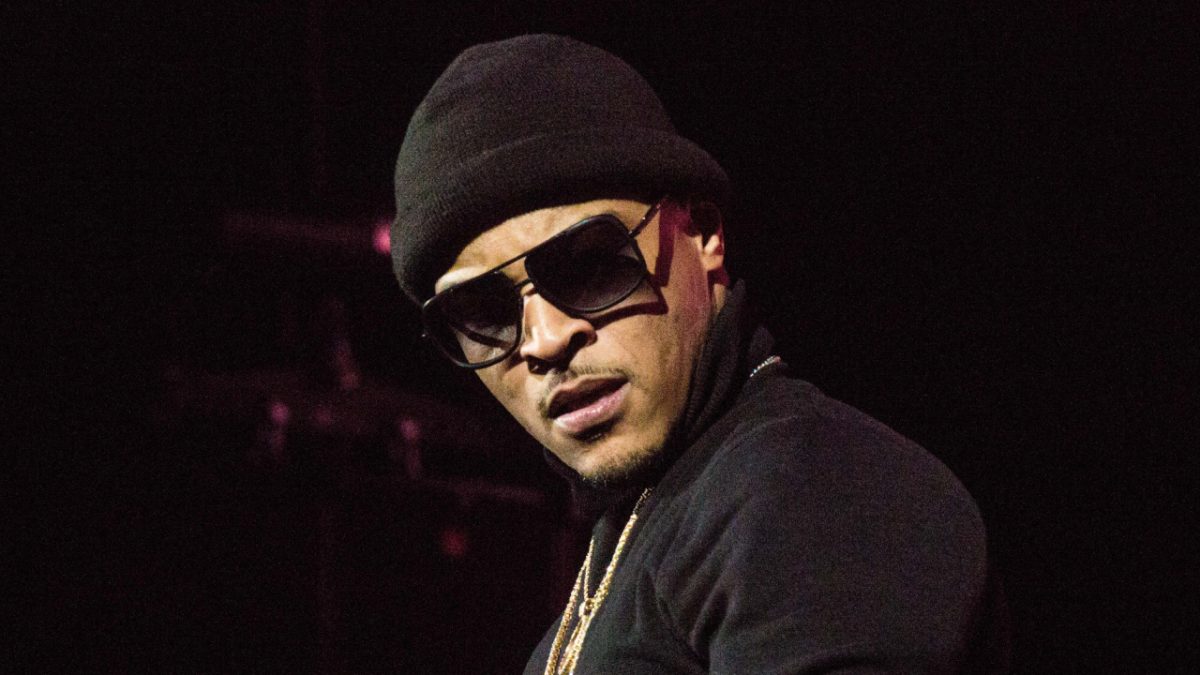 T.I. has admitted to once snitching on his dead cousin to avoid jail time.

In a resurfaced clip from an August 2020 episode of his expediTIously podcast, the Atlanta rapper recalled pinning a gun case on his late relative, Toot, in the early 2000s, before his music career took off.

As T.I. explained, he and Toot were running a hustle in their native Atlanta involving stolen upscale clothes when they were pulled over by cops, who discovered a gun in Tip’s possession.

“We at Lennox Mall parking lot, we unload the truck [of stolen clothes], I’m talking to the man while I’m making the play,” he remembered. “This n-gga looking at everything like, ‘Man, y’all got, y’all got?!’ ‘Muthafucka, we done said what you want! Get this shit and go!’

“And right then, mall security [pull up] … We get in the car and we pull off, and then of course, they followed behind us and called the real police. So before we actually get on the expressway, the real police pull us over. I have a gun.”

Toot — who introduced T.I. to DJ Toomp, the producer behind hits like “What You Know,” “24’s” and “U Don’t Know Me” — was murdered during the court case. At the urging of his lawyer — and with Toot’s posthumous blessing — Tip avoided incarceration by claiming the gun belonged to his cousin.

“We caught those gun cases, Toot died. My lawyer said, ‘Well, you know, I could make everything go away if it was Toot’s, it was Tremel’s,'” he said. “After he had passed, I had a talk with him. Toot said, ‘I’ll take all the charges you got! If you can walk away free and put it on me, goddamn right! ‘Cause I’ll be damned if they gon’ come and muthafucking extradite me from here!'”

When gun rights activist Nicki Daniels Jr., who appeared as a guest on the podcast, asked if that’s where the allegations of T.I. being a “snitch” stem from, he replied: “Hell nah. Don’t nobody know about that, I just volunteered this information. That’s the only time I done ever said or gave information, because that’s my big cousin. He was dead and he told me that it was OK.”

T.I. rapped about Toot on his 2003 hit “Rubber Band Man” (“My cousin used to tell me, ‘Take this shit a day at a time’ / Told me Friday, died Sunday, Wednesday in the ground”). In an interview with MTV at the song’s video shoot, the Hustle Gang honcho reflected on the advice he received from his late cousin.

“We was just talking. It was around Christmastime of 2002,” he said. “We was kicking it, he was telling me how I need to slow down. I was real hot-headed. I was just frustrated. I was really the mad rapper. I felt like, ‘I’m better than a lot of n-ggas and I ain’t where I need to be.’

“He was like, ‘Dig this, though — look what you do got. You got a following can’t nobody else match. Can’t nobody who’s at the level you at in your career, selling the amount of records you selling, go shut a mall down. It’s a reason for that. You got strength. Just be thankful for what you do have.'”

While Toot helped him avoid jail time in that particular case, T.I. would later spend time behind bars as legal troubles continued to plague him. Most notably, the King rapper spent seven months in federal prison in 2009 stemming from a weapons arrest two years prior, to which he struck a plea deal.

Less than a year later, T.I. wound up back behind bars after being arrested on drug charges, which violated the terms of his probation. He was ordered back to the Arkansas prison from which he was originally released to serve an 11-month sentence.