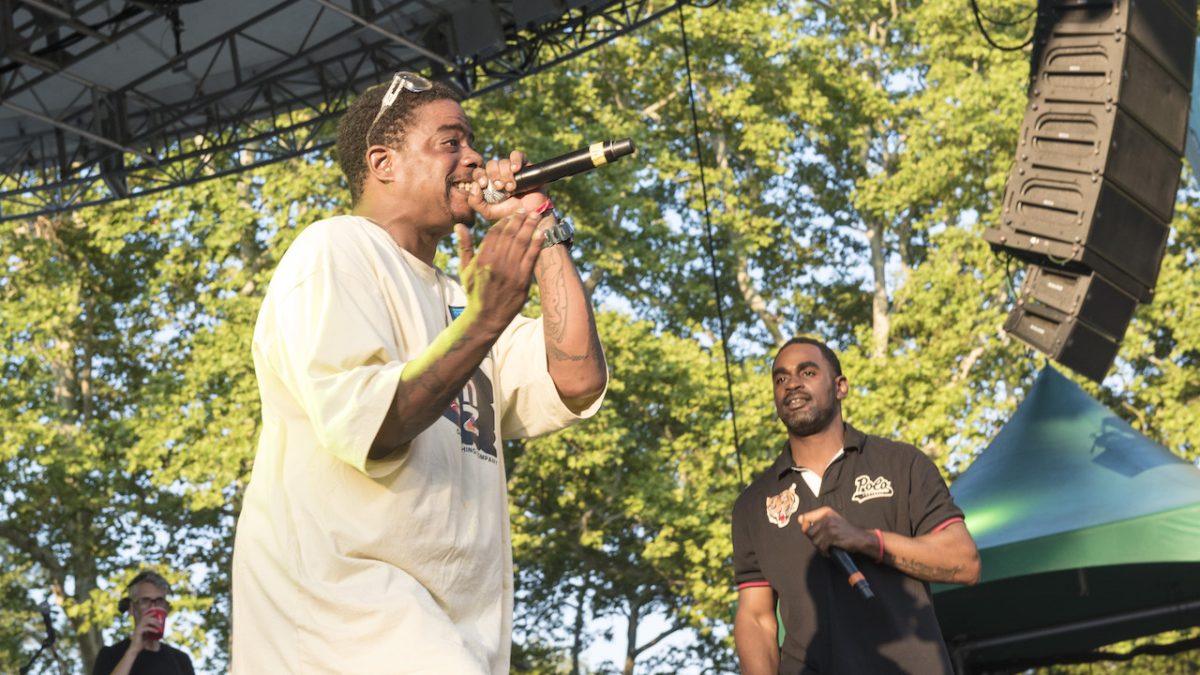 Tame One Of Artifacts Has Passed Away At Age 52

Tame One, a founding member of the New Jersey-based Hip Hop collective Artifacts has passed away at the age of 52. No cause of death has been released.

His passing was confirmed by Rah Digga, who posted an emotional tribute and offered her condolences on Instagram.

Hailing from Newark, New Jersey, the Artifacts consisted of Tame One, El Da Sensei and DJ Kaos. Also known as “The Brick City Kids,” the Artifacts dropped their debut album, Between a Rock and a Hard Place on October 25, 1994.

The project was critically acclaimed for its b-boy and graffiti motifs and the album featured production from Buckwild of D.I.T.C., along T-Ray of the Soul Assassins crew.

Their sophomore album, That’s Them was released on April 15, 1997, and the group split up soon after its release.

Over the years, the Artifacts would reunite for occasional performances but didn’t release another project until this year’s No Expiration Date, a joint project with producer Buckwild, released in August 2022.

As a solo artist, Tame One — who’s also Redman’s first cousin — released six solo albums, three mixtapes and three collaborations: one with former labelmate Cage as Leak Bros (Waterworld), one with Del The Funky Homosapien (Parallel Uni-verses) and The Revolution with Dro Pesci and Nick Jackelson.

When the news of Tame One’s passing broke, many took to social media to share their memories of the trailblazing MC.

“Rest East Tame One of the mighty Artifacts crew…Had the pleasure of working with him many moons ago. MY deepest of condolences to his closest friends and family,” veteran A&R Dante Ross tweeted.

Statik Selektah honored Tame One and the Artifacts for keeping the tradition of graffiti at the forefront of their artistry.

“If you ever tagged your name with a magnum marker then you were connected to what Artifacts is to us,” his post read. “Tame One r.i.p.”

Rest East Tame One of the mighty Artifacts crew…Had the pleasure of working with him many moons ago. MY deepest of condolences to his closest friends and family🙏

If you ever tagged your name with a magnum marker then you were connected to what Artifacts is to us. Tame One r.i.p.

Producer Just Blaze, a fellow New Jersey native, also shared his memories of Tame One on his Instagram.

“RIP my big bro and hometown hero Tame One @tamerdizzle of the mighty Artifacts / Boom Skwad,” he wrote. “He and @____.senseifromnj were the first 2 signed artists to ever rhyme on something of mine back in the Pipeline nightclub days in Newark thanks to @maliqmania and @black45nj_ , along with the Outsidaz shortly after that.

“That happening gave me the confidence and belief that I could possibly do this music thing for real. Fast forward almost 30 years later and I’m proud to call him a friend as well as still be fan.”

HipHopDX sends our deepest condolences to the family and friends of Tame One.