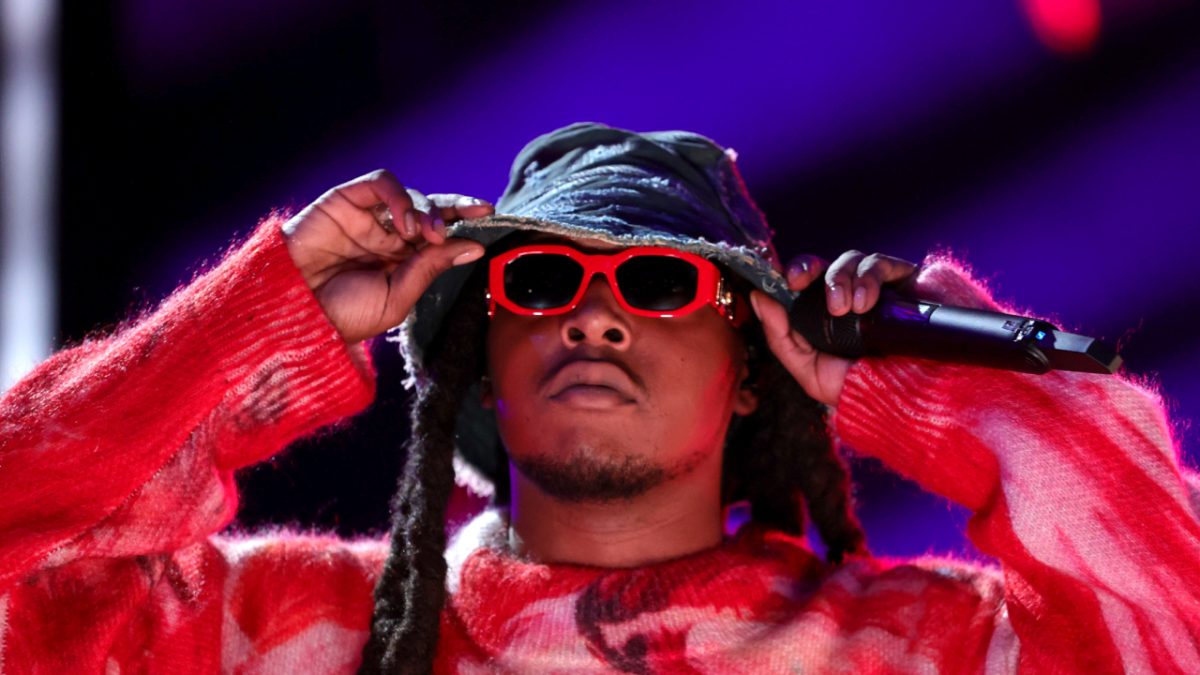 As TakeOff’s murder case continues to unfold, a lawyer representing rapper Lil Cam said his client did not shoot the Migos rapper despite him being slapped with weapons charges.

Lil Cam (real name Cameron Joshua) was arrested in Houston, Texas on November 22 and charged with felony unlawful carry of a weapon. The 16-year-old rapper, who is allegedly affiliated with J. Prince Jr.’s Mob Ties Records, is believed to have been in attendance at the private party where TakeOff was murdered.

“We believe Cameron Joshua has been appropriately charged in this case,” lead prosecutor Matt Gilliam told reporters during a press update. “And we’re continuing our investigation into the death of TakeOff.”

Christopher Downey, who is representing Lil Cam, told reporters his client was not responsible for the Migos rapper’s murder and that online speculation wasn’t helping the situation.

“I haven’t seen anything to suggest that Cameron Joshua had anything to do with the shooting, that he discharged a firearm that caused [TakeOff’s] death or was he even involved,” Downey said. “My understanding is there was some type of skirmish.

“I’m familiar with all the Instagram sleuths. They remind me of the blind guy who tries to figure out an elephant and grabs its trunk and thinks it’s a snake. The bottom line is they’re wrong. Cameron Joshua did not shoot TakeOff.”

TakeOff (real name Kirshnik Ball) was shot and killed at age 28 after an argument outside a Houston bowling alley on November 1. While countless tributes to the rap star have poured in and a huge memorial service was held in his honor at Atlanta’s State Farm Arena, fans have been critical of the police for its seemingly slow response in solving his murder.

As Houston Police Chief Troy Finner told local outlet KPRC 2 last month, though, he’s happy with the progress being made in the investigation and is looking forward to the day justice is served.

“I feel good where we’re progressing,” Finner said. “You remember on that day, I met with his mother. I talked with that lady personally, made a promise and there’s a lot being said. We want all investigations on murders when people are being killed to move. But the main thing is we get it right.”

He added: “I do not want to send family members on a roller coaster ride and then we have to come back and say, ‘Woah, that wasn’t the person.’ I want everyone to be patient and just understand there will be some justice here in Houston, Texas.”

Finner, who previously urged witnesses to come forward with information about the shooting, added the person responsible for TakeOff’s murder will be found.

“I don’t want to discuss any details on it, but I can tell you that we will find this person and we will identify the person or persons responsible for TakeOff’s death,” he said. “I don’t like talking too much while investigations are going on. I’m a person that says, ‘You know what? Let people talk.’ But my talking is when we get that person and we put them in jail.”

Following TakeOff’s death, Offset pushed back the release of his solo album out of respect, while Quavo, who was present at the time of his murder, penned a heartfelt letter to his Unc & Phew partner.

“I’m just proud [to] be in your life. I’m proud to be ya UNCLE. I’m proud we saw the world and done things we couldn’t ever imagine together,” he wrote in part. “You will continue to send your blessings down from Heaven and I will continue to keep your name alive as long as I live.”