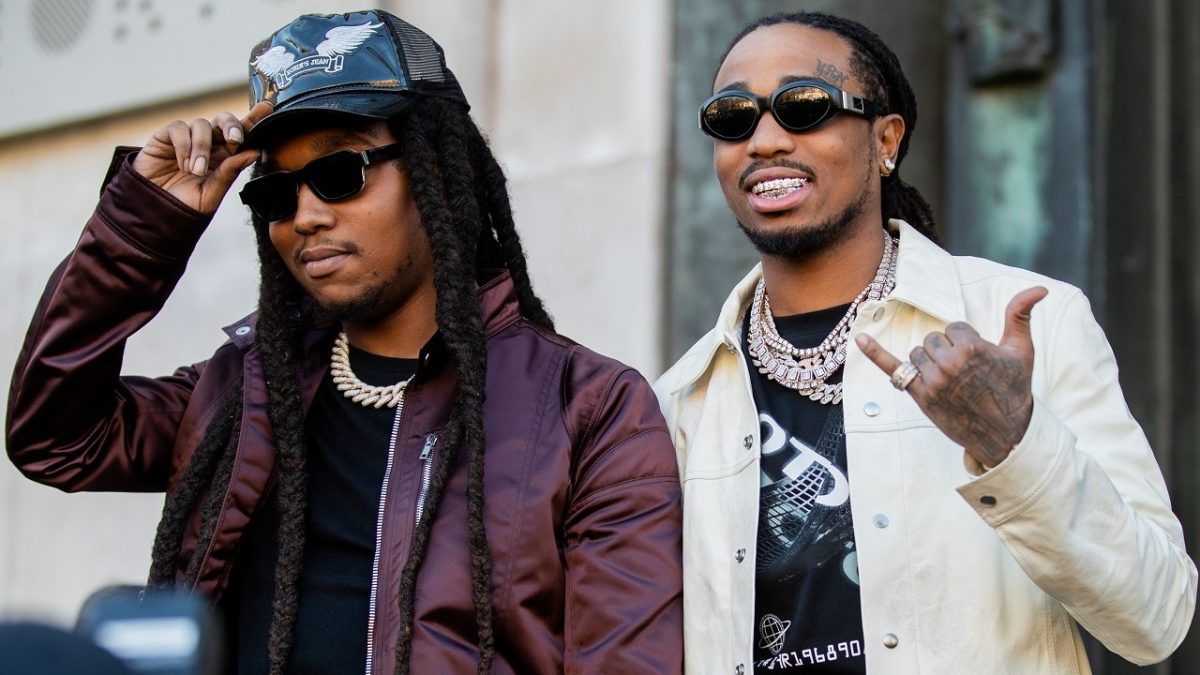 Quavo Pens Heartfelt Letter To TakeOff: ‘You Are Our Angel’

Quavo has penned a touching letter to his fallen partner in rhyme TakeOff, in which he said the word “nephew” did not adequately describe his Migos brethren.

The letter was posted to Quavo’s Instagram account on Saturday (November 12). The profile had remained dormant since a post made on October 31, just hours before TakeOff was shot and killed in Houston.

The letter, which is broken up into three slides, was posted over a collage of photos of the two artists at various points in their lives.

“Since we were kids you been by my side lookin up at me,” Quavo wrote, “them eyes waiting on me to make the move. then you followed up right behind me. You always made sure I did it first so you can do it right with me. You never competed with me, we were always on same team.”

He went on to share memories of play-fighting with his nephew, as the two dreamt of growing up to become professional wrestlers. Quavo’s letter temporarily shifts from addressing TakeOff in second person, to speaking to the general public.

“Throughout this whole time he had a REAL passion for music,” Quavo recounts, “it was HIS dream to become a rapper cuz I didn’t kno what I wanted to do. Sports wasn’t his thing cuz he saw me lose all the time.”

Nearing the end of the letter, Quavo returned to addressing TakeOff directly as he reflected on the nature of their relationship.

“This whole time I’ve been trying to figure what you really are to me because nephew wasn’t it,” the letter reads. “We hated that word ‘nephew’ or when they said ‘Unc and Phew’ cuz we always knew we were way closer than that and it made me feel old too.

“But I knew you weren’t my brother cuz you are my sister’s so, so I couldn’t say brother. Now I finally get it… you are OUR angel watching me and watching us this whole time in living form making sure EVERYONE FELT UR LOVE AND HUGS while u here and u made our dreams come true.”

As he closed the letter, Quavo seemed to tap more openly into his grief, writing: “I guess God just ain’t need my help. So can you ask Him for me what I gotta do to be with you again!!! In a place where there’s no pain, no demons, no jealousy, no envy, no greed. Whatever we have to do God to be at that place of paradise send us the tools now cuz we wanna be with Take.”

Just ahead of the letter, Quavo posted the photos which made up the collage backing his letter. The collection ranges from family photos of the two as toddlers to more recent pictures taken at the height of their success.

The Migos co-founders were together in Houston at the moment when TakeOff was shot, as they continued promoting their album Only Built For Infinity Links, which was released on October 7. Earlier in the day, the duo dropped “Messy” as the fifth video from the album. The clip has garnered 14 million views in just under two weeks.

Prior to sharing this letter, Quavo spoke about the loss of his nephew publicly for the first time, as he addressed the thousands of mourners who gathered for TakeOff’s memorial service in Atlanta on Friday (November 11).

Offset, who was believed to have been at odds with his Migos partners at the time of TakeOff’s death, also spoke at the funeral, though he has yet to issue a formal statement about the tragic loss. His wife Cardi B, however, shared a moving tribute of her own, on the day of TakeOff’s memorial service.

“This has truly been a nightmare and the pain is incomparable,” she wrote. “The emptiness your brothers are feeling is unbearable and I pray that you give Offset, Quavo, and your friends and family the strength to keep going as they are trying to cope with this loss.”

She added: “I believe that angels send signs and beautiful dreams to loved ones to assure them that they’re watching them and they’re okay and happy…send your mom some of those [praying emoji].”