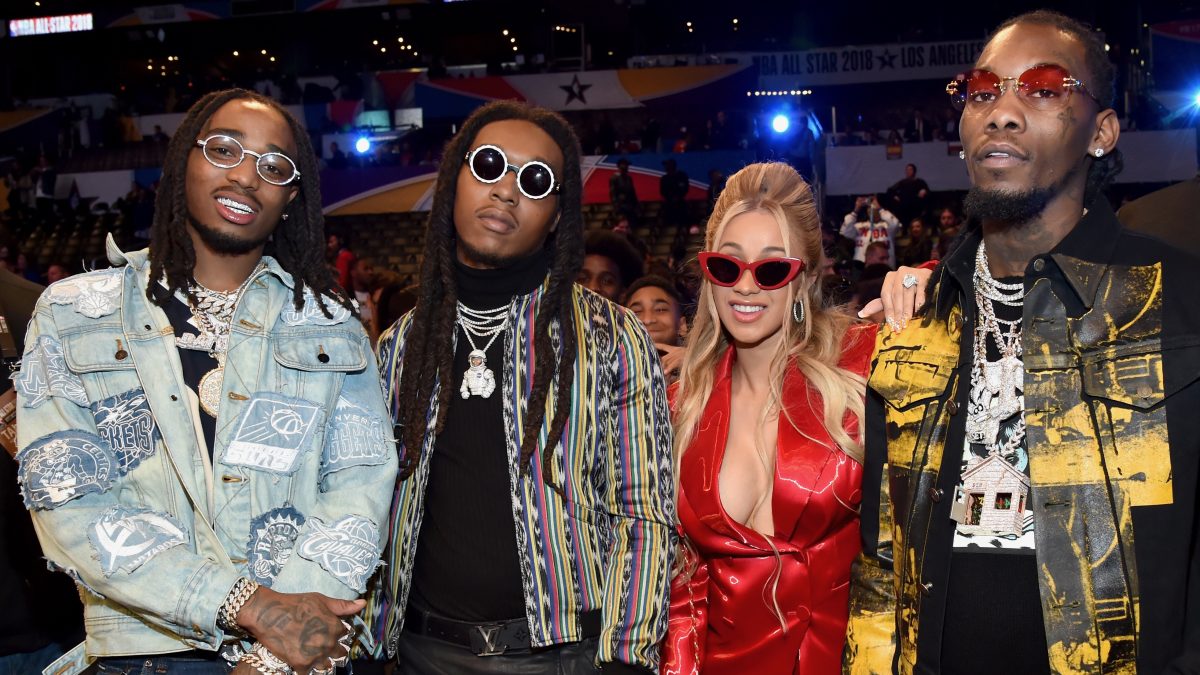 Cardi B Shares Moving Tribute To TakeOff: ‘I Am Heartbroken’

Cardi B has shared a moving tribute to TakeOff on the day of the late Migos rapper’s funeral, calling the loss “a nightmare” and the pain “incomparable.”

Friends and family of TakeOff (real name Kirsnick Khari Ball) gathered at Atlanta’s State Farm Arena on Friday (November 11) to say their goodbyes after he was shot and killed on November 1 at a Houston, Texas bowling alley.

Those in attendance at the memorial service included Cardi B and her husband Offset, who alongside TakeOff and Quavo rose to fame as part of Migos. After the service, the “Bodak Yellow” hitmaker took to Instagram to pay tribute to TakeOff.

“Takeoff your untimely passing has brought a great deal of pain and sorrow to so many lives,” Cardi began her post. “The impact you had in this world was so considerable and we have struggled to grasp this tragedy. I am heartbroken but I am grateful for all the precious memories we got to share while you were here with us.

“This has truly been a nightmare and the pain is incomparable. The emptiness your brothers are feeling is unbearable and I pray that you give Offset, Quavo, and your friends and family the strength to keep going as they are trying to cope with this loss.”

She added: “I believe that angels send signs and beautiful dreams to loved ones to assure them that they’re watching them and they’re okay and happy…send your mom some of those [praying emoji].”

Cardi B shared the tribute alongside a variety of pictures of TakeOff and Migos, each soundtracked by a different TakeOff verse from the Migos catalog including “Call Casting,” “T-Shirt,” “Gang Gang,” “Big on Big,” “Jane,” and “Fight Night.”

The final slide in Cardi’s post shows a DM exchange between herself and TakeOff, backed by TakeOff’s verse on 2021’s “Type Shit,” which also features Cardi B. The track appears on Migos’ most recent album, Culture III.

Cardi’s tribute post continued: “As a Migos fan it hurts me to look at pictures and videos of y’all together, and hearing y’all songs that changed the music industry and moved the culture and had the clubs lit [fire emoji]. It hurts because I know it will never be the same again—but I know your bros and y’all fans will make sure the world never forgets the impact you made.

“I will remember your remarkable talent and your dope ass personality. I pray that you are at peace and in paradise because you deserve every bit of it. I know God opened the heavenly gates for you with a warm embrace. Rest in power TakeOff [rocket and broken heart emoji] I will also love you 4L & after.”

Offset was among those who spoke at TakeOff’s funeral, delivering an emotional speech that included him praising his friend and cousin with changing “the culture of music forever.”

Offset announced on Thursday (November 10) that he was delaying the release of his new solo album following the death of his cousin.