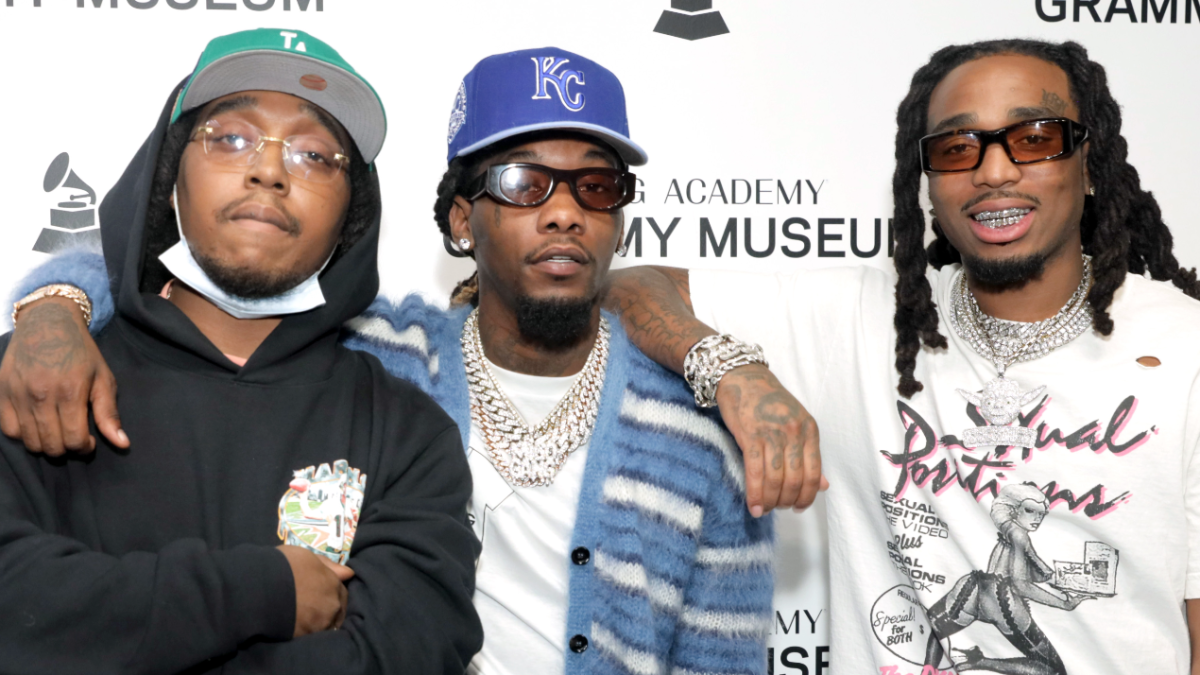 Cell phones and video equipment were not permitted during the sold-out service, however, someone managed to grab a few clips of the funeral, with one of those being Offset sharing words about his cousin and former Migos rhyme partner.

The grainy video footage shows Offset on stage, backed by two people, as he fights back tears during the emotional service. “Changed the culture of music forever, you did that Take,” Offset said. “You changed that flow. That flow came from Take, the originator. The originator of that flow. He changed the music.”

Quavo and Drake also spoke at the ceremony, according to a report from TMZ. The 6 God reportedly spoke about the brotherhood he developed with Migos, all the times they toured together, and comparing themselves to the legendary Rat Pack — Frank Sinatra, Dean Martin, Sammy Davis Jr., Joey Bishop and Peter Lawford.

Justin Bieber, Chloe Bailey and Yolanda Adams all performed during the ceremony for the late rapper, who was shot and killed at a Houston, Texas, bowling alley on November 1.

“I was really sad to hear the news,” Reverend Curney said in a statement last week. “Kirshnik has been a faithful member since he was ten years old. He and his family were active and avid supporters of the church and the community as a whole.”

TakeOff had just joined Quavo for their first joint album together, Only Built for Infinity Links, while Migos wrapped its critically lauded Culture trilogy with Culture III last June. Takeoff also released his first solo album, The Last Rocket, in 2018.