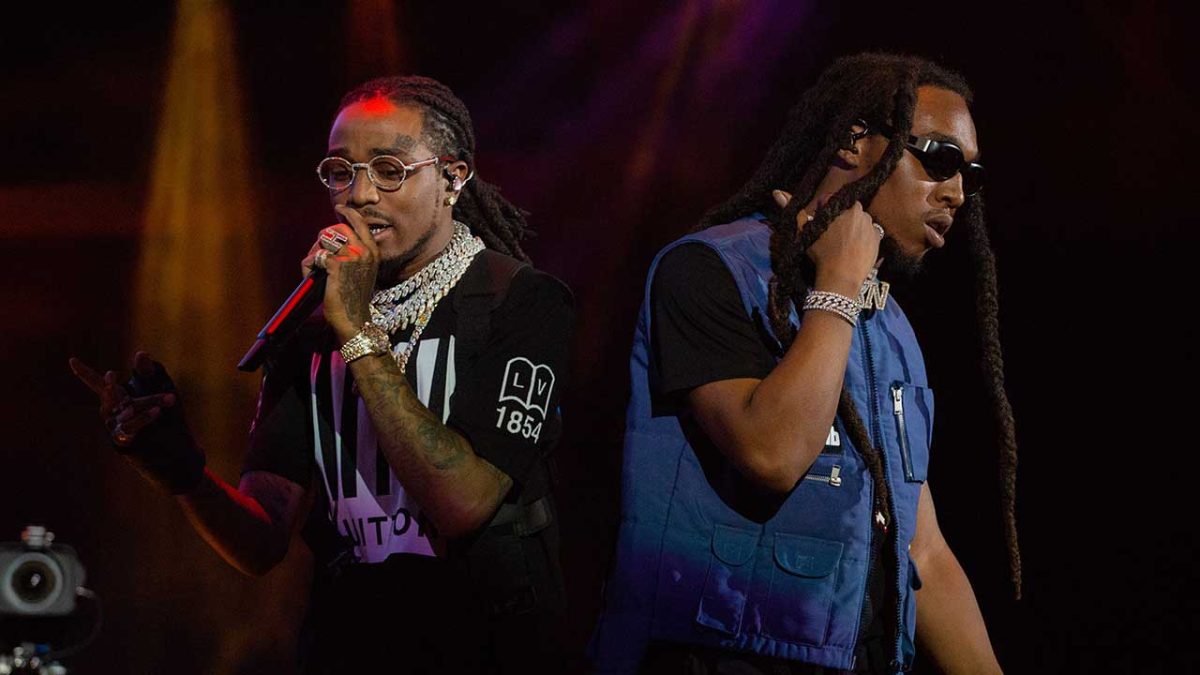 TakeOff’s murder has resulted in a pair of arrests but new details continue to emerge from the tragic night that took the life of the Migos rapper.

According to an affidavit viewed by New York Times reporter Joe Coscarelli, Quavo was involved in a lucrative dice game outside Houston’s 810 Billiards and Bowling Alley and then got into an argument after losing money to a pair of individuals.

A man identified as Willie Bland then got involved in a physical confrontation in defense of Quavo and ended up striking one of the opposing individuals, per video surveillance footage.

Two people then exchanged gunfire, one of which has been confirmed to be Bland. However, the location of Bland at the time of the shooting was not consistent with the injuries suffered by TakeOff to deem him responsible for his death.

new details in the killing of Takeoff from a search warrant affidavit filed this week:

-suspect charged in part bc of fingerprints left on a wine bottle he was holding during the shooting pic.twitter.com/ms51RkK10Q

Patrick Xavier Clark — reportedly known as DJ Pat in H-Town — was apprehended on the city’s Eastside on December 2 and charged with the murder of TakeOff (real name Kirshnik Khari Ball) which took place outside 810 Billiards and Bowling Alley in Houston on November 1, 2022.

Per the affidavit, Clark was the only other person seen discharging a weapon. He then fled on foot to the nearby House of Blues and while shooting also had a bottle of wine in his other hand.

Police noticed that he brought the wine bottle with him to HOB and left it in the parking lot where authorities tested its fingerprints and connected Clark to TakeOff’s murder.

The first arrest in the TakeOff shooting was made last month when Lil Cam (real name Cameron Joshua) was taken into custody in Houston, Texas on November 22 and charged with felony unlawful carry of a weapon.

The 28-year-old was laid to rest with a celebration of life ceremony at State Farm Arena in Atlanta on November 12 in front of 21,000 mourners. TakeOff made his first posthumous guest appearance on Metro Boomin’s Heroes & Villains cut “Feel The Fiyaaaah” alongside A$AP Rocky.