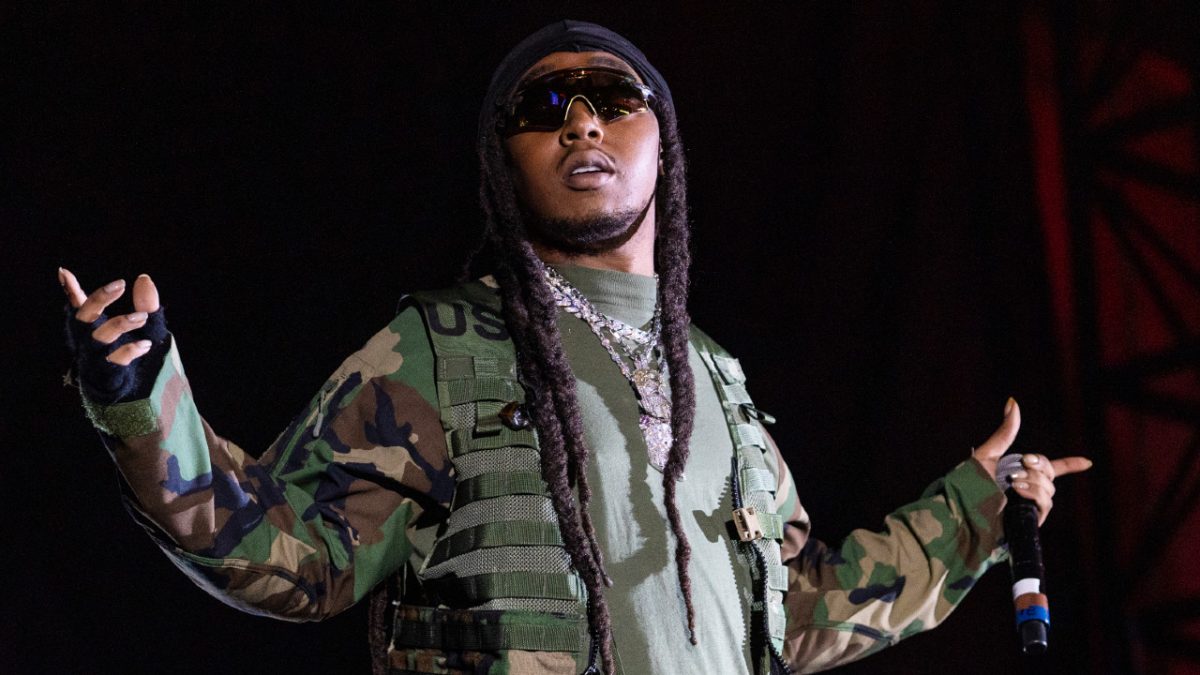 Takeoff has been memorialized in an awe-inspiring portrait gifted to his father, as the late Migos rapper’s family is dealing with the immeasurable loss.

Artist Ron Da Don first shared the portrait he created entirely with colored pencils on his Instagram account on Friday (November 18), just before revealing the special moment he presented it to Takeoff’s father, Kenneth Ball, the following day.

“So hopefully when times get a little hard, you know, you get to missing him, you can just look at the picture,” Ron said to Ball. “I wanted it to seem like he was a part of the galaxy.”

In his post with a closeup of the art, Ron explained how being commissioned for it made him appreciate Takeoff even more.

“What a honor it is to be able to fully capture the essence of #takeoff through my art to this capacity,” he wrote. “The dedication this took really made me appreciate the life and legacy of Kirshnik, he was much more than who he became to be! From interviews to his verses alone , understanding not only the person but the talent and vibe he possessed was nothing short of AMAZING ! There will never be a shining star as special as Kirsnick Khari ‘Takeoff’ Ball!”

Tributes have been pouring in for the Atlanta native from around the globe since he was tragically shot and killed outside of 810 Billiards & Bowling in Houston on November 1. In a recent interview on Stephen A. Smith’s Cadence13 Know Mercy podcast, Fat Joe even compared his influence to that of legendary Hip Hop crew Run-DMC.

“It’s like these kids are getting killed every other week,” Joe began. “TakeOff, who recently got killed — rest in peace — he’s like the Run-DMC of this time. He’s not no regular rapper, he’s a big deal.”

Other artists, like Gucci Mane and Boosie Badazz, have paid homage on wax with songs “Rocket Man” and “Letter To Takeoff,” respectively.

An arrest has yet to be made in connection with the fatal shooting, and Takeoff’s aunt (who is Quavo’s sister) is demanding answers.