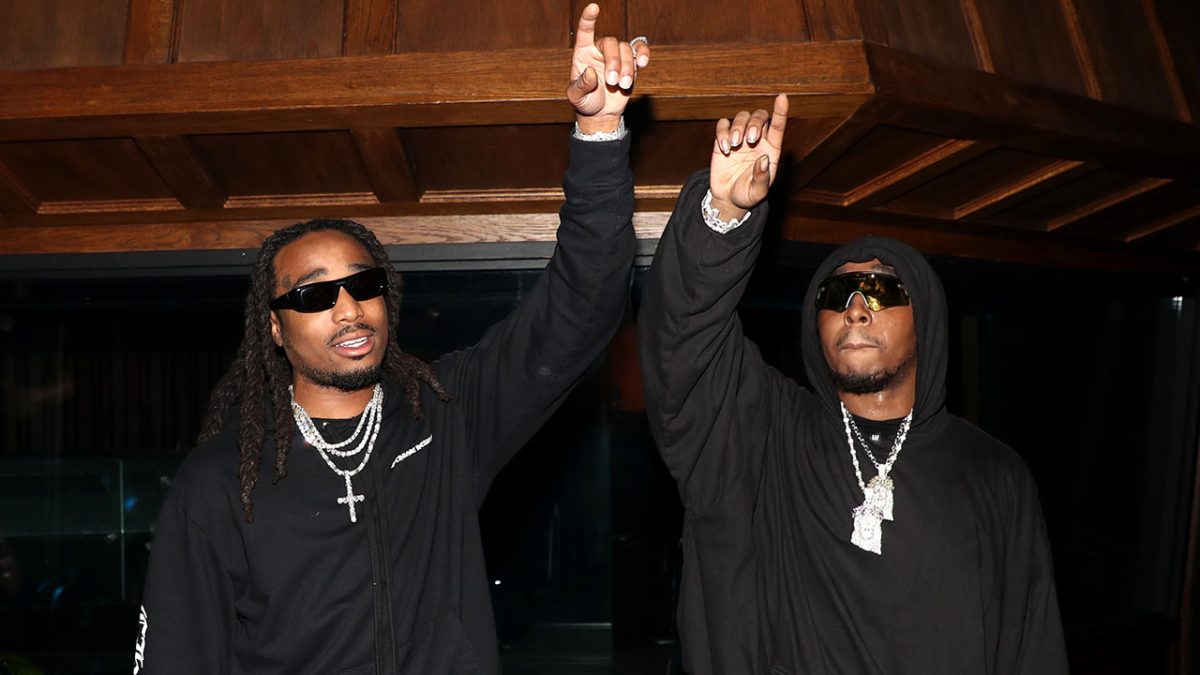 Quavo's Sister Demands Answers Over TakeOff's Death: 'Find Out Who Did This...By Any Means'

The Hip Hop community is still reeling from the loss of TakeOff and no arrests have been made in the case by authorities yet.

Quavo’s sister is demanding answers as she put forth a public plea looking for help in finding the person responsible for the 28-year-old Migos rapper’s death.

“Find out who did this to my nephew!!!! By any means,” she wrote to her Instagram Story earlier this week. Takeoff was shot multiple times and killed outside of 810 Billiards & Bowling in Houston during the early hours of November 1.

The Harris County Medical Examiner listed his cause of death as “penetrating gunshot wounds of head and torso into arm.”

In a clip obtained by TMZ, Quavo can be seen and heard arguing with someone outside the Houston bowling alley. TakeOff can be seen standing just a few feet away from the tense exchange, which seemingly centered around basketball. Quavo, who was reportedly playing dice at the time, can be heard saying: “Man, I don’t care about no basketball, bruh … Don’t play like that, bruh.”

Moments later, a physical altercation breaks out, followed by gunfire. Over 10 shots were fired, with TMZ speculating they came from more than one weapon. The video in question shows an individual reaching for a weapon and he has been identified as a person of interest in the shooting.

Law enforcement sources said Joshua “Wash” Washington was shot as well outside the bowling alley, and the 23-year-old was rushed from the scene to the hospital with non-life-threatening injuries.

Washington reportedly served as Quavo’s day-to-day assistant and is part of the operational management team over at Huncho Records. In addition to Wash and Takeoff, there was also a 24-year-old female shot as the other victim who is expected to survive her injuries.

Quavo Pens Heartfelt Letter To TakeOff: ‘You Are Our Angel’

The video footage shows Offset on stage, backed by two people, as he fights back tears during the emotional service. “Changed the culture of music forever, you did that Take,” Offset said. “You changed that flow. That flow came from Take, the originator. The originator of that flow. He changed the music.”