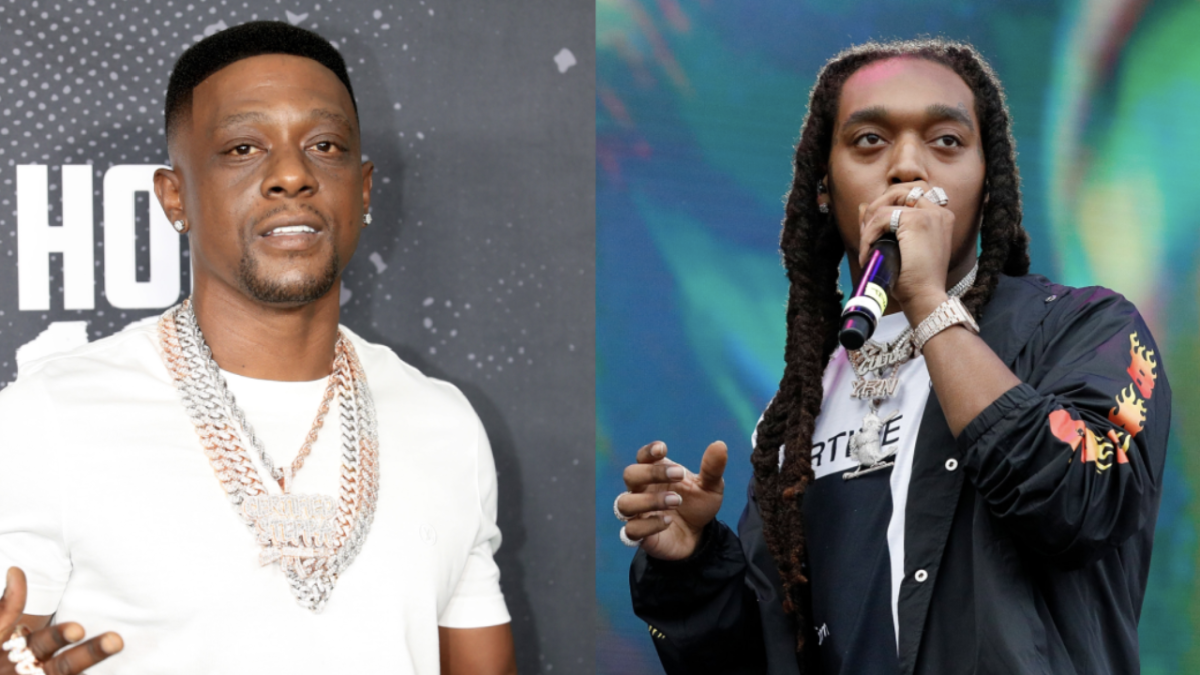 Boosie Badazz has paid tribute to the late Takeoff with his new song “Rocket Man.” The track hit streaming services on Tuesday (November 15), two weeks after the Migos rapper was tragically killed in Houston.

The Baton Rouge native gets candid on the dark cloud overseeing Hip Hop and how rappers are continually being targeted in their own communities.

“No, it’s a roof but these stars say where my ceilin’ at/Can’t too many stitch Boss Mane on they fitted cap/Rappers used to be heroes, now they shoot us down like we free throws/Like killin’ a rapper the G Code,” he raps.

Boosie echoed a similar sentiment in a video posted to social media following Takeoff’s murder where he spoke on how rappers used to be looked at as “heroes” instead of targets.

“This rapper shit whack, man,” he said. “I don’t even want to be looked at as a no rapper no more. I’m an entrepreneur, man. This rapper shit whack. They don’t want rappers to live, bro. Everybody want our place and shit. We in danger right now, boi. We used to be heroes.”

About 500 miles away in Atlanta, Gucci Mane also paid homage to Takeoff among other rappers the culture has lost in recent years on the pensive “Letter to Takeoff.”

“Just left another funeral, I shed a tear / I’m still in disbelief, I can’t believe it’s real / I think about the memories, it give me chills / I’m wonderin’ why they left the fake and took the real,” he raps over Zaytoven production.

He continues: “Like, how the fuck we gon’ lose Takeoff? Damn, he didn’t deserve it / We don’t supposed to question God, but, damn, Takeoff was perfect.”

In the outro, Gucci Mane sends his condolences to Takeoff’s family and friends, while recalling the first time he met him in the studio.

“Takeoff, you will forever be in my heart,” he says. “It’s been over 10 years since I met you at my studio. I knew immediately you would be a star. You left behind some amazin’ memories that will last forever. There’s not a day that goes by that I don’t think about you. We talk about you still and you will never be forgotten. Love, Gucci.”

Takeoff was shot following an altercation outside 810 Billiards & Bowling in Houston on November 1 when gunfire rang off and fatally struck the Migos rapper while leaving two others hospitalized. He was laid to rest with a Celebration of Life ceremony in Atlanta last Friday (November 11).

Listen to “Rocket Man” below: