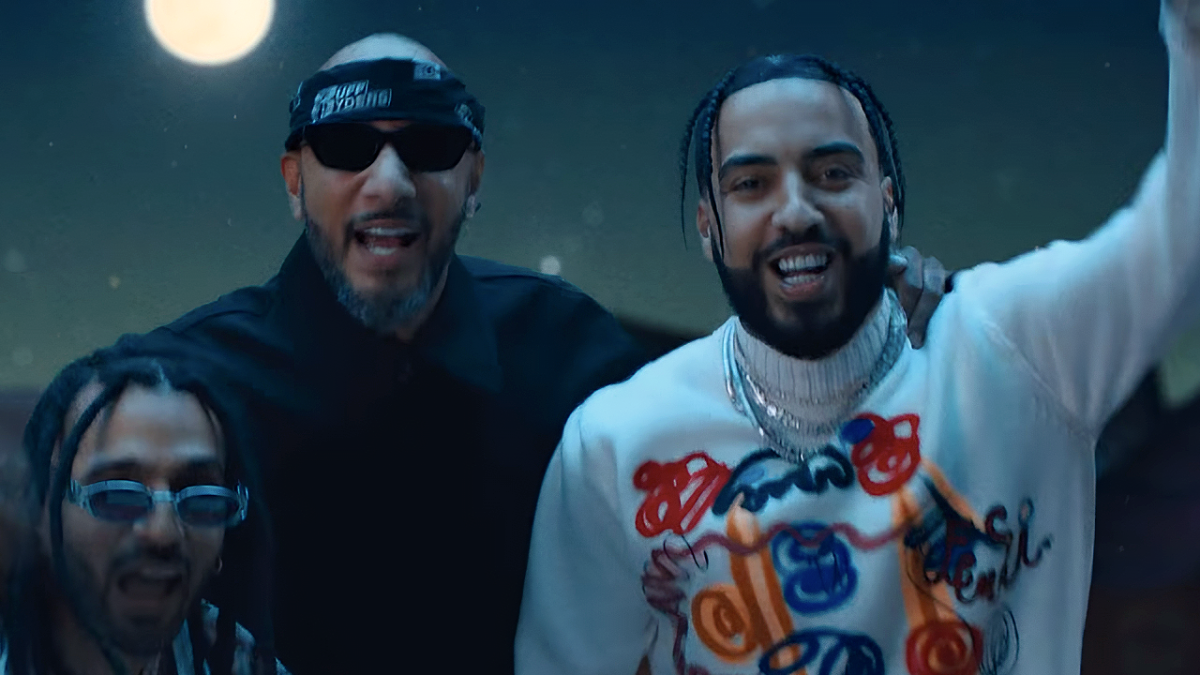 French’s birthday bash went down at his lavish Hidden Hills mansion on Wednesday night (November 9), with the rapper sharing a video of Swizz’s animal gift on his Instagram page. In the clip, the duo approached the camel as it sat on the ground next to a handler.

“Shout out to my n-gga, Swizz,” French said. “He got me a camel for my birthday.”

The two laughed up a storm as the camel pulled away after French tried to pet it, while someone off-camera asked: “What if it spits?”

French Montana was joined by several celebrity guests at his birthday party, including fellow artists Lil Durk, Chris Brown, Soulja Boy, Dreezy and King Combs, as well as Jamie Foxx, Vin Diesel and Tiffany Haddish. Big Draco was in a generous mood at the party as he gave the Bronx native credit for being the first rapper to do something.

“French the first rapper with a snake at the party,” Soulja Boy declared in a clip uploaded to French Montana’s Instagram Story.

French Montana’s birthday comes on the heels of him announcing the sixth installment of his beloved Coke Boys mixtape series. Titled Coke Boys 6: Money Heist Edition, the project is due to be released on December 9 and will feature the likes of Max B, D Thang and the late Chinx.

The Coke Boys capo has been keeping himself busy outside of music, working to improve the Ugandan healthcare system. During the annual Pencils of Promise Gala in New York City last month, French received the 2022 Innovator Award for his humanitarian efforts in the African country.