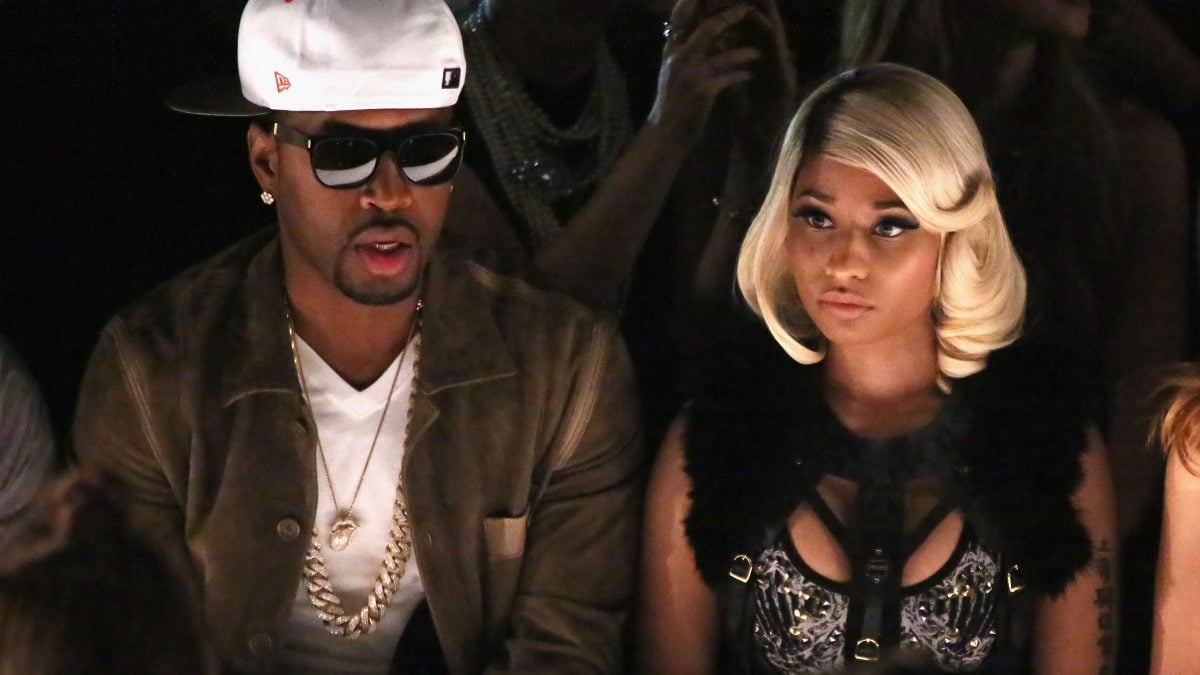 Safaree Shares Old Photo With Nicki Minaj: ‘I Wouldn’t Change Anything About My Past’

Safaree, Nicki Minaj‘s ex-boyfriend, has made it clear that he’s not ashamed about his failed past relationship with the multi-platinum selling rapper.

On Thursday (December 8), the Brooklyn native (real name is Safaree Samuels) seemingly acknowledged Nicki’s 40th birthday celebration by reposting a photo to his Instagram story from over a decade ago when the pair were romantically involved.

The image, which was initially shared by rapper Loustar of Nicki Minaj’s former rap group Hoodstar and reposted by The Source, captures an early studio session of the group clad in matching throwback jerseys.

Before re-sharing the archived, never-before-seen flick to his IG story, Safaree jumped in the comments of The Source‘s post and emphasized how important that moment was to him personally.

“A vital part of history,” he wrote. He then continued by comparing himself to embattled rapper and producer Kanye West while also making it clear he has zero reservations about that specific era in his life.

“I wouldn’t change anything about my past!!,” Safaree wrote in part. “I’m like Kanye I love everybody.”

Safaree and Nicki Minaj dated from 2000 until their bitter break up in 2014. During their nearly 15-year relationship, the Love & Hip Hop: Atlanta star allegedly worked on several of the “Super Freaky Girl,” MC’s albums including Pink Friday, Pink Friday: Roman Reloaded and The Pinkprint.

In 2015, Safaree actually threatened to sue Nicki Minaj for royalties from the aforementioned projects which he said he was owed based on his contributions to the LPs.

Despite their sour separation, which in years past Safaree has attributed to Nicki Minaj’s former ex-boyfriend, rapper Meek Mill, Samuels has claimed on multiple occasions that Nicki was one of the best partners he has ever had. Following an interview with Power 105.1’s The Breakfast Club in January of 2015, Safaree killed rumors that he was Nicki Minaj’s ghostwriter during their relationship and also expressed how grateful he was to have met her in a lengthy Twitter rant.

“I wanna say 1 thing cuz ppl like to take bs and run with it..,” Samuels wrote on Twitter at the time. “If there was anything in my interview that came off the wrong way towards nicki i apologize and want ppl to kno that she was the best thing that ever happened to me and is a great person inside and out and the most talented person i kno.. and i never said i wrote her raps.”

Safaree went on to describe Nicki Minaj as, “one of the best,” and also vouched for her ability to craft strong projects on her own without his help.

“She is wayyy more than capable of writing a album on her own without me!,” he added. “shes not a dumb person, so its easy for smart ppl to come up with the witty and smart things that she says! i dnt kno about other ppl but i kno when it comes to writing flow n delivery she is 1 of the best if not the best.she has her style i have mine. so stop saying i write her stuff! not true!!! she sits w/a pen&pad &does it herself!God bless.”

Both Safaree and Nicki Minaj have moved on since their long-term relationship together. In 2019, Saree married his Love & Hip Hop: Atlanta co-star Erica Mena, but Mena officially filed for divorce at Fayette County Superior Court in May 2021 while pregnant with their second child.

On the other hand, Nicki Minaj married Kenneth “Zoo” Petty in October 2019 and gave birth to their son Papa Bear in September 2020.