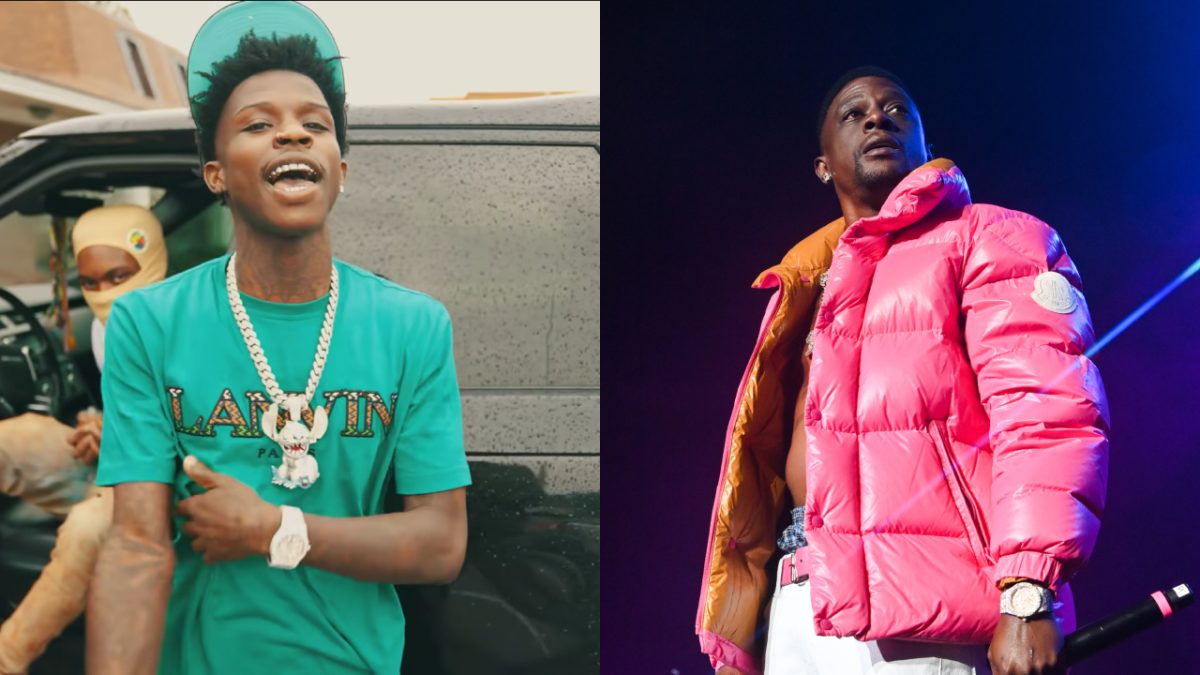 Boosie had previously gone viral after he treated cops to a free performance of his hit “Set It Off” while being pulled over in August. In a video captured of the exchange, the Baton Rouge rapper is seen standing outside of his vehicle on the highway, surrounded by police officers.

“They got me pulled over again so I’m finna perform a concert in front of the police,” Boosie said before rapping his signature track acapella. He then further antagonized the officers by asking: “Are we going to jail or not? That’s the question. The money ready. This pocket change. This is fucking pocket change.”

It seems Boosie’s performance inspired Quando Rondo, who expressed similar exasperations at a pair of police officers who recently pulled him over and had him step out of his car.

Quando’s run-in with the law is the latest bit of bad luck to befall the “ABG” rapper. In September, the Georgia native attempted to renounce his gang ties following the devastating death of his friend Lul Pab over the summer, but he was immediately clowned online for trying to lay down his flag.

“It’s time for me to spend time to myself and free myself from a lot of people,” Quando wrote on his Instagram Story at the time. “My Main Manz Gone & a lot more shit I’m cool on alot of shit if I feel like you not with me it’s no reason for me To be holding on to you no need to shake your hand or fake some with you ! I’m Living Life How I wanna live life whatever I wanna do ima do it you gone either gone get with it or get lost.”

He continued: “I’m my own man I layed my flag down I’m not NH yall ain’t gone ride for a n-gga foreal it’s no sense being apart of yall shit y’all fw the opposition,” he wrote. “Idgaf who feel hit Fucc u and if you can’t feel where I’m coming from on this you a bitch ass n-gga cuz it don’t take rocket science to c what the fuck going on errbody all ready hate me.”

His lengthy post prompted replies from his peers including the Florida rapper Julio Foolio.

“Dawg homeboy died in cali he trynna squash beef and throw his flag in it’s to late for that nephew,” he wrote on his Instagram Story.

Boosie Badazz Rages While Being Handcuffed In Georgia: 'I'm Ready To Fight!'

Nipsey Hussle’s friend and fellow Crip J. Stone also admonished the 23-year-old, and called him out for being an “internet banger.”

“You can’t drop yo flag and say you not NH no mo,” he said. “N-gga go to the hood and get yo put off. Don’t cry now. We lose homies all the time. Not every body gon ride. You was a goofy/internet banger anyway.”

Quando Rondo replied, and said no one is in a place to call out his decision. “Before you go to talking about another n-gga sit bacc and think like I don’t even got 200 bandz cuz you need way more than that to stand with me! Y’all n-ggas still think 20k is up,” he wrote on his IG Story. “I can careless what somebody think get in my way and ima knocc you down simple NO CAP.”

As for Boosie Badazz, he’s currently gearing up to release a joint album with T.I., which he proclaimed will be better than Drake and 21 Savage’s Her Loss, which just debuted at No. 1 on the Billboard 200 with huge first-week numbers.