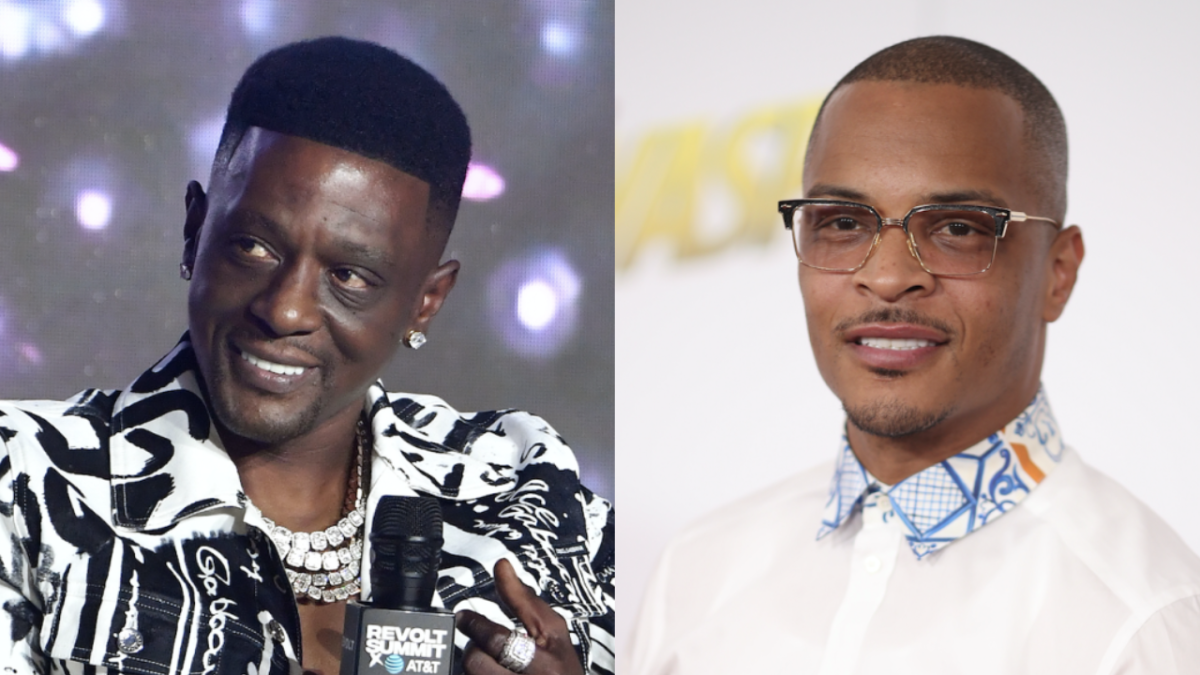 Boosie Badazz claims his upcoming studio album with T.I. will be harder than Drake and 21 Savage’s Her Loss.

The Baton Rouge, Louisiana native made the comment during a recent conversation with Fat Joe on Instagram Live. Joey Crack had asked Boosie if the album would surpass Her Loss, and he wasted no time saying he believed it is even after hearing what Drizzy and 21 cooked up.

“I heard Drake and 21 album, it’s hard, but I don’t think it’s harder than our album,” Boosie said as Fat Joe raised his arms in the air in excitement. “Man, it’s Rubberband Man and Badazz. This shit different, wait till you hear it, bro.”

Boosie then explained he and T.I. didn’t have a title for the joint album yet. However, they were in the process of “shopping” around for a name.

If that weren’t enough excitement, Boosie announced he has a Christmas movie on the way that he claims is the “new Home Alone.” The film is slated to star Flavor Flav and will drop on Christmas Day.

Boosie first mentioned he and T.I. were working on the album in September during a conversation with B High ATL. According to the 39-year-old, the two worked remotely but planned on completing the album in a studio.

“Me and T.I. got an album on the way,” the Baton Rouge native said. “We send [the songs] back and forth, and we gonna get it in for the last rodeo and knock out our last five. He sending me shit, I’m sending him shit. I gotta come with it, that’s Tip! We snapping, bro. This was overdue.”

Boosie Badazz and T.I. have collaborated several times in the past on songs such as “Jet Fuel,” “Spoil You,” Young Thug’s “Can’t Tell” and more. Their joint album would be the first time the two actually got together to record a full-length project.

Drake and 21 Savage’s Her Loss has been making a lot of noise since dropping on Friday (November 4). On Saturday (November 5), HITS Daily Double projected the 16-track album will debut at No. 1 on the Billboard 200 chart with between 335-350K first-week units, including 425-450 million on-demand streams. Boosie and T.I. will be tasked with a tall order with their new project if they plan to release an album that’s on the same level as their peers.