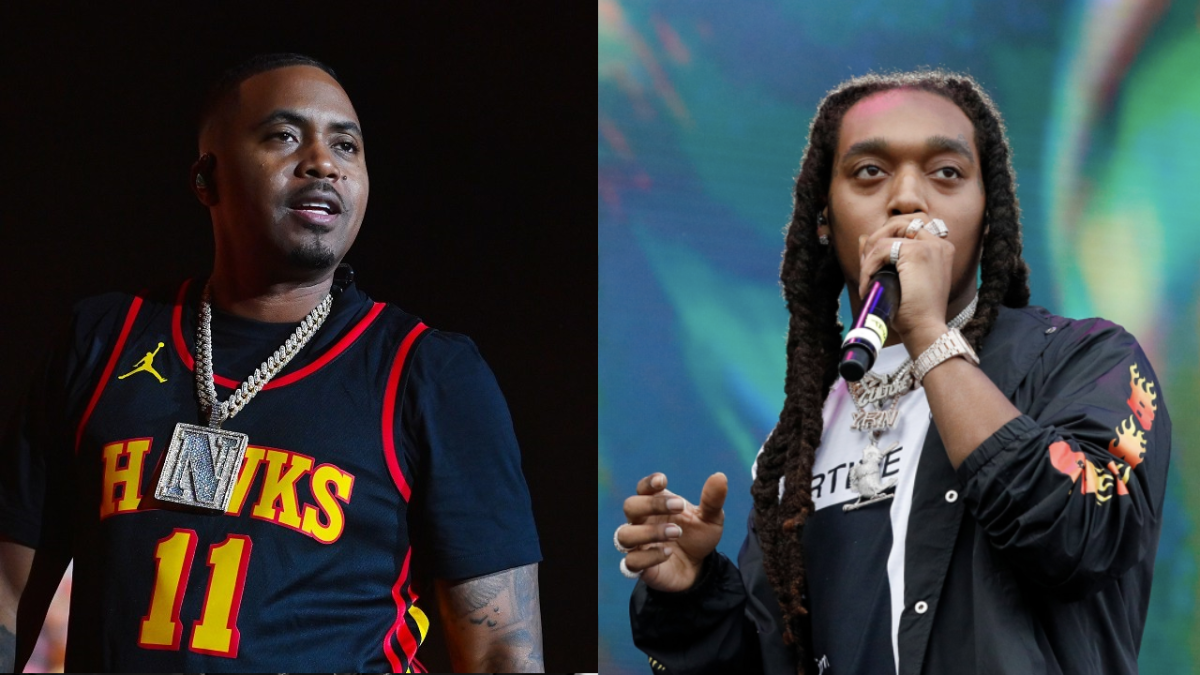 Nas took a moment out of his King’s Disease release party to pay tribute to TakeOff and offer a powerful message to the Hip Hop community.

According to Ambrosia For Heads, Nas shouted the fallen Migos rapper out twice, offering condolences to his family, before going into a more general message.

“All that tough shit is cool when you’re growing up,” the veteran MC continued, “but we gotta learn that we’re here for a purpose, and there is a design that’s out here to make sure we don’t grow, to make sure that we don’t make it. And we gotta recognize that there is something in existence that’s trying to stop the youth from the hood from growing into its proper purpose.”

Tributes have continued pouring in for TakeOff in the days since he was gunned down in Houston on November 1. Like Nas, several members of the Hip Hop community have used the tragedy to address the gun violence that has claimed so many young artists.

Quality Control Music co-founder Coach K shared a similar sentiment when he paid homage to his protégé with a heartfelt Instagram post.

“Young Brothers we have to stop this senseless violence this not cool,” he wrote at the time. “Young brothers & sisters should be giving a chance to get to grow old. PLEASE start caring about life more.”

The celebration of life was officiated by Senior Pastor Jesse Curney III, whose New Mercies Christian Church counted TakeOff and his family among its congregants. Drake was photographed addressing the crowd, while shots were captured of Justin Bieber’s performance.

Following Bieber’s performance, and Drake’s speech — during which he paraphrased Maya Angelou —the surviving members of the Migos, TakeOff’s uncle Quavo and cousin Offset, both broke their silence, delivering their first remarks since the rapper’s untimely death on November 1.

Drake Honors ‘Legendary’ TakeOff During ‘Table For One’ Radio Show

While attendees were asked to place their phones in lockers before entering State Farm Arena, footage has been leaked of Offset’s emotional speech, during which he credited his cousin with creating the flow that “changed the culture of music forever.”

During the nearly 3 hour ceremony, Atlanta mayor Andre Dickens also presented TakeOff with the city’s highest honor, The Phoenix Award, which is presented to those who have made significant contributions to city. The award was accepted by Quavo, TakeOff’s mother Titania Davenport and his siblings Ezekiel Davenport and Heaven Davenport.