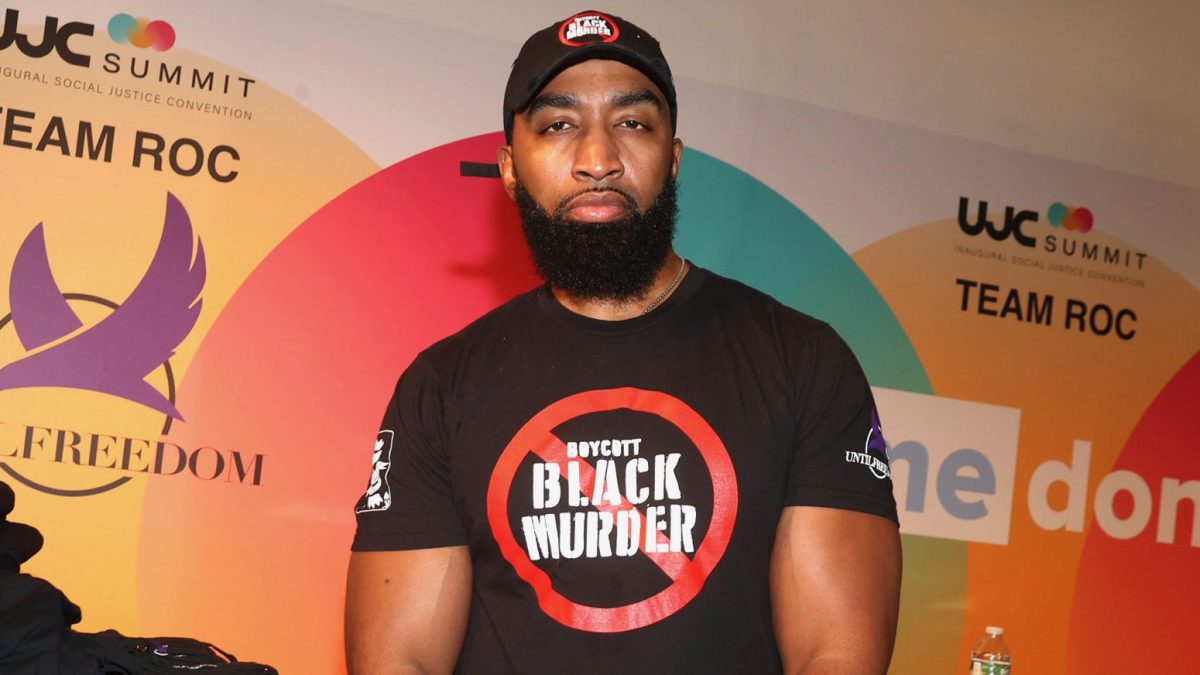 Mysonne is trashing all of his Nike shoes and calling for a boycott in response to the company suspending their deal with Kyrie Irving amid his antisemitic controversy.

In a series of posts to Instagram, the rapper/activist can be seen throwing his Jordans and dozens of other Nike sneakers into his building’s incinerator.

“If you so attached to Nike that it Bothers you that they are now TRASH in my Eyes therefore not only will I not wear or support it anymore,” Mysonne captioned one of the clips. “I refuse to donate Trash to anyone but the incinerator!!”

Understanding there will still be a need for kicks for those who follow his lead in disposing of their Nikes, Mysonne also provided a number of alternative Black-owned sneaker brands to replace Nike with.

“This is a list of 10 QUALITY Black owned Sneaker Companies!! Each one is Tagged and there’s a link in my bio to bring you to their sites!!” Mysonne captioned a slideshow of the different brands. “#F@ckNike Let’s buy our own shit!! We make these brands Hot!!!”

Earlier this month, Nike announced they were severing ties with Irving following his controversial tweet in which he promoted a book and movie containing some antisemitic rhetoric and sentiments. Effective immediately, the company cancelled the upcoming release of the Kyrie 8 shoe, which was due out on November 8.

In an Instagram post on November 13, Mysonne called for the company’s boycott, explaining that if Nike felt like Irving was that expendable that fast, he’d bring his money elsewhere.

“[Nike’s CEO] made a decision and he went with it, because he felt like that Black man was expendable,” Mysonne said. “And I said if he can part ways with Kyrie, then I should be able to part ways with him. Because if he’s willing to give up hundreds of millions of dollars that he would make off of a partnership with Kyrie, than I should be able to sacrifice me not spending my money with somebody.”

A number of others in the Hip Hop community also spoke out against Nike following its decision to part ways with Kyrie.

“Juice you for all your BLACKNESS, use you to sell everything they got then publicly LYNCH you,” The Game wrote under a Shade Room Instagram post earlier this month. “I’m woke.”

Waka Flocka tagged Ice Cube and his Big 3 Basketball league under a post about the news on Instagram, and jeweler Ben Baller also commented.

“At some point in our time there has to be a punishment maximum that cannot be exceeded for a hate crime of any kind,” Ben wrote. “I get it. He f*cked up… so what’s fair? Strip him dead?”
Kanye West also expressed his support, though he didn’t write anything outside of tweeting a photo of the NBA baller.

Earlier this year, Kyrie Irving spoke to HipHopDX about Kendrick Lamar’s vaccine lyric about him on the track “Savior.”

“Seen a Christian say the vaccine mark of the beast/ Then he caught COVID and prayed to Pfizer for relief/ Then I caught COVID and started to question Kyrie/ Will I stay organic or hurt in this bed for two weeks?” K. Dot raps on the Mr. Morale & The Big Steppers song.

“That’s art, man,” the seven-time NBA All-Star told DX at the 2022 BET Awards. “It makes a good conversation.” Irving added that he has not spoken to Kendrick since the song was released.