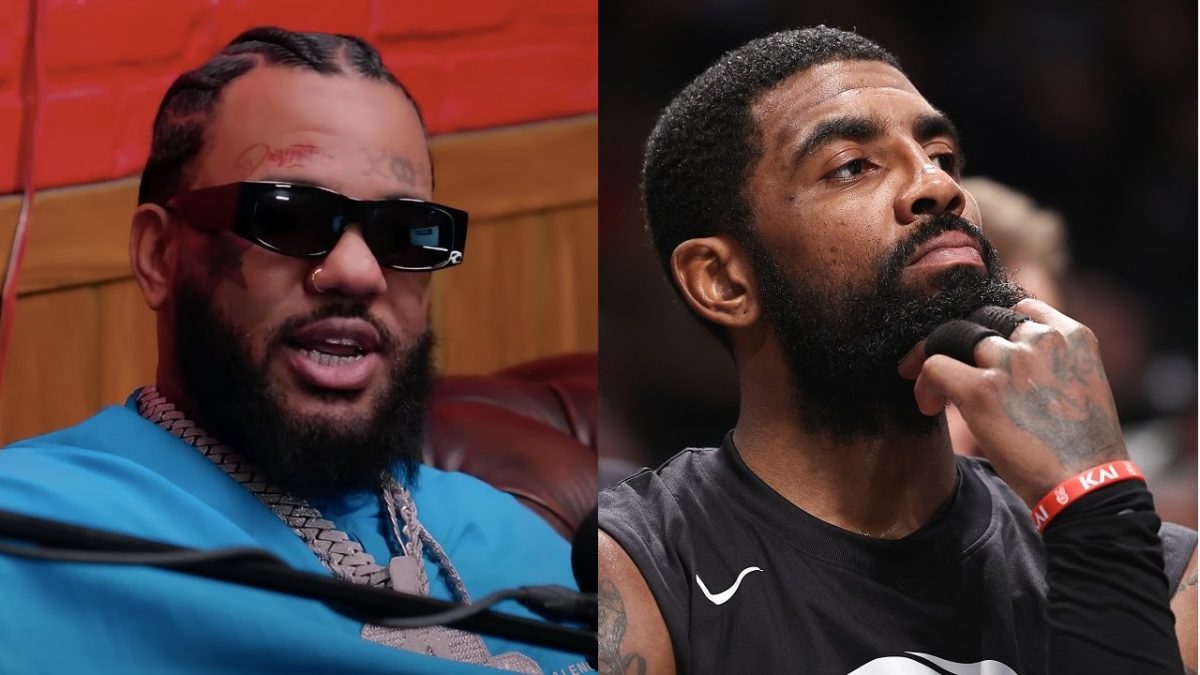 The Game has spoken out in support of Kyrie Irving, condemning Nike’s decision to suspend their relationship with the Brooklyn Nets star.

On Friday (November 4), Nike announced that it was severing ties with Kyrie Irving in the wake of a controversial tweet in which he promoted a book and movie containing some antisemitic rhetoric and sentiments. The Nike suspension took effect immediately, with the company cancelling the upcoming release of the Kyrie 8 shoe, which was due out on November 8.

“At Nike, we believe there is no place for hate speech and we condemn any form of antisemitism,” read a statement released from the company. “We are deeply saddened and disappointed by the situation and its impact on everyone.”

“Juice you for all your BLACKNESS, use you to sell everything they got then publicly LYNCH you,” he wrote. “I’m woke.”

Others from the Hip Hop community also chimed in, with Waka Flocka tagging Ice Cube and his Big 3 Basketball league. Renowned jeweler Ben Baller was a little more elaborate.

“At some point in our time there has to be a punishment maximum that cannot be exceeded for a hate crime of any kind,” he commented. “I get it. He f*cked up… so what’s fair? Strip him dead?”

The Nike decision came just one day after the Brooklyn Nets revealed Kyrie Irving had been suspended for five games, without pay. That decision, which was announced Thursday (November 3), also prompted some reactions in the Hip Hop world.

Most notably, Kanye West returned to Twitter less than a month after having his account locked after vowing to go “death con 3 on JEWISH PEOPLE,” and shared a cryptic photo of the embattled Brooklyn Nets star looking into the camera and holding a basketball.

He didn’t include a message with the photo, so his intention behind the post is unclear. Days prior, however, the Chicago rap mogul had voiced his support for Kyrie Irving by posting a black-and-white photo of the Brooklyn Nets guard on Instagram with the caption: “There’s some real ones still here.”

Ye appeared to have trouble tagging Kyrie in his Instagram post, though, as he later shared a screenshot of him searching for the NBA All-Star’s verified account, only to see a swarm of fake pages. In his caption, Kanye blamed the hitch on the “red media,” a term he previously used to describe media companies that are purportedly ran by Jewish people and have “teamed up” on him.

Kanye West had, in fact, misspelled Kyrie Irving’s name as “Kryie” in the search bar. But his accusation led to his Instagram account being suspended once again.