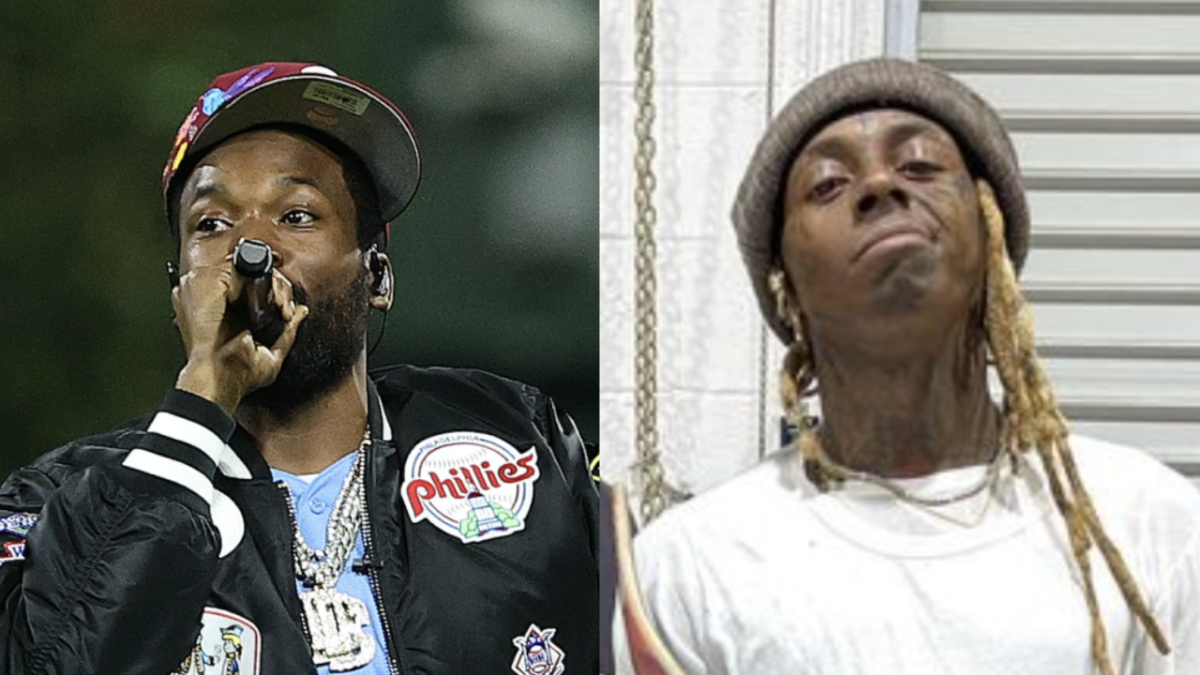 Meek Mill is looking to own the rest of November. With his anticipated Flamerz 5 mixtape set to arrive next week, the Philly rhymer continues to build hype around the project. This time, Meek has boldly compared Flamerz 5 to Lil Wayne’s fan-favorite No Ceilings series.

“FLAMERZ 5 ‘FOR PROMOTIONAL USE ONLY’ I’m on some no ceilings type timing DROPPING NOVEMBER.21st,” he wrote to Twitter. “This shit for the streets.”

Meek Mill kickstarted his Flamerz series back in 2008, which was pivotal in helping the rapper gain a buzz in his hometown of Philadelphia, Pennsylvania. The last installment arrived in March 2010 and featured appearances from Black Thought, Freeway, Gillie Da Kid and more.

The MMG rapper is now gearing up to revive the series more than a decade later as he looks to recapture the feeling of his gritty come-up with the fifth edition set to arrive on November 21.

Knowing a thing or two about intros, Meek teased the opening track on Twitter earlier this week. The song is produced by Dream Chasers’ Nick Papz and samples Survivor’s “Eye of the Tiger,” made famous by the 1982 film Rocky III (which was set in Philly).

“PLAY THIS BEFORE YOUR GAME … BEFORE YOUR WORKOUT … OTW TO WORK … COUNTING MONEY …. PLAY THIS SONG FOR MOTIVATION!!!!!!! PLAY THIS IF YOU BROKE AND NEED INSPIRATION,” he wrote while sharing a snippet of the song.

As for Lil Wayne’s No Ceilings, the first installment in the series arrived in 2009 to much acclaim, with Weezy rhyming over famed instrumentals such as JAY-Z’s “Run This Town,” Kid Cudi’s “Make Her Say,” Fast Life Yungstaz’s “Swag Surfin” and more. The mixtape finally found its way onto streaming services over a decade later in 2020.

No Ceilings 2 followed in 2015, while the third installment was unleashed in 2020. Hosted by DJ Khaled, No Ceilings 3 featured appearances from Drake, Young Thug, 2 Chainz, Big Sean and more across its sprawling, 34-song tracklist.

Meek Mill is set to close out November with a special homecoming concert in Philly to celebrate the 10th anniversary of his debut album Dreams and Nightmares.

The Dream Chasers boss announced the show on Monday (October 31), revealing he will be joined by a cast of special guests to help him celebrate his debut LP. The concert is scheduled to take place at the Wells Fargo Center in Meek’s hometown of Philadelphia, Pennsylvania on November 26.

Tickets for the show are now sold out, but some are still available on the re-sale market.

Dreams and Nightmares was released on October, 30 2012 and boasted appearances from Drake, Nas, Rick Ross, Wale and Mary J. Blige, among others. It debuted at No. 2 on the Billboard 200 after selling 165,000 copies in its first week, and has since been certified gold by the Recording Industry Association of America (RIAA).