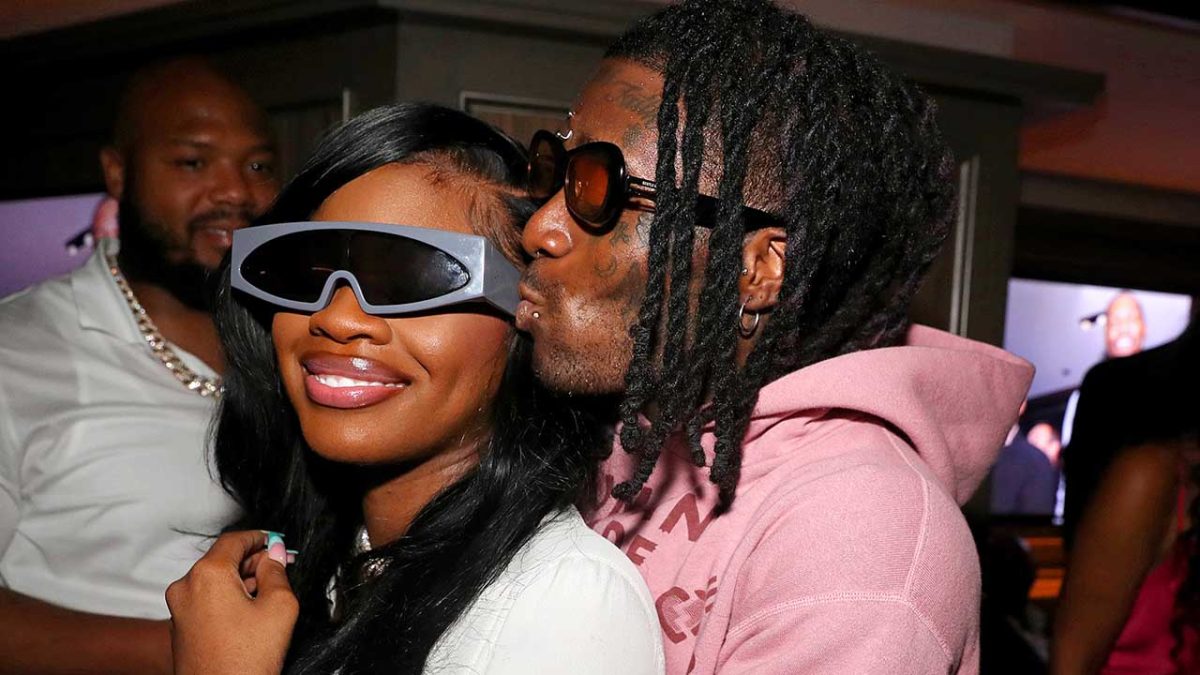 Lil Uzi Vert never holds back when it comes to showering his girl with gifts. The Philadelphia hitmaker made another lavish purchase for his girlfriend JT by surprising her with a brand new Rolls-Royce truck for her 30th birthday.

A clip reposted by The Shade Room captured Uzi — rocking Eazy E-esque jheri curls — catching JT off-guard in a parking lot where she’s left breathless at the sight of the elegant black SUV, which wrapped with a red bow on the hood.

The City Girls rapper then ran up to Uzi and gave her boyfriend a huge hug, before wrapping her arm around her new garage toy.

Lil Uzi Vert had his work cut out for him after setting the bar high for JT’s 29th birthday last year when he rented out New Jersey’s American Dream Mall and spoiled her with $350,000 worth of luxurious gifts, which included a black McLaren 720s.

Break-up rumors swirled last month when JT declared herself “single” in a cryptic tweet, but she quickly cleared up the confusion and put that idea to bed. The couple have been linked to one another since late 2019.

“As long as me and Uzi been official it’s been fiction never facts when it came to women,” she clarified on Twitter. “Yall want him to be a cheater so bad. LMAO he’s not, actually I was mad at something super petty.”

Back in August, JT called Lil Uzi Vert a “dream come true” and “one of my greatest rewards” while celebrating the rapper’s birthday.

“I love you uzi,” she wrote at the time. “I’m crying making this post because you are literally a dream come true! I feel like with everything I been through in life you are one of my greatest rewards! I wake up everyday to either your frown or smile …either works for me, as long as you’re right there.

On the music side of things, Uzi recently released the single “Just Wanna Rock” and is still prepping his long-awaited new project, The Pink Tape, which looks likely to arrive in 2023.