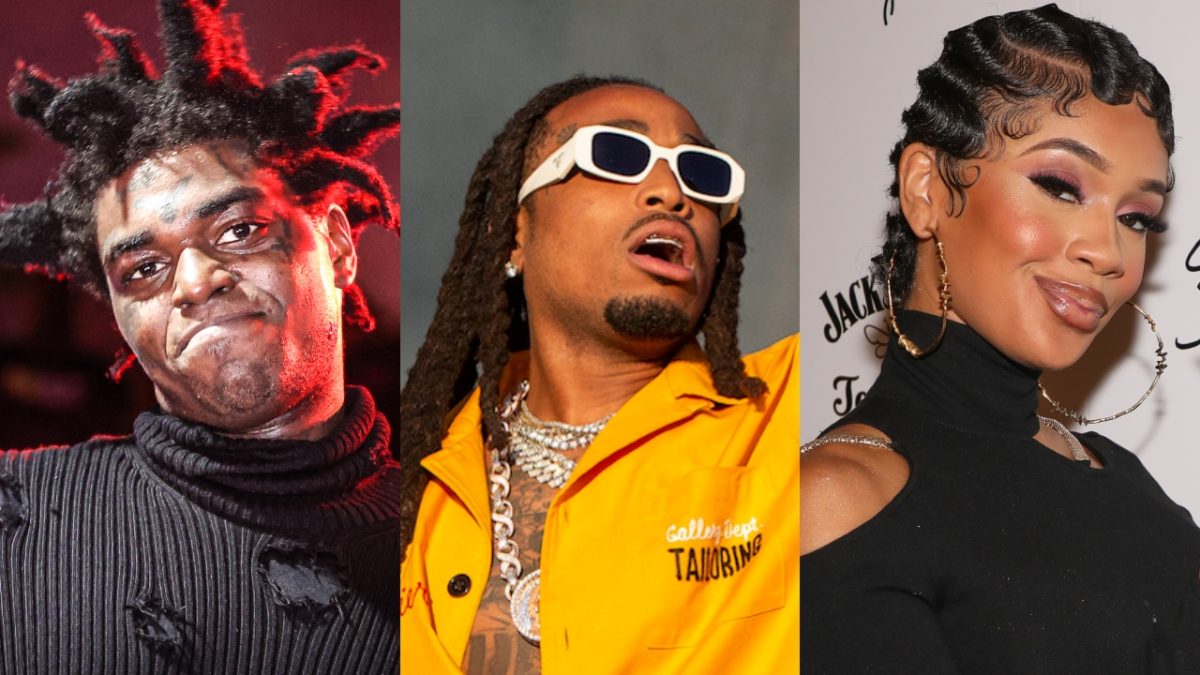 Kodak Black has opened up about how emotional he got when he realized Saweetie had picked Quavo to be her man over him.

In an Instagram Live conversation with fellow Florida rapper Youngeen Ace, Kodak said he was left in tears after Saweetie chose the former Migos member to be her boyfriend.

He added that while he was heartbroken, he saluted their relationship since they were going steady for a moment.

Kodak Black says he cried when Saweetie picked Quavo over him 😅https://t.co/52WCdDsvQr pic.twitter.com/xpJzq6dqux

However, fans will remember that Saweetie’s dramatic break-up with Quavo consumed 2021, and hit a fever pitch when the Migos rapper alluded to their relationship on the song “Messy.”

“I said ‘Caresha, please’ ’cause she too messy/ Bitch fucked my dawg behind my back but I ain’t stressin’/ You wanted the gang? You shoulda just said it, we would’ve just blessed it/ Now shit got messy,” Huncho raps on the track.

While he didn’t name names, many fans theorized he was either referring to Offset or Lil Baby – who many hawkish fans thought was the faceless man in a picture Saweetie posted in December 2021. Offset hasn’t commented, and Baby has denied numerous times that the man in the picture is him, doing so again shortly after the release of his latest album It’s Only Me.

As the rumors of Baby and Saweetie continued to swirl, Quavo added fuel to the fire by tweeting out a cryptic response to all the headlines. “Ain’t trippin we can swap it out,” the Unc & Phew rapper wrote.

Lil Baby then seemed to respond to Quavo’s comment on his new track “Stand On It” where he raps: “I don’t want your bitch, we can’t swap out/ They ain’t on shit, tell ‘em pop out.”

Saweetie finally seemed to address all the relationship drama on her latest EP The Single Life, on which she seemed to provide answers to the aforementioned rumors.

Kodak Black Says J. Cole Is Someone Who Gives Him Great Advice

“Why n-ggas always speakin’ on who I’m fuckin’ on?” she raps on the EP’s lead single “Don’t Say Nothin.” “He must’ve got excited when I Facetimed with notin’ on/ Them same lips that’s yappin’ be the ones I nutted on.”

Elsewhere on the new single, she spits: “That’s what I get for kissin’ on these frogs/ He got mad and told my business to the blogs/ N-gga pause, I’m appalled, need to chill out.”

Kodak has since set his sights on plenty of other women, most recently shooting his shot at GloRilla. Yak slid into her comments section during a live stream in 2022, and tried to revamp some of the lyrics from her blockbuster single “Tomorrow” to work in his favor.

“You prolly aint my girl today but that’s why I love tomorrow,” Kodak wrote. GloRilla did not respond.