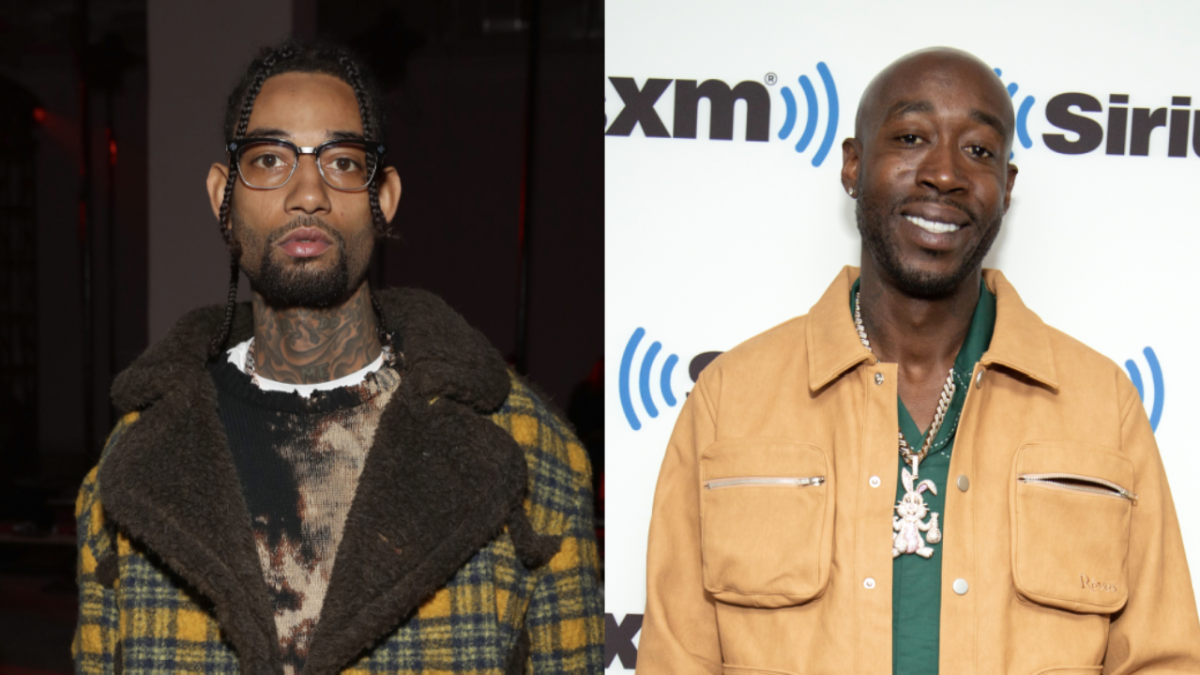 PnB Rock’s murder sent shockwaves through the Hip Hop community. Freddie Gibbs has been in dangerous encounters himself and explained why robbery situations leave rappers in a “lose-lose” predicament.

Freddie Kane joined The Bootleg Kev Podcast earlier this week where he blasted people who were critical of PnB Rock’s decision to be in Roscoe’s rocking his jewelry because he wasn’t bothering anybody.

“He wasn’t bothering nobody, man. I don’t give a fuck where he was at. Nobody should’ve fucked with him,” he said. “That’s the problem with y’all n-ggas. N-ggas think, ‘I should be able to wear the fuck what I got.’ I know that ain’t reality, so I just protect what I got and it is what it is.”

PnB Rock was gunned down at Roscoe’s House of Chicken & Waffles in South Los Angeles on September 12. Three arrests have since been made in the case.

Freddie Gibbs recalled his own altercation with Benny The Butcher’s crew in Buffalo earlier this year and wondered what the narrative would’ve been if he had passed away.

“30 muthafuckas came to a restaurant I was eating at and what if I would’ve died?” he asked. “Would it be Freddie Gibbs was great? Would Akademiks be saying Freddie Gibbs was a great rapper in his post? Since I got jumped, it’s a different thing?

“What if he gave it up and lived? It’s a lose-lose for n-ggas so what the fuck y’all n-ggas want from us? If I would’ve gave it up, you would’ve clowned me. ‘Oh shit, this bitch-ass n-gga.’ But if I fight for mine and die, ‘Oh man, he shouldn’t even been there.’ Man, suck my dick.”

In a recent appearance on the New Rory & Mal podcast, Benny The Butcher addressed the feud himsef expressed exasperation at how things have reached this point.

“I think that n-gga just try to use my energy in some type of way,” he said. “I feel like if he couldn’t use it by doing songs with me, he was looking for a situation. People know how he go, he was looking for a situation and this ain’t what he wanted…I don’t hate that man, I’m a street n-gga, I’m a gangster for real. He and I know what I’m on, so I don’t hate him, it’s music.”

As for Freddie Gibbs’ other rivalries in the rap game, he revealed earlier this week he’s squashed his long-standing beef with Jeezy.

“I love U bro,” Gibbs wrote in an Instagram apology to his former CTE label boss. “I apologize. But really U brought a different beast out of me and motivated me to get to this point so I gotta thank U at the same time. Love. @jeezy.”