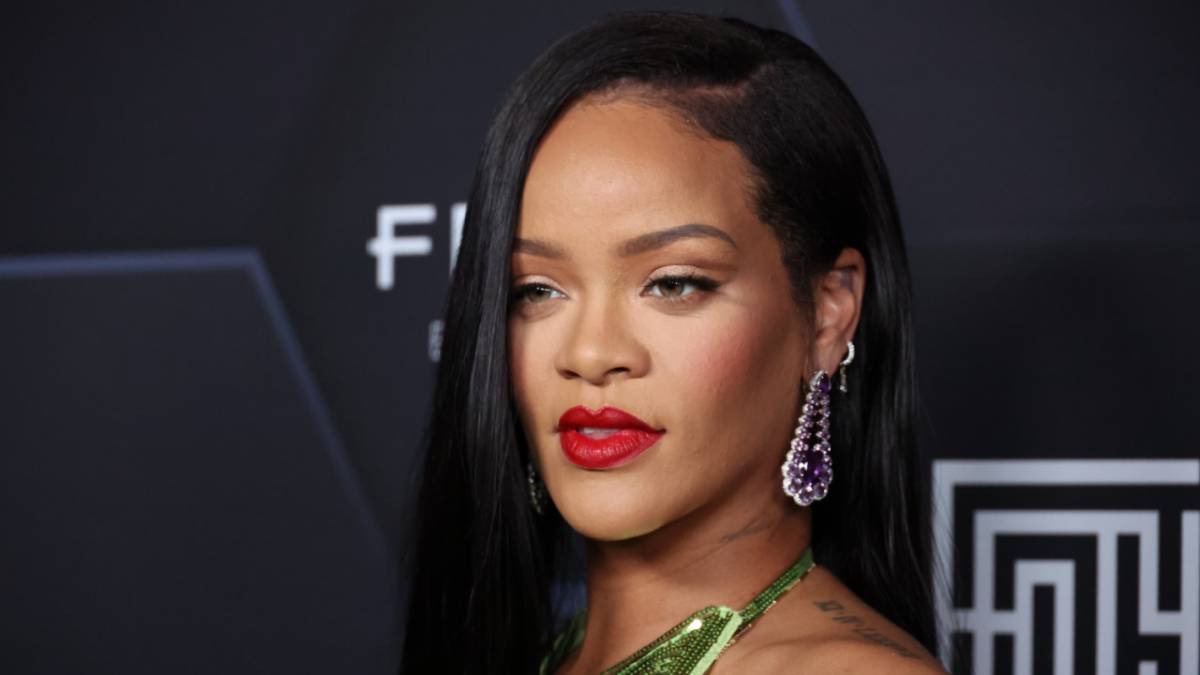 Rihanna is already wrestling with a case of the nerves ahead of next year’s Super Bowl halftime show.

After being ambushed by a “sneaky” TMZ paparazzi while leaving Bristol Farms in Los Angeles on Tuesday (October 4), the billionaire beauty admitted she has mixed emotions about the prospect of headlining the big game.

“I’m nervous!” she said while wearing a long-sleeve tee honoring the late DMX. “But I’m excited.”

Rihanna was also quizzed about the prospect of any special guests joining her on the Super Bowl stage, with the pap mentioning her rapper boyfriend A$AP Rocky. But the Anti singer remained tight-lipped, responding only with a coy shrug.

Rihanna was announced as the headliner for the Super Bowl LVII Apple Music Halftime Show last month. The 34-year-old broke the news in cryptic fashion, posting a photo of her tattooed hand holding an official NFL football on Instagram — to the tune of over six million likes.

Taking place at State Farm Stadium in Glendale, Arizona on February 12, 2023, it’ll mark RiRi’s first Super Bowl appearance and her first major performance since the 2016 MTV Video Music Awards, where she delivered a career-spanning medley of hits to coincide with her winning the Michael Jackson Video Vanguard Award.

In a press release announcing the news, JAY-Z — who has served as the NFL’s live music entertainment strategist since 2019 — hailed Rihanna as a “generational talent.”

“Rihanna is a generational talent, a woman of humble beginnings who has surpassed expectations at every turn,” he said of his Roc Nation signee. “A person born on the small island of Barbados who became one of the most prominent artists ever. Self-made in business and entertainment.”

Rihanna isn’t the first Super Bowl performer to be daunted by the big occasion. During a recent interview with Apple Music’s Zane Lowe, Dr. Dre — who headlined this year’s halftime show alongside Eminem, Snoop Dogg, Kendrick Lamar, 50 Cent and Mary J. Blige — opened up about his pre-game jitters.

He added: “You’re talking about at least 3,000 people that you have to depend on to get this show right for 13 minutes. So it is an extreme amount of pressure, but it’s fun at the same time.

“When it’s done, it’s like goosebumps, bro. I got goosebumps, especially from the reaction that we got from the show, and especially being able to do the show with all of my friends.”

Dre also offered RiRi some words of wisdom, saying: “Put the right people around you, and have fun. That’s basically what it is, making sure you have the right creative people around you. She might want to look into some of the people that we used to do our show.”