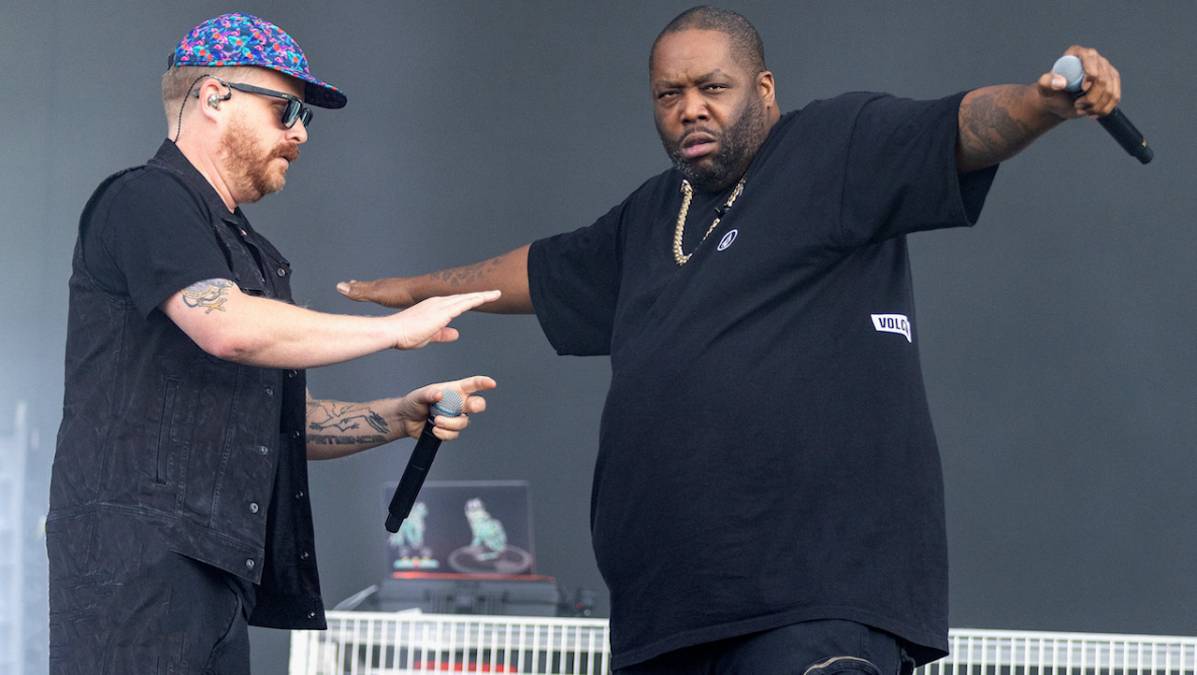 Run The Jewels stopped by Jimmy Kimmel Live! this week to perform their RTJ4 cut “ohh la la” — check it out below.

Killer Mike and El-P’s visit to the late night show included special guest appearances from Greg Nice and DJ Premier, both of whom appear on the original version of the track.

The performance comes as Kimmel made its annual temporary transition from Los Angeles to Brooklyn, NY, for a few shows, kicking off BK week on Monday (September 26) with guests Amy Schumer and Charlamagne Tha God.

Run The Jewels then closed out the evening as the musical act, running through an energized rendition of “ohh la la,” that found Greg Nice busting his unique dance moves. The performance concluded with Preemo scratching away on the track as he does on the released version.

The Kimmel spot comes after RTJ wrapped up their summer opening for Rage Against The Machine on the band’s reunion tour, and comes shortly after the rap duo performed “Take a Few Words For The Firing Squad” on The Tonight Show with Stephen Colbert back in August.

The shows all capped off a busy summer for Killer Mike, who starred in a campaign for the Cadillac Escalade V back in July, which he told HipHopDX was a “no-brainer.” He also celebrated July 4 by dropping his first solo track in 10 years, “Run,” which features an intro from Dave Chappelle and a verse from Young Thug. Mike explained to DX what it meant for the track to be dropping on Independence Day.

“The Fourth of July celebrates the founding of this Republic and the rejection of British tyranny through taxation,” he said at the time. “And the first person to die in the name of this great Republic was a man named Crispus Attucks, who was a son of an African father and a native mother, which by the one drop rule makes him a Black man.”

He continued: “The first person to die on the behalf of America was a free Black man. True history is Crispus Attucks died for this country first. True history is if it had not been for cheap and free labor in the South, this country would not have become an economic dominator on the world stage in only 246 years. I wanted to make sure that was known on the day we celebrate this Republic.”

Run The Jewels have been hard at work on Run The Jewels 5, which Mike confirmed during the aforementioned interview. The fifth entry in the self-titled series follows 2020’s RTJ4, which was the pair’s highest-charting album of their career, landing at No. 10 on the Billboard 200 in its first week.