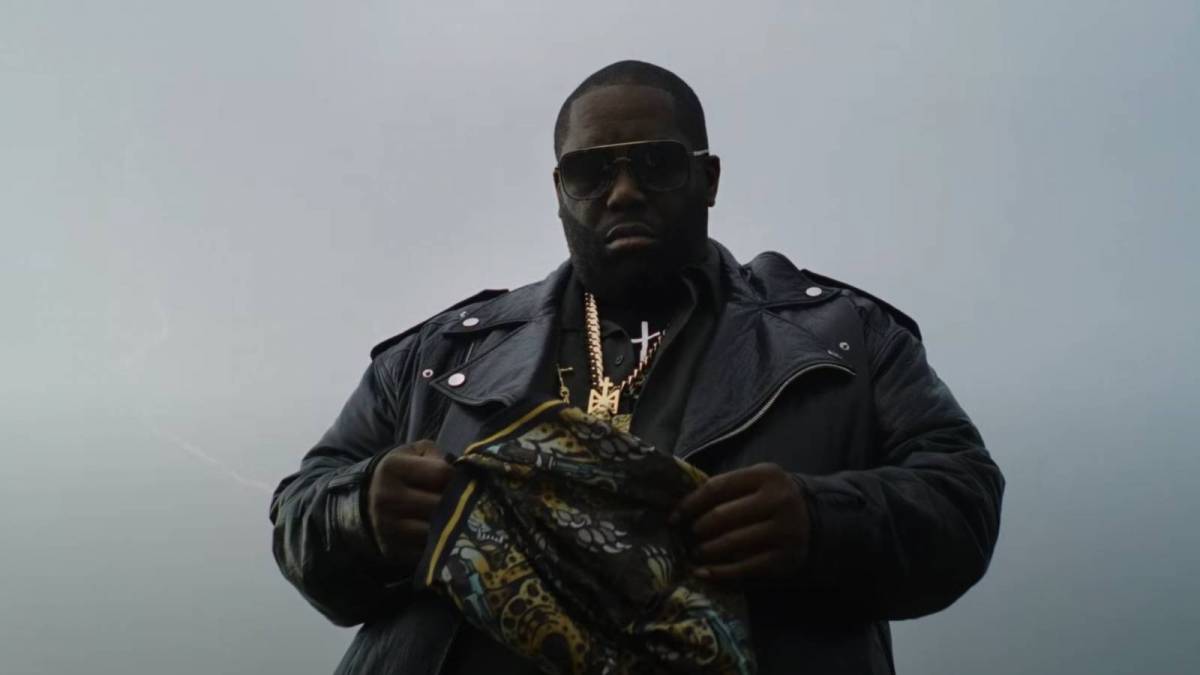 Exclusive – An instrumental produced by No. I.D. appears in a new ad spot for the Cadillac Escalade V starring Killer Mike, which just happened to be the beat to the Run The Jewels rapper’s first solo single in roughly 10 years – “Run” featuring Dave Chappelle and Young Thug.

The song and accompanying video arrived on Monday (July 4) at the magical hour of midnight ET, which was by design. Anyone familiar with Killer Mike knows how passionate he is about politics and American government, so releasing it on Independence Day seemed fitting.

“The Fourth of July celebrates the founding of this Republic and the rejection of British tyranny through taxation,” he explains to HipHopDX. “And the first person to die in the name of this great Republic was a man named Crispus Attucks, who was a son of an African father and a native mother, which by the one drop rule makes him a Black man.

Directed by Adrian Villagomez, the visual begins with a Black soldier running in a field as Chappelle’s inimitable voice commands the viewer’s attention. As the man runs, it becomes clear he’s not running from anything, he’s running toward something.

“Young Thug’s part, Dave’s part, my part, to me, we put together a brilliant scenario with Dave’s talking about being Black in America like storming the beaches in Normandy,” Mike explains. “When we think of that glorious day in World War II, a lot of people lost their lives, but the valor that was shown by the people who lost their lives, and the valor and leadership that was shown by the young men that survived and grew up to be leaders in this country, we do that every single day.”

He continues, “Dave reminding me of that made us shape the video in a way where it shows a hero running, running through these wetlands. And at first you’re instinctively taught to think they’re running from something — because everything’s based on Black people were slaves and Black people have been oppressed — but Black people have overcome every obstacle thrown at us.

“Since 1619, Black people have been a huge contributors to helping this Republic become the Republic it is, to become a city, a shining city on the hill and to constantly be trying to evolve into a better Republic. And I wanted to show a Black hero and other people gathering behind him following him into battle as well as a female hero kicking ass in the battle scenes. They need to be celebrated as positive and true propaganda. Don’t spend all of our time commiserating sadness. We need to be commemorating these wins.”

Young Thug doesn’t make an appearance in the visual nor does Chappelle, but Thugger wouldn’t have been able to either way. The platinum-selling rapper has been incarcerated since May alongside Gunna and dozens of others facing RICO charges. But Mike is hoping that will change soon.

“I got to say, free Thug, free Gunna and free Lucci, too,” he says. “I don’t think any of these men are mob bosses. I think they’re entertainers. And I think prosecutors are using the line of their entertainment to blur what’s real and what’s conspiratorial, and to prosecute them in the name of raising the publicity around the office versus these men being presumed innocent and looked at as job providers and bosses and leaders, which they are.”