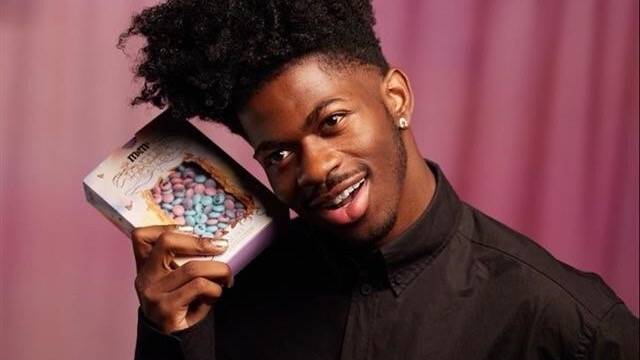 The special collaboration was released on Wednesday (September 21) and is available for purchase at M&M’S Times Square store in New York City, while supplies last. Fans can also purchase the candies online via a special landing page created for the project.

The Lil Nas X inspired packs contain a one-pound bag of blue, pink and purple candy featuring the standard “M” logo, along with Lil Nas’ face, butterflies and hearts. The candy is delivered in a commemorative box paying homage to the Montero star.

“Growing up I would have never thought my face would be on M&M’S but here we are, and it’s amazing,” Lil Nas X said in a statement. “And I love that we’re giving back to the art and music communities at the same time.”

The partnership, which was first announced in May, is an extension of M&M’S mission to “bring people together through colorful fun and music.” The company will donate $5 from each purchase to Sing For Hope Pianos, the annual public arts project which has been placing artist-designed pianos across the world since 2010.

In honor of this special campaign, the organization comissioned illustrator and designer Patrick Freeman and Julie Diaz Petta from New York’s Gay and Lesbian Center’s Youth Pride Chorus to create a Lil Nas X inspired piano. The instrument was revealed during the NYC stop of the Long Live Montero Tour at Radio City Music Hall earlier this week.

The piano was then transported to the Times Square M&M’S, where it will remain at the store through mid-October before being donated to Newark Pride Inc., an organization which works to creates engaging, safe, and empowering events for the members of the LGBTQ Community.

“Not only is Lil Nas X one of the most talented, influential musicians of our time, he is a catalyst for self-expression for his wide-reaching and massively diverse fanbase,” said Allison Miazga-Bedrick, the Senior Brand Director at M&M’S parent company, Mars Wrigley. “The M&M’S brand knew he would be the perfect collaborator to deliver on our purpose of creating a world where everyone feels they belong.”

Lil Nas X kicked off his first world tour earlier this month in Detroit, and will remain on the road in the U.S. through October 23. The “Industry Baby” singer made headlines earlier this week, when he responded to anti-LGBTQ protestors outside of his Boston show by having pizza delivered outside of the venue.

Earlier this week, the rapper’s delivered visuals for his latest single, “STAR WALKIN’.” According to Pitchfork, the song also served to announce Lil Nas’ new role as the president of League of Legends, a multiplayer online gaming arena.