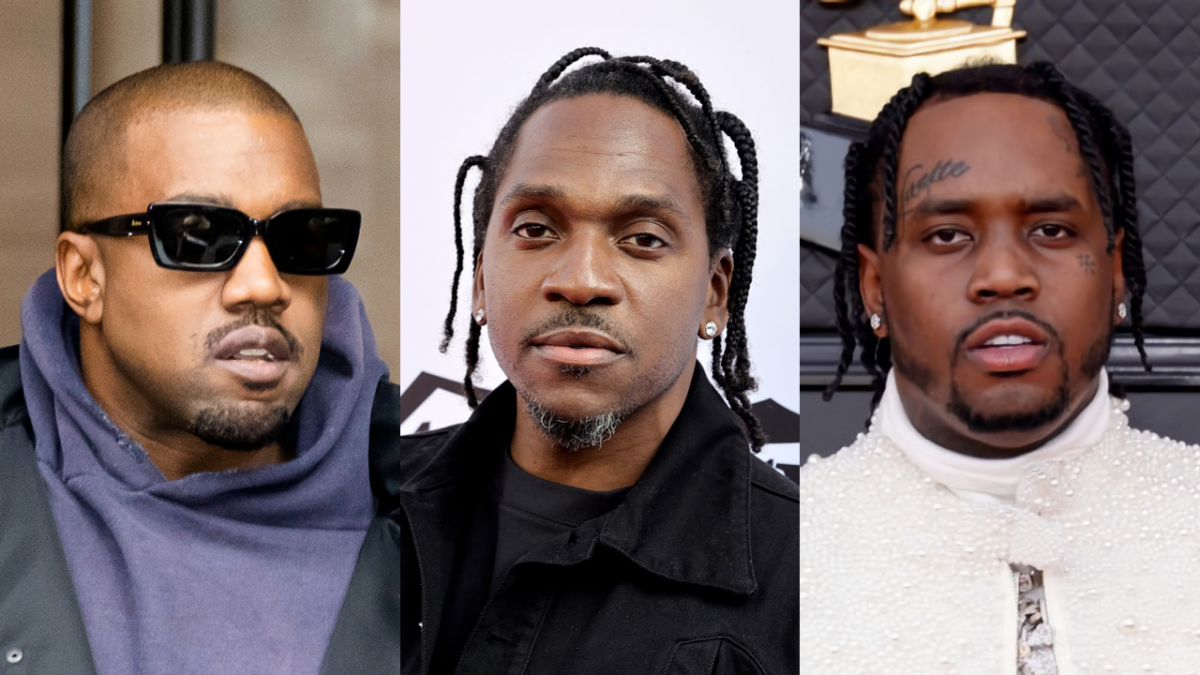 Kanye West is looking to open Yeezy stores around the globe, and a number of his rap peers are down with the mission.

The billionaire rapper/fashion mogul shared his brick and mortar ambitions on Wednesday (August 31), posting a message on Instagram outlining his plans to set up shop in Atlanta before expanding internationally.

“We are going to open a Yeezy stores world wide Starting in Atlanta,” he wrote in an iPhone Note. “Who would be best to open it? I’ll buy the land and or building Then we gonna up in every state and then internationally.

“Anyone who has over 10 years retail experience and is ready to change the world post your instagram handle or store location in the comments and We’ll find you.”

Ye also accused adidas and Gap — long-term partners of his Yeezy brand — of failing to fulfill their promise of opening physical stores for their respective collaborations, despite the lucrative success he’s brought them.

“I signed with both adidas and Gap because it contractually stated they would build permanent stores which neither company has done even though I saved both of those companies at the same time,” he added. “Ima show you how to use social media.”

Kanye’s Instagram post was accompanied by a screenshot of him on a FaceTime call with Atlanta’s own 2 Chainz, who apparently hooked his “Birthday Song” collaborator up with the phone number of the city’s mayor, Andre Dickens.

“2 Chainz said he got the mayor(‘s) number,” Ye wrote in the caption. “I added the s cause my mama was head of the English department But this may take some incorrect English to get done.”

Tity Boi wasn’t the only one offering immediate assistance. Pusha T jumped into Kanye’s comments section to make him a proposal, which the Chicago native promptly reposted on his own page.

“Well since we doing every state… And we talking over 10yrs of retail experience… [smiling face with sunglasses emoji] Put us down for Virginia and Pennsylvania,” he wrote while tagging his Creme streetwear store.

Brooklyn native Fivio Foreign, who’s worked with Kanye on “Off the Grid” and “City of Gods,” volunteered to head up the New York City store. “Yooo Big Bro Yu kno I gotta run the NY Store [fire emojis],” he wrote in a text to Ye.

The Donda visionary reposted Fivio’s message on Instagram along with the caption, “Praise God The energy is shifting in our favors.”

Elsewhere, Kanye’s longtime collaborator Consequence put forward the name of a friend and Yeezy fan who runs a store in Atlanta, while FanzzLids Chairman Lawrence Berger also threw his hat into the ring.

“Nobody runs retail better than we do,” he wrote in a text to Kanye’s confidante Justin LaBoy. “We have 1300 Lids—the hottest retail stores out there, we’re opening 500 more world wide. We run the NBA and Paris St. Germain stores.

“We run 800 college bookstores including 27 for Historically Black Colleges. When you guys are ready for a serious conversation let me know.”

Rather than being hung on hangers or displayed neatly on shelves, though, the clothes were stuffed into large eco-friendly construction bags, which customers were forced to sift through themselves to find their size.

In an interview with Fox News in August, Kanye defended the unorthodox display and refused to apologize for what some deemed to be “fetizishing” the homeless.

“I’m an innovator and I’m not here to sit up and apologize about my ideas,” he said. “That’s exactly what the media tries to do: make us apologize for any idea that doesn’t fall under exactly the way they want us to think.”

He added: “This is, like, not a joke. This is not a game. This is not just some celebrity collaboration,” he added. “This is my life. I’m fighting for position to be able to change clothing and bring the best design to the people.”