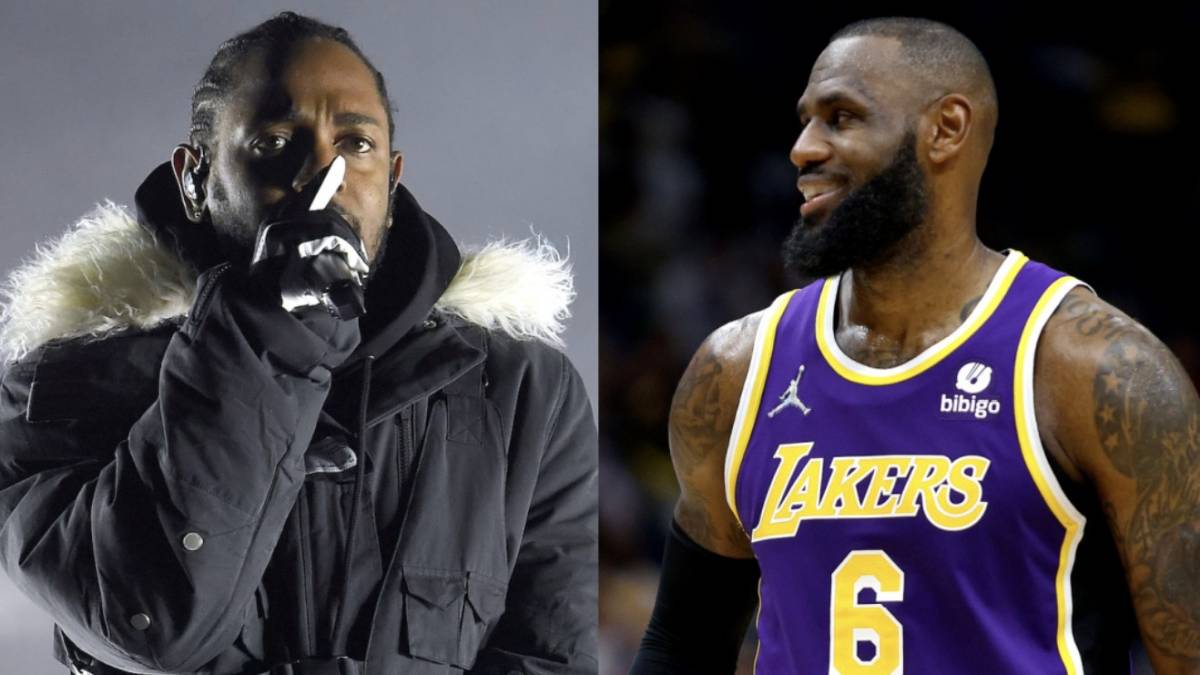 LeBron James was a guest during Kendrick Lamar’s Vancouver tour stop on The Big Steppers Tour, and the four-time NBA champion was having a ball.

The Los Angeles Laker had a section to himself alongside his wife Savannah James, where he was turned all the way up watching K Dot perform in front of the packed crowd. LeBron later took to his Twitter page to thank the city for the warm welcome and Kendrick for giving an amazing performance.

“Vancouver!! Thank you for the hospitality over the weekend,” LeBron tweeted. “1st time in your beautiful, wonderful city! @kendricklamar you’re 1 of a kind my brother! SPECIAL show by a SPECIAL person! Appreciate the love!”

Vancouver!! Thank you for the hospitality over the weekend. 1st time in your beautiful, wonderful city! @kendricklamar you’re 1 of a kind my brother! SPECIAL show by a SPECIAL person! Appreciate the love! ??✊???

Other footage from the concert shows the 6’9” James dancing by himself in the back of general admission, surrounded by security as Kendrick and Baby Keem performed “Family Ties.”

LeBron James is an avid Hip Hop fan, often seen turning up to songs in his car and showing up at concerts, such as when he took the stage with Drake and Travis Scott during a performance of “Sicko Mode” in Los Angeles in 2018.

Earlier this year, Giveon had LeBron join him on stage at The Novo in L.A. during his Timeless Tour. He appeared at the end of the concert to congratulate Giveon on his early success, which drew a roar from the crowd with many of the Laker faithful in the audience.

Footage was captured by Giveon’s manager Simon “Steez” Gebrulul showing LeBron taking in the concert from his side-stage private view before getting on stage with the R&B star.

“A [star] flat out. My brother @giveon. Love my brother!,” LeBron wrote in his Instagram Story at the time.

Giveon replied in a Story of his own writing: “Thank you to the GOAT @KingJames for coming out. My brother 4L.”

On the other hand, Kendrick Lamar will be out for the rest of the year as he continues to tour his fifth studio album, Mr. Morale & the Big Steppers. The Compton native will be heading back to the states for a string of shows in Phoenix and several in California, such as Oakland, San Diego, Anaheim, Los Angeles and more.

Kendrick Lamar Explains His Lack Of Social Media Presence: 'It's Just Who I Am'

The 35-year-old will then hop over the pond bringing the tour to Europe and hitting cities like Amsterdam, Prague, Berlin and Paris. The tour will close out with shows in Australia and New Zealand in December.