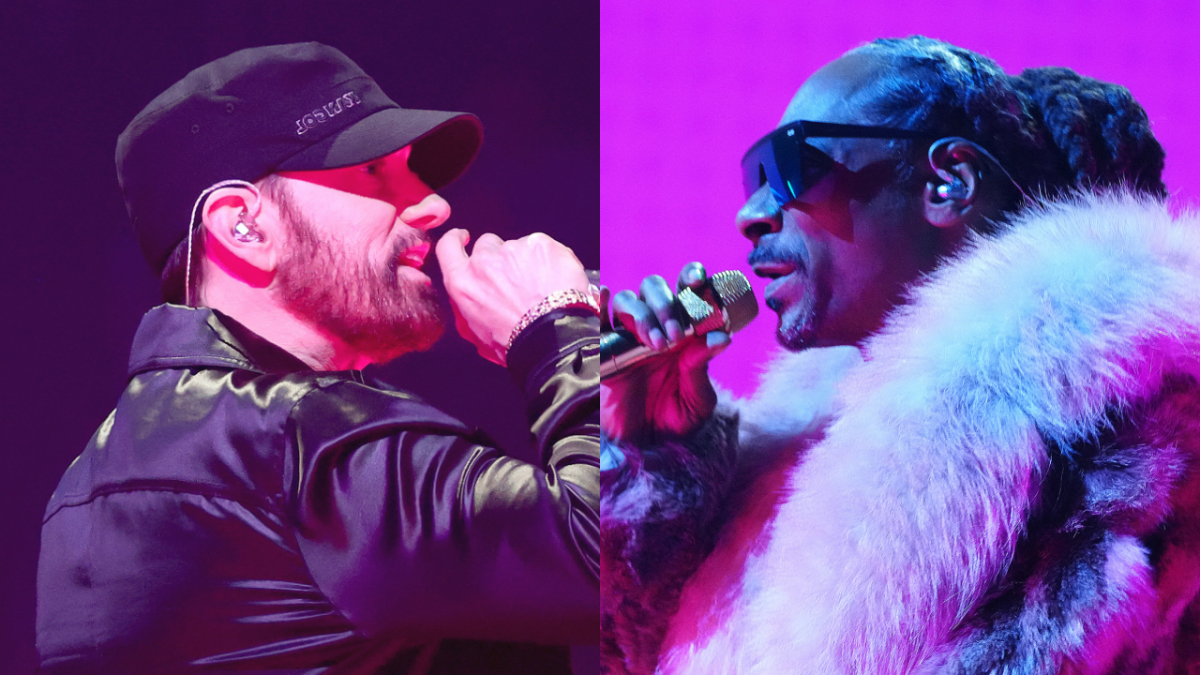 The rap icons joined forces for a mind-bending performance of their “From the D 2 the LBC” collaboration inside New Jersey’s Prudential Center, which played host to this year’s annual celebration of music videos.

The performance began with real-life Em and Snoop sat next to each other on a couch as Snoop’s larger-than-life joint soon gave Shady a contact high. “Yo man, I feel like you’re getting me high again, bro,” Em commented before the pair were thrust into the metaverse.

From there, the “Bitch Please II” duo morphed into digital Bored Ape versions of themselves and navigated the virtual realm before making their way back to the VMAs stage to close out the psychedelic performance.

The performance marked Eminem’s first VMAs appearance in over a decade following his medley of “Not Afraid” and “Love the Way You Lie” with Rihanna in 2010. Snoop’s last cameo came in 2005 when he performed Biggie’s “Warning” alongside Diddy.

Unfortunately for Em and Snoop, neither returned to the VMAs stage to collect an award. “From the D 2 the LBC” was nominated for Best Hip Hop Video, but lost out to Nicki Minaj and Lil Baby’s “Do We Have a Problem?”

It’s one of a handful of new songs from Eminem’s recently-released compilation album Curtain Call 2, which features over 30 of his greatest hits since 2009’s Relapse. (Its predecessor, Curtain Call: The Hits, dropped in 2005.)

The project debuted at No. 6 on the Billboard 200 after earning 43,000 album-equivalent units in its first week, with 18,000 of that figure coming from pure sales. 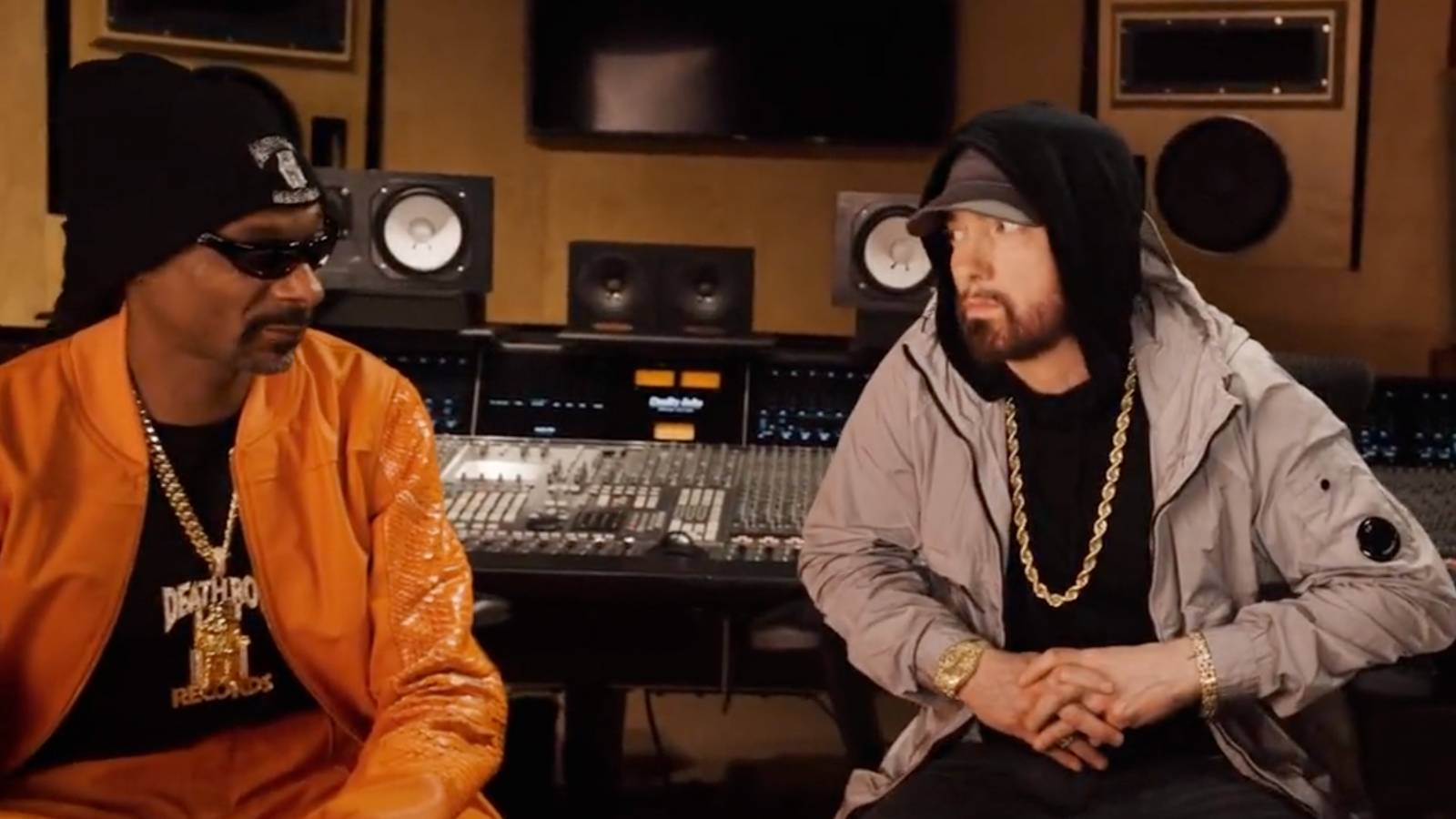 There might be more where “From the D 2 the LBC” came from. Earlier in August, Eminem and Snoop Dogg were spotted in the studio with fellow longtime collaborator Dr. Dre, sparking excitement for more 2001 magic from the trio.

“We’re cooking up a little something,” Snoop recently told ET of his work with Dre. “I don’t wanna talk about it too much, but we’re back together again. It’s been 30 years since we worked on a record, and we’re doin’ something, we’re workin’ on something.”