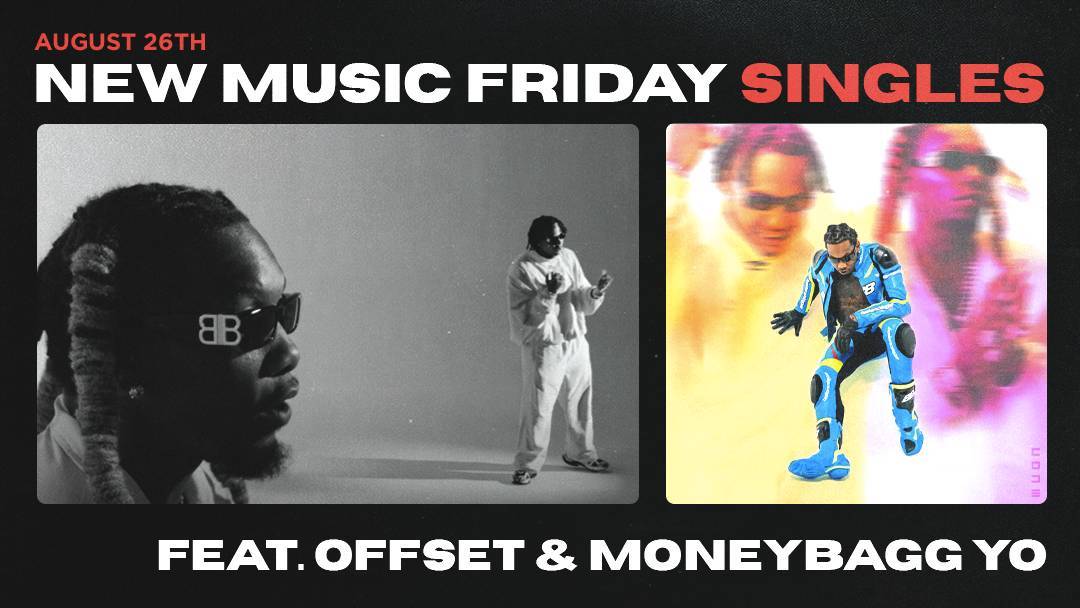 Even though the Migos are at odds with one another, with Quality Control at the center of the turmoil, it’s refreshing to see Offset, Quavo and Takeoff actively releasing music.

Check out the full list of tracks released on Friday (August 26), below:

The title of Lil Tjay’s new single speaks for itself.

The 21-year-old certainly “Beat The Odds,” last month when he was shot seven times during an attempted robbery while sitting in his car outside a Chipotle restaurant in Edgewater, New Jersey.

Now that he’s returned “stronger than ever,” the “Callin My Phone” rapper thanks his fans for their continued love and support on his triumphant new banger.

It has been an eventful week for Offset.

Following the release of his “54321” single, the Father of Four rapper initiated legal proceedings aimed at his label Quality Control this week, who he alleges he paid millions to for his publishing rights.

And while it appears the drama between Migos, Offset and QC is just getting started, Set also is seemingly in the beginning stages of rolling out new music as he delivers his second release this month by way of his Moneybagg Yo-assisted single “Code.”

Quavo and Takeoff appear to be unbothered by the ongoing issues with Offset and their label Quality Control.

After openly discussing their plans to move on as a duo releasing material as the Migos, the pair of Atlanta rappers connect with Cash Money executive for their “Big Stunna” visual single.

The melancholy bravado of XO rapper-producer NAV is on full display throughout his “Wrong Decisions” single.

The Emergency Tsunami lyricist’s self-produced track exudes an oxymoronic aura as NAV raps: “What you make in a day I make in minutes,” just a few bars after confessing he’s often “Sittin’ courtside at the game, thinkin’ ’bout my problems on the floor.”

Nevertheless, “Wrong Decisions” is a vibe and adds to the hype surrounding NAV’s upcoming Demons Protected By Angels album.

Warner Records signee IDK is in the midst of an impressively productive run.

Along with connecting with producer Kaytranada and DJ NGHTMRE for collaborative releases, he also hit the road with 2022 DX Rising Star Mavi for his SIMPLE World Tour.

Continuing his reign of consistency, IDK shares his two-pack “W13” single which includes both “Drive” and “Free Slime.”

The memory of deceased producer DJ Shay is alive and well thanks to Griselda and the Black Soprano Family.

At the command of BSF general Benny The Butcher, elite MC’s Stove God Cooks, Rick Hyde and EL Camino honor the Buffalo legend by way of a lyrical homage via their latest visual single.

Tap in and check out “297 Parkside,” and stay tuned for the Long Live DJ Shay compilation next month on September 9.

Atlantic Records signee MoneySign Suede is back on his bullshit.

The Huntington Park native continues to put on for his section with a continuous barrage of singles including his recent releases “2AM In Dallas,” “Joint,” and “Chess.”

Now, Suede shifts into album mode of the strength of his authentic and earnest “Can’t Change” visual single.

Fresco Trey – “Key To My Heart”

Memphis rapper Fresco Trey can not be stopped.

On the heels of his Heartbreak Diaries 2 EP, home to records such as “Need You” and “24 Hours,” the Warner Records rapper leans embraces his toxic tendencies on his new Einer Banks-produced single.

Watch Fresco Trey and Einer Banks parlay with a group of attractive young women in the visual for “Key To My Heart.”

AJ Reynolds is focused on his paper chase.

So in a sense, it makes perfect sense that he’s well aware of the moves “LLC” rapper Moneyman has made as of late, considering he signed a major deal with EMPIRE last year for an insane amount of cryptocurrency.

However, AJ Reynolds is seeking to bypass the paperwork and fast-forward straight into the onset of “Money Man Syndrome,” on his fresh new vibe.

For her fifth offering of the year, Detroit Barbie connects with Asylum Records signee FL Dusa for their anti-cuffing season collaboration “This Ain’t My Thot.”

Honorable Mentions for this week include fresh offerings from Profit The Artist, Lul Bob, Ngeeyl and Berner, as well as tracks from Lil Tecca and 03 Greedo, both of which you can peep below.