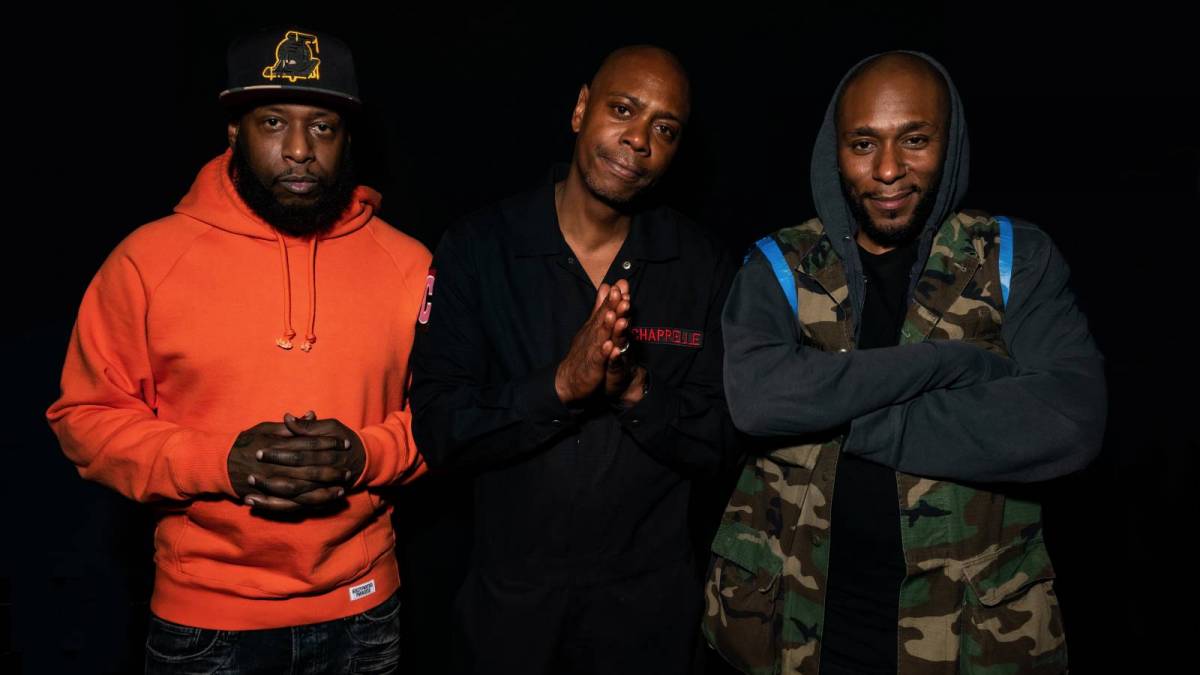 The pod was born from conversations held by Chappelle, Yasiin Bey and Talib Kweli in Ohio back in 2020. The trio also brought along guests as part of the sessions and curated special music for the experience.

The vinyl will drop exclusively on Luminary, which fans may remember is also where Black Star’s sophomore effort No Fear of Time currently lives.

In a statement shared with Complex on Tuesday (August 16), Luminary CEO Rishi Maholtra said the release of this special vinyl will serve as an expansion of the Luminary experience.

“Our view is that great audio experiences deserve to be translated beyond digital, into live performances and preserved in physical formats. … Great art always transcends mediums,” Maholtra said.

The vinyl will be available only to Luminary subscribers, and will also feature a Luxe gatefold and full-color inner sleeve designed by the Grammy-nominated photographer Mathieu Bitton.

The vinyl will feature “The Grift That Keeps on Giving” on Side A and “LL’s Check” on Side B.

In other Black Star and Dave Chappelle news, a second season of The Midnight Miracle podcast will premiere on Luminary later in 2022. In July, the show recorded its first episode in front of a live audience as part of the Blue Note Jazz Festival in Napa Valley, California.

The trio’s Drink Champs podcast was supposed to be released this week, but on Monday (August 15) the episode was scrapped for the time being due to miscommunication with Dave.

“There was some miscommunication, but we got on the phone with Dave and his team and agreed to properly release through our regular release schedule and partners,” DJ EFN said in a statement to HipHopDX. “All is well and hopefully more of what was filmed will make the official release. It’s important to Dave and Drink Champs that people see the episode in the right light.”

The episode was initially filmed a few months ago, but its release had already been pushed back because of the shooting at Robb Elementary on May 24 in Uvalde, Texas.

“[The shooting] happened the week after we filmed and so we were going to fast track that episode and then all parties involved were like it doesn’t feel right and we skipped that whole week,” EFN said to DX in a recent Zoom interview. “And then we had other episodes already in the queue and so it got pushed. So we’re just hoping that it will come out sooner than later.”