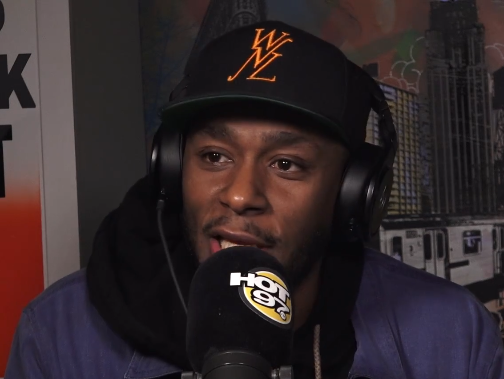 New York, NY – During a recent interview on Hot 97’s Ebro In The Morning, Yasiin Bey (formerly Mos Def) expressed his frustration with the lack of quality in today’s Hip Hop music, something he attributes to the sheer volume of content being put out by modern-day artists.

Bey admitted he finds it difficult to keep up with all the new music being released and questioned the quality of the music being put out.

“How are people even supposed to focus on your shit if there’s 11 million niggas that got new shit out everyday? I can’t listen to all these — I got shit to do,” Bey says around the 41-minute mark. “I have things to do. It’s not a fucking game. It’s not a joke. The more you become an adult, you realize, ‘I’m a fucking adult’ … I’m not sitting here … I’m not listening to all of these niggas. Why? I could just listen to already made niggas whose shit just gets better with time, and if some new niggas come through [like] my man J.I.D from Dreamville [Records]. Fire. Gimme that.

“But even in the course of a day, for the artists that I do like, how much time, if I’m trying to develop myself as a useful human being, do I have to sit and be entertained?” he continued. “And if I’m gonna just be sitting there opening myself up to listening to some shit, what is it doing for me? What did I learn at the end of this? What beauty was expressed? … I be clowning all my young people with their listening selection sometimes so hard, but I understand because it’s there generation. But I be like, ‘Yo, put some critical thought into what the fuck is being communicated here. What is this young nigga talking about?’”

Elsewhere in the interview, Bey outlined why it wasn’t necessary for artists like Drake and Kendrick Lamar to sign major label deals early on in their careers.

“Did Drake really have to sign a deal with Young Money?” he said. “He had songs on the radio that was charting without a deal. I went to see Kendrick at The Music Box Theatre in L.A. in 2011 [and] it was sold out! [It was] sold out off of Section.80 and everybody knew every single word. This was six years ago.”

Bey and producer Ferrari Sheppard, released their December 99th album late last year. The project was recorded in South Africa, where Bey spent much of 2016 detained as a result passport issues.