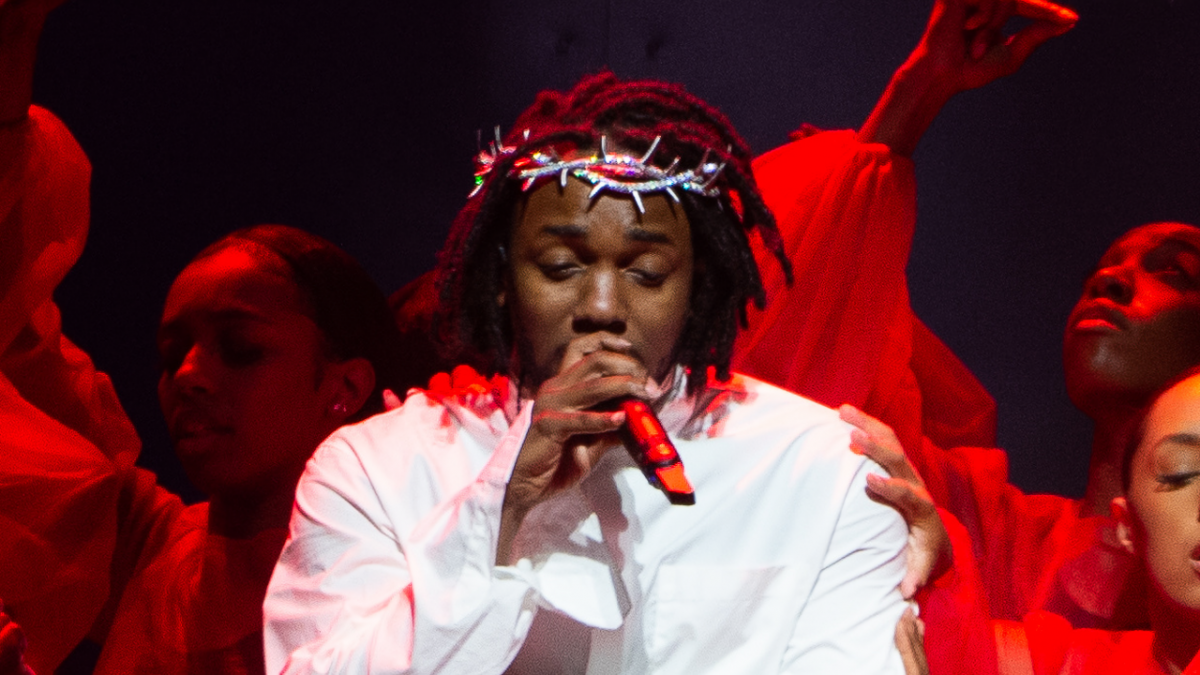 Wearing a black suit and Michael Jackson-esque white glove, the Compton native performed his latest album of the same name almost in its entirety, as well as fan-favorites from good kid, m.A.A.d city, To Pimp a Butterfly and DAMN.

For parts of the show, Kendrick performed from inside an illuminated, see-through box that was suspended above the crowd, fulfilling the tour flyer’s call to “come help Mr. Morale get out of the box.” During “Count Me Out,” the stage design incorporated shadow play to give the effect of arrows sticking out of Kendrick’s back.

Supporting acts Baby Keem and Tanna Leone both hit the stage during K. Dot’s set after warming up the crowd, with Keem joining his cousin for “family ties” and fellow pgLang signee Leone assisting with “Mr. Morale.”

Next up, Kendrick’s Mr. Morale & The Big Steppers Tour heads to Texas for consecutive shows in Austin, Houston and Dallas starting Thursday (July 21). After journeying across North America throughout July, August and September, the 65-date trek swings through Europe between October and November before wrapping up in Oceania in December.

Tuesday’s tour opener comes on the heels of a string of high-profile European festival performances from Kendrick Lamar, who headlined Italy’s 2022 Milano Summer Festival and the U.K.’s Glastonbury Festival in June.

At the latter, the Pultizer Prize-winning MC delivered a powerful plea for women’s rights following the U.S. Supreme Court’s controversial decision to overturn Roe vs. Wade, removing the constitutional right to abortion.

Check out more clips from Kendrick Lamar’s Oklahoma City concert, along with the full setlist, below.

Mr. Morale getting out of the box in Oklahoma City @kendricklamar 👣 pic.twitter.com/MO57PSVs4t

Kendrick Lamar Merch pictures for those that are interested… pic.twitter.com/X2k603NALd