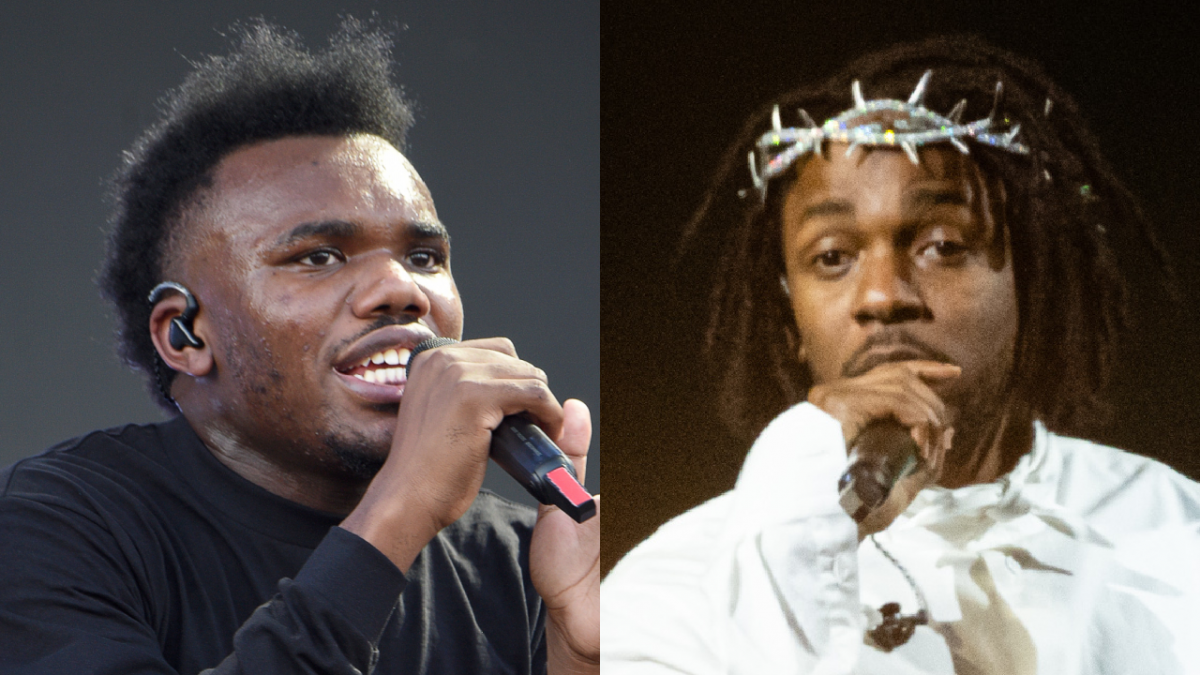 Kendrick Lamar continues to make waves in Europe as he eases himself back to the stage after the COVID-19 pandemic.

Fresh off a string of high-profile performances in France, Italy and the U.K., the Compton rap star made a surprise appearance during Baby Keem’s show in London on Monday night (June 27).

The pgLang labelmates and cousins performed their “Family Ties,” “Range Brothers” and “Vent” collaborations from Keem’s 2022 debut album The Melodic Blue in front of a raucous Electric Brixton crowd.

Baby Keem also performed an unreleased song featuring Lil Uzi Vert as Kendrick danced across the stage and played hype man behind him.

“I walk in the fucking meeting, all you starstruck/Baby, you’ve been blessed to see it, give you good luck/My cousin say that I’m a menace to society/When I fuck a famous bitch, I do it quietly,” he rapped over hard-hitting production.

K. Dot wasn’t the only surprise guest of the night; Keem also brought out Don Toliver to perform their Melodic Blue collaboration “Cocoa.” The rap rookies previously linked up on “Outerspace” from Toliver’s Life of a Don LP.

Baby Keem brought out Don Toliver at his show in London ? pic.twitter.com/hVWaoPjWAh

Kendrick Lamar’s surprise cameo came just 24 hours after he headlined Glastonbury Festival in the U.K., where he performed songs from his latest album Mr. Morale & The Big Steppers along with familiar favorites from his acclaimed catalog.

The highlight of the performance was its explosive finale, which saw Kendrick make a powerful statement on women’s rights as blood poured down his face from a diamond-encrusted Tiffany & Co. crown of thorns that sat majestically on his head.

“They judge you, they judge Christ/Godspeed women’s rights!” he chanted in response to the U.S. Supreme Court controversially overturning Roe vs. Wade, stripping women of their constitutional right to abortion.

Before that, K. Dot performed at the Milano Summer Festival in Italy, Louis Vuitton’s Men’s Spring-Summer 2023 Show for Paris Fashion Week and Spotify Beach during the Cannes Lions International Festival of Creativity. The European jaunt serves as a warm-up for his massive Big Steppers Tour, which treks across North America, Europe and Oceania between July and December.

For Baby Keem, Monday’s show was just the latest stop on his Melodic Blue European Tour, which swings through countries such as Norway, Portugal and Germany before wrapping up in Switzerland on July 9. He’ll then join Kendrick on the Big Steppers Tour alongside fellow pgLang signee Tanna Leone.