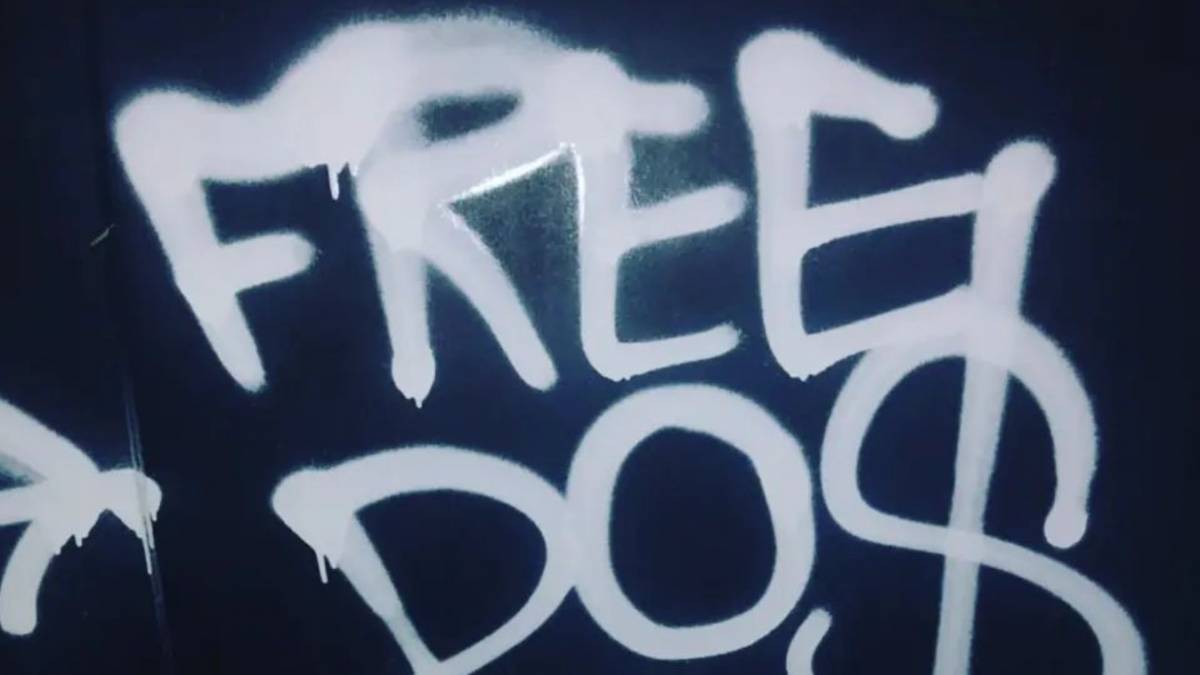 Underground Pittsburgh rapper-turned-lawyer-turned pot dealer Dos Noun (real name Daniel Muessig) will be the first to admit he’s guilty. The Feds accused he and his cohorts of moving between 220 and 880 pounds of weed in the Pittsburgh area between April and May 2019, something he fully owns — he just didn’t expect to be indicted two and a half years later.

On Wednesday (May 11), Muessig will turn himself in to begin serving the mandatory minimum of five years at FCI Morgantown in West Virginia, roughly two months after a judge was forced to hand down the sentence.

Granted, it could’ve been catastrophically worse. Muessig could’ve been sentenced up to 80 years and forced to rot behind bars until the day he died. But still, five years for cannabis, especially in a state where it’s been decriminalized, seems criminal in itself. As Muessig explained to HipHopDX, he thinks prosecutors are simply making him an example over an irreverent commercial he did in 2013: “I got my entire life blown up over a fucking commercial from nine years ago.”

A self-described “Jewish dude from Squirrel Hill,” Muessig’s rap career was barely providing enough money to scrape by, so he was forced to make a decision. Already armed with a degree from Temple University, he had two options.

“It was getting harder and harder to make money touring,” he said. “So I thought, I could go back home and sell weed, or I could go to law school.”

So Muessig went with the latter, graduated from law school in 2012 and was barred in as a criminal defense attorney a year later, the whole time raking it in as a low level pot dealer. Just as Muessig was getting his practice off the ground, he made the ad that would drastically change his life.

Newly married and suffering from diverticulitis (which is why he’s so thin in the ad), Muessig needed to make a move. So, in the spirit of a Saturday Night Live skit, Muessig came up with the commercial idea, thinking it might get some local buzz and attract a few clients. The ad was brilliant in theory but had devastating consequences. With the tagline, “Trust me, I may have a law degree, but I think like a criminal,” Muessig’s ad infuriated the legal community, and he was accused of making a mockery of the profession.

“It went fucking viral,” he said. “And it went viral in the early era of YouTube. Back then, views meant a lot. So like two million views back then would be like 30 million views now. And I’m like, ‘Oh, fuck.’ Because this is a lot.”

The backlash from the legal community was instantaneous: “Oh my God. It was like a fucking pack of vipers.” He added, “Prosecutors professionally don’t have a sense of humor. Judges too, you know? In doing that ad, I made myself instantly one of the most famous lawyers in the country. At the same time, I basically precluded myself from ever being able to do the job effectively. So now I’m like, ‘OK, doing this job sucks.’ And also, the last thing I ever want to do is hurt anybody. I might be foolish, but I’m not malicious.”

“There’s a lot of other people who are way more forced than me, but I think even relatively privileged millennials will understand what I say when I said that I felt economically trapped my entire adult life,” he said. “I grew up in an urban, ethnic enclave and while it was a privileged one, we had an underworld.”

Successfully selling weed in college gave Muessig the confidence to earn a living doing more of the same, only on a larger scale. But this time, he essentially operated his own pot store.

“It professionalized very, very quickly,” he said. “We started hiring staff and it just got really big, really quick because people wanted a fucking consistent place to get good weed. They wanted a pot store. The government said we weren’t ready for a pot store, but like fuck them. The people were ready.”

Unbeknownst to Muessig, the Feds had been tailing the SCO Gang for over two years, slowly building their case, and he walked right into their investigation. In 2019, law enforcement conducted a raid on his Covode Street stash house and Muessig fled on foot. Running into the home he shared with his wife, Muessig told her they needed to get out of there, although they both suspected it was probably too late.

But the chaos seemed to have quieted down by the time the COVID-19 pandemic hit in March 2020, and Muessig and his wife had started the process of adopting a Korean child in an effort to expand their family. Then in August 2021, his lawyer called with some devastating news — he’d been formally indicted. Now the adoption was off and he would eventually be headed off to jail.

“The punishment so exceeds the crime,” he said. “The level of investigation to even get to the punishment and fact prosecution did this for two and a half years in this era to catch me is crazy.”

But Muessig’s years in law school at least gave him the advantage of knowing to plead out as quickly as possible, otherwise prosecutors would’ve enhanced the charges, so that’s exactly what he did. Over the course of the entire ordeal though, he learned he was “more of a target than a heroin dealer” because he was Daniel Muessig, the lawyer with the controversial ad. But one thing he wasn’t was a snitch, and he refused to cooperate with authorities to get a lighter sentence.

Looking ahead, Muessig isn’t exactly afraid to go to jail, but he knows it will change him forever. In the interim, Muessig plans on getting back in shape, reading a lot and leaning on his family (especially his wife) to get through it.

“I’m not scared for my safety or whatever,” he said. “I do think that much incessant toxicity can warp somebody. Now that said, you know, if I qualify for certain programs, I’ll get to do less than the five.”

At the end of the day, he’s proud of himself for being courageous enough to face the consequences without throwing anyone under the bus. He would, however, do a few things differently.

“I didn’t tell on anybody, and I never would,” he said. “I’m doing time for people right now, willingly. I would not put that faith in people and think that it would be reciprocated. I have a lot of regrets, but I also in a lot of ways feel like this was just the way that it was going to go. But at least I can look in the mirror and see a man — not a rat.”

To write to Daniel Muessig (AKA Dos Noun), copy the address below. Find his Amazon book wish list here.