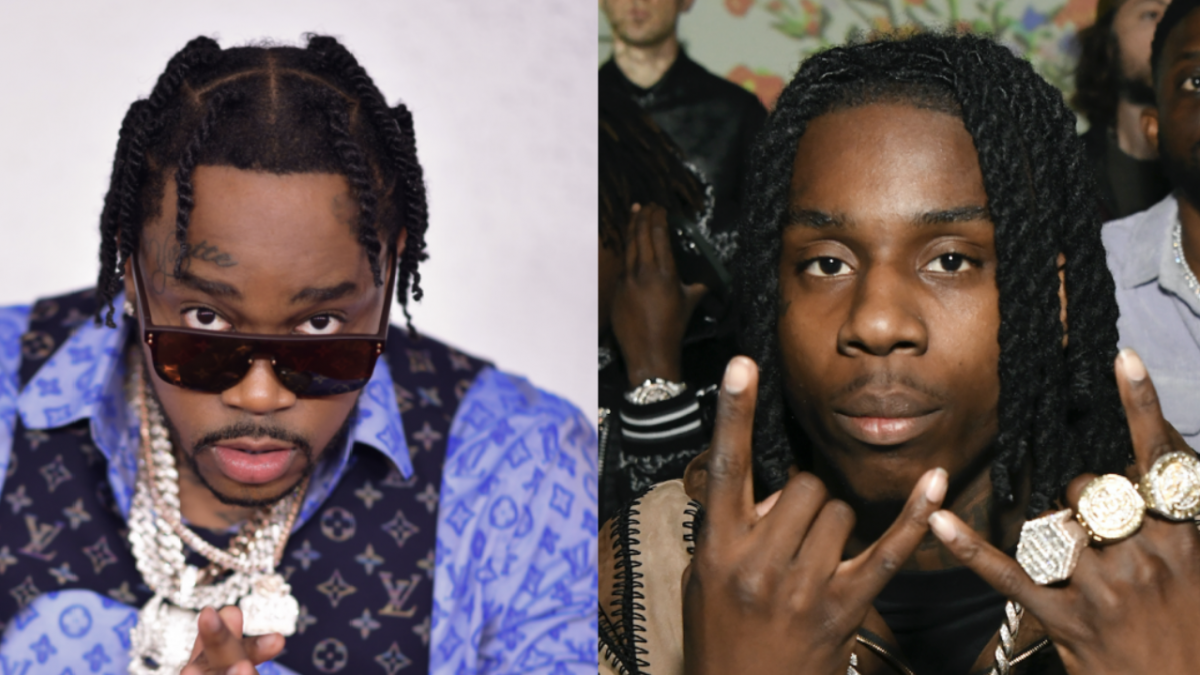 Fivio Foreign is gearing up to unleash his highly-anticipated B.I.B.L.E. album next week. One A-list feature that fans can expect to hear from is Polo G.

Spotify’s RapCaviar teased the potential collaboration on Twitter and the Brooklyn drill sergeant confirmed the union with the Chicago native set for his debut album on Wednesday (March 30).

“1 of the tuffest joints on there,” Fivio confirmed of the upcoming collab with a fire emoji.

On his 32nd birthday earlier this week, Fivio Foreign revealed the cover art for B.I.B.L.E., which arrives on April 8. Nicki Minaj even joined him to celebrate ringing in 32 on the heels of their “We Go Up” link-up on wax.

While Fivio secured the Polo G vocals, Latto didn’t have the same luck. Her collaboration with Polo ended up falling through the cracks and didn’t make the 777 deadline.

“I wish me & Polo G song coulda made the album,” she admitted. “It’s a Capricorn anthem!!!”

The “RAPSTAR” rhymer added, “On Gang!”

Fivo Foreign will do his part in carrying the Brooklyn drill torch after the hole that was left in the city following Pop Smoke’s tragic murder in 2020.

Kanye West is also on board to executive produce the album and there’s a band of big-name artists that’ll be joining Fivio as guest features, including the late Pop Smoke, Quavo, Polo G and more.

Watch the album’s trailer below.