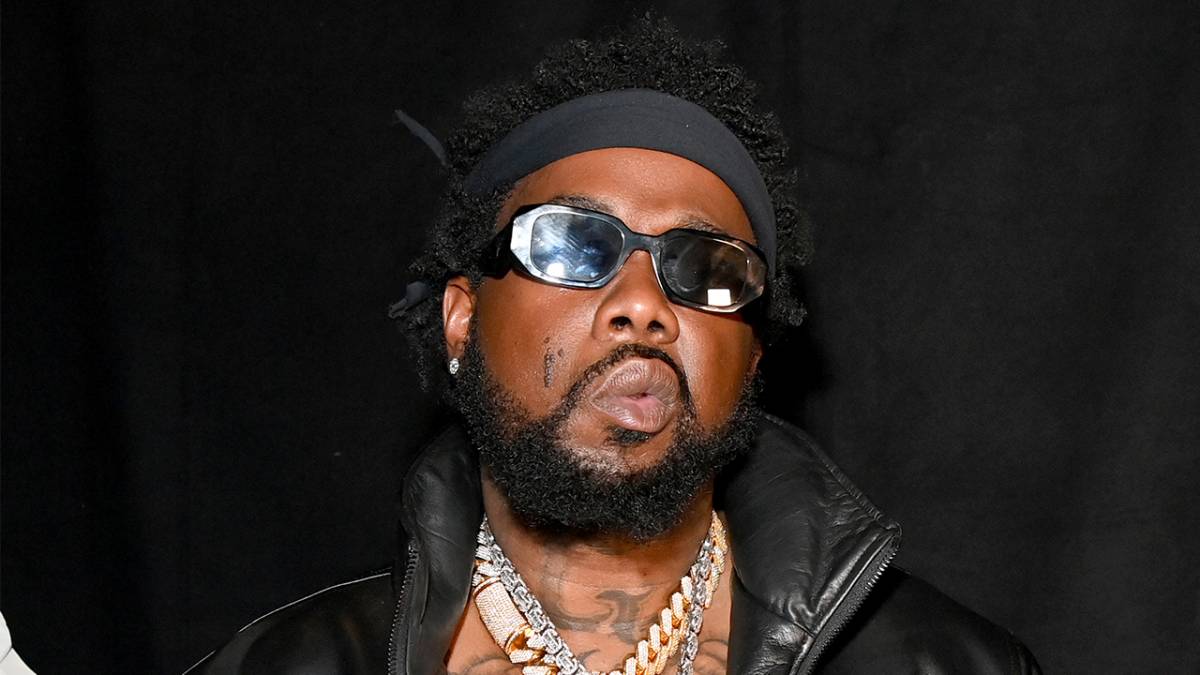 Exclusive – Conway The Machine delivered his Shady Records debut on Friday (February 25), bringing the nearly five-year wait to a ceremonious end. Titled God Don’t Make Mistakes, the 12-track project delves into the 2012 shooting that left him with Bell’s Palsy and subsequent traumas he’s experienced since, including the 2019 death of his son.

With the lyrical precision of a seasoned sniper, the proud Buffalo native bobs and weaves over haunting production from The Alchemist, Hit-Boy, Griselda’s in-house producer Daringer, J.U.S.T.I.C.E. League, Beat Butcha and more. Eminem, who co-founded Shady Records with longtime manager Paul Rosenberg, plugged the album via Twitter shortly after its release.

“Honored to present @WHOISCONWAY’s major label debut,” he wrote alongside a black-and-white photo of himself and Conway in the studio. “#GodDontMakeMistakes on @ShadyRecords conwaythemachine.lnk.to/GDMM.”

But for anyone paying attention to Griselda’s journey, it’s almost surprising Eminem took the time to promote the project. After all, there was a period when Westside Gunn and Conway The Machine didn’t seem too pleased with Shady Records. In June 2020, Westside Gunn appeared to take a shot at Slim Shady and Shady Records when he tweeted, “I wonder do @shadyrecords know we nominated for a BET Award?”

Four months later, Westside Gunn again sounded frustrated by the lack of support from the imprint after Eminem sent out a tweet encouraging his 22.8 million followers to cop The Alchemist’s album The Food Villain. A Griselda fan took notice of the tweet and asked, “No post @westsidegunn’s album that’s in your own label? Lol wtf.” Westside replied with three laughing emojis followed by three “sssh” emojis, suggesting he was wondering the same thing.

As for Conway, he appeared a little salty about Eminem at one point as well. Speaking to VladTV in 2019, he referred to Em fans as “nerds and stans,” something he later regretted. Conway opened up about it earlier this week during a freestyle over Kanye West’s “Jail” instrumental in which he raps, “Would you love me if you knew the old me?/Before the bag, before the rollie/Before I signed a deal with Shady with the rollie/Speaking of Shady, man, after my interview I did with Vlad I felt awful/But I learned you gotta watch what you say in interviews, it could cost you.”

Despite Conway The Machine’s hard-won lesson, he recently spoke to HipHopDX about the VladTV interview. While there was never a conversation about it with Eminem or Shady Records, he felt he needed to say something for his own peace of mind.

“Nah, not at all,” when asked if he had to have a talk with them. “I felt it needed to be said and [I needed to] talk about what was on my heart at the time. You gotta prepare better for interviews, you know, they’re important.”

God Don’t Make Mistakes completes his contractual obligation to Shady Records. One album in five years might not sound like much but as Conway explained, “[We were] making sure it was right. Some records didn’t make it. We added some new records, and we just wanted to make sure it was right.”

That’s not to say Conway The Machine didn’t release plenty of material in the interim — from 2018’s Blakk Tape and Everybody Is F.O.O.D to 2021’s La Maquina and the more recent Greetings Earthlings, Conway and his Griselda brethren have been busy. And even though he’s also completed his contractual obligation to Griselda Records, making him a “free agent,” he says Benny The Butcher and Westside Gunn are “100 percent” always going to be family — both figuratively and literally.

His next move is still up in the air, but two things are certain: He’ll either remain independent or sign another contract with Griselda.

“We’ll see, I’m open to both of that,” he says. “We’ll see where we are at, but right now I’m just focusing on this album and making sure we maximize this opportunity to put out something amazing, and do something special for my city that they’ve never seen before. So that’s pretty much where my focus at really. We’ll see what happens later on, you know what I mean? But God don’t make mistakes, I’m ready to take it there.”