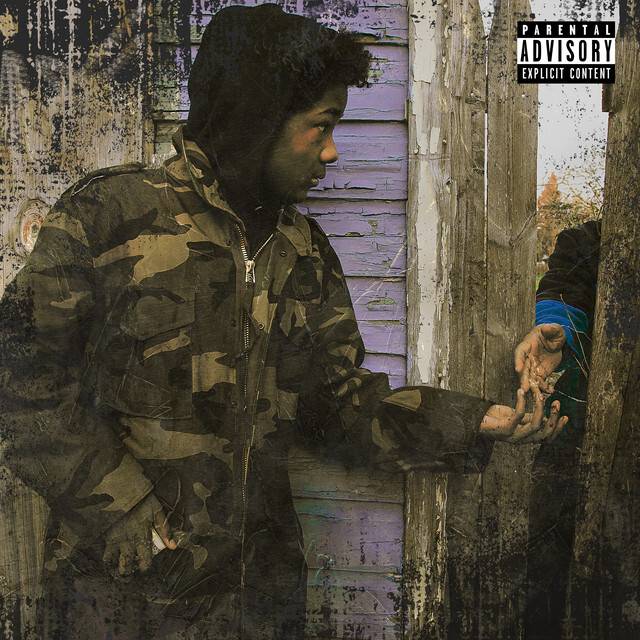 Westside Gunn (mere days after the release of Supreme Blientele), made two special notes about Conway The Machine’s upcoming Shady Records debut God Don’t Make Mistakes in a summer 2018 interview with Canadian publication Exclaim! Magazine: it was 90 percent complete and full of surprises.

After many false promises and projects in the interim, a high note being From King to a God (which served as his first proper studio album via his Drumwork imprint), fans are finally getting what could arguably be called his most fleshed-out release.

Twelve songs in length, God Don’t Make Mistakes has similar DNA to most highly revered Griselda affairs: a family collaboration with Westside and Benny (“John Woo Flick”), Keisha Plum appearance (“Babas”), Daringer beats and one or two outstanding features from legends. More importantly, this body of work uncorks a lot of the themes and realities the Buffalo native has been keeping bottled up throughout his recent run, pivoting from his usual darker content and giving listeners a peek behind the curtain.

It’s in breaking his on-record character and delving into a candid mental health check that listeners get to know Conway in a profoundly different way.

The project kicks off with Daringer and Beat Butcha-crafted “Lock Load,” which features the always grimy Beanie Sigel sounding as menacing as ever. Other guests on hand include the likes of Lil Wayne and Rick Ross, who assist the MC on “Tear Gas,” where Con recalls those who weren’t in his corner after his 2012 shooting, hypothesizing sappy clout-focused captions after his “untimely demise.”

Understandably, his shooting and recovery are a common theme on the album. The brush with death, which left him with paralysis on the right side of his face (Bell’s palsy), is most vividly recalled on The Alchemist-produced title track, where he ponders how the lead-up to the near-fatal shooting and ultimate recovery was all part of a higher purpose.

However, things get their most raw when he begins to peel back the layers, revealing some of the more recent catastrophic trauma he suffered in a short period of time.

“Stressed” stands as the most somber moment on the tracklist, where he describes the immense amount of stress that comes with both ascending the ranks to financial success and being everyone’s person while dealing with tragedy. In this case, while operating optically as though it was business as usual, he’s been grieving the death of his son and the suicide of his cousin — both of which took place in 2019.

“Imagine being in the hospital, holding your dead baby, and he looks just like you; you gotta keep from going crazy,” he raps, lamenting his child’s death. Elsewhere on the song, he describes the cycles of stress, depression and addiction (alcoholism) he’s been experiencing behind the scenes for the better part of the past few years as he blossoms in the industry.

Hit-Boy-produced “Wild Chapters” (alongside Novel and T.I.) is another moment that sees him touching on the death of his son, heartbreakingly noting, “How the fuck I’m supposed to be a proud rapper,” also recalling a lot of the drama he put his girl through in the years leading up to the death.

While a lot of other tragedy and triumph had yet to be lived before this final iteration could come to fruition, it’s curious to imagine how this album (which was purportedly close to completion well over three years ago) may have shaped a lot of his detractors’ perceptions had it predated a lot of his later material. It’s almost as though he was saving additional dimensions of his artistry, intending this collection of music to paint a complete picture.

The album doesn’t sonically veer too far away from his wheelhouse; when he’s in his bag (the one fans have come to know intimately) on songs such as “Piano Love” or “Drumwork” with Jae Skeese and 7xvethegenius, he feels almost plateaued. Though he’s still lyrically sharp, in the moments when he revisits and spins familiar themes, things begin to feel comfortable and less remarkable. Still, this album succeeds by expanding on what hardcore Griselda fans already know.

On a whole, this is a bit of a departure from the iron cut bars the self-proclaimed “Grimiest Of All Time” is known for. It’s a much more personal record, balancing his rapping talents with improved songwriting and exposing a side of Conway fans have only seen glimpses of to date. This is the album fans of The Maquina have indeed been waiting for — a true statement piece.

With this long-awaited LP finally out in the world and his contractual obligations to both Shady and (more surprisingly) Griselda met, it feels like a new beginning, especially with all the cards on the table. In being so incredibly vulnerable, he opens himself up to a whole new world of listeners who may be able to find a personal connection with him they couldn’t make with his previous efforts. God Don’t Make Mistakes makes it harder to argue that Conway isn’t one of the best lyricists in Hip Hop today.

This album was definitely worth the wait..? @WHOISCONWAY

rap album of the year so far ??

one of the debuts we been waitin the most, congrats @WHOISCONWAY

and @ShadyRecords still ridin with the realest