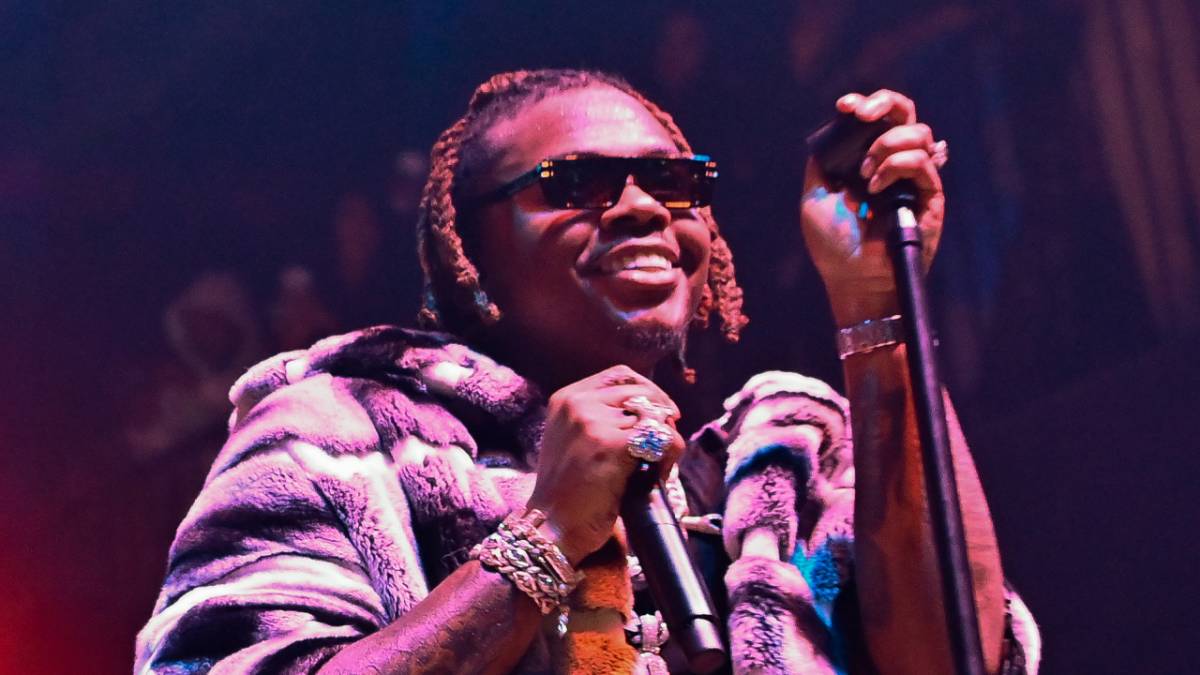 Gunna is tapping into his inner certified lover boy this Valentine’s Day by treating his fans to a new song called “Banking On Me.”

Featuring piano-laced production from Metro Boomin, the track is equal parts romantic and raunchy as the Atlanta rapper serenades a dime piece he doesn’t “want to get tired of.”

“And I usually never say ‘never’/Oh shit, look at me today/Love your vibe, I don’t need no sage/Clip cold and your car look glazed/Good sex, that ain’t all we made,” he croons before things get steamier in the second half.

“Banking On Me” was initially released as part of the DS4Ever deluxe edition in January, but this appeared to be a mistake as the song was quickly pulled from streaming services. Gunna previously played a snippet of it on Instagram.

“Banking On Me” doesn’t offer any clues as to who Gunna’s boo thang might be, but the 28-year-old rap star has been enjoying Chloe Bailey‘s company lately.

On Friday (February 11), a video surfaced of the “You & Me” collaborators holding hands as they exited a car and walked into a clothes store together. The rumored couple were later seen hugging, laughing and caressing each other inside.

Speculation surrounding Gunna and Chlöe’s relationship status has been swirling since October when they attended an Atlanta Hawks game together, shortly after the YSL rapper publicly thirsted over the 23-year-old singer on Instagram.

Both artists have shot down the dating rumors, but another hand-holding sighting at a Los Angeles Lakers game in January only added more fuel to the fire.

In any case, one female artist who hasn’t fallen under Gunna’s spell is Nicki Minaj. The Young Money queen recently revealed she turned down a request to appear on DS4Ever’s “P Power” because it was too “explicit.”

“Gunna came to my studio months ago and he asked me to get on his song ‘Pussy Power,’” she said. “I heard the beat and I went [crazy]. I was like, ‘This beat is outta here!’ No lie, I sat with the song for months and months and couldn’t bring myself to write to the record.

“It was like the moaning and the groaning on the track … I knew in order to get on a track like that I would have to be explicit and, in my opinion, I would have to really kill it and talk that real talk. And I wasn’t ready, I just wasn’t there.”