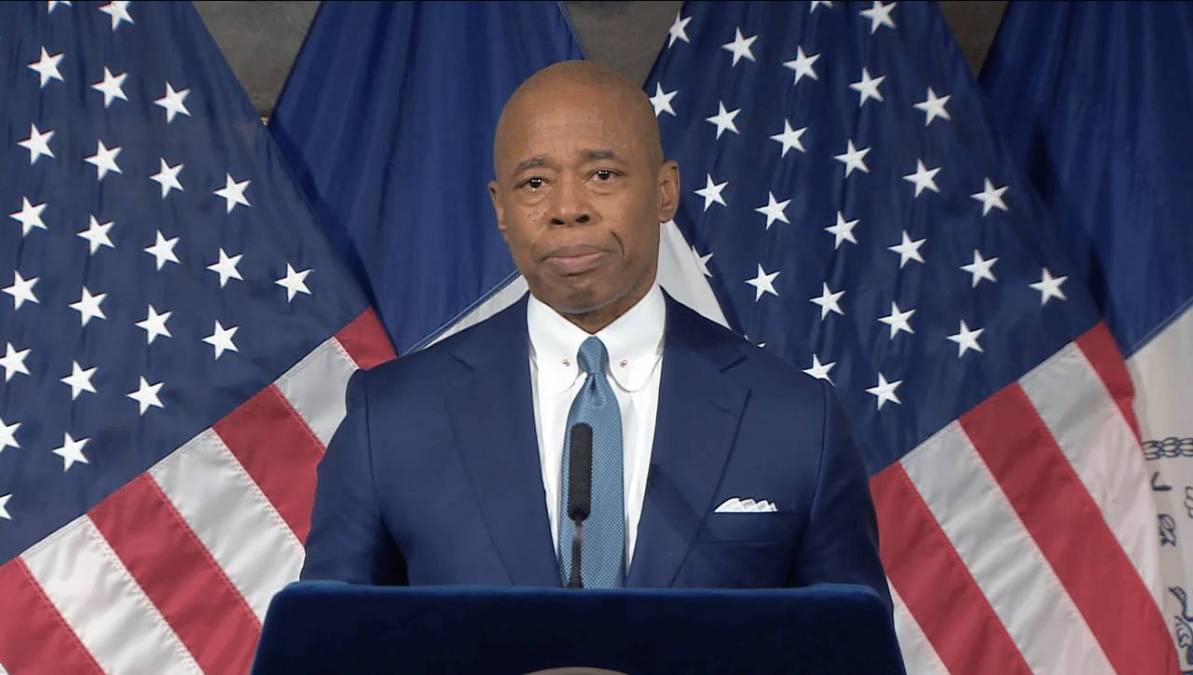 The mayor focused in on the February 6 shooting of Bronx drill rapper C-Hii Wvttz, who was gunned down in his car after he left a Bed-Stuy, Brooklyn recording studio. C-Hii Wvttz – born Jayquan McKenley – was just 18-years-old when he died and had worked with other up-and-coming Bronx rappers including Dougie B and Kay Flock. His mother described him as a “good kid” who “had a passion for rapping” in an interview with the New York Daily News. His father notably referred to his son’s music scene as “the devil’s music.”

“Our Hip Hop is no longer Hip Hop anymore,” he told Fox5.

“I didn’t know Jayquan, but his death hit me hard because the more I found out about Jayquan’s story, the more I saw how many times he had been failed by a system that is supposed to help boys like him,” Adams said in Thursday’s (February 10) address.

The mayor went on to describe how the South Bronx rapper was in and out of homeless shelters with his family at just five years old, and how he cycled through five different high school programs before being arrested for attempted murder at 18.

“He was not just a victim now, but a perpetrator. But he was young, there was still time for him to turn the path of violence and move away from that,” Adams said. “Our system and justice system should have done more, more to help him, rehabilitate him.”

He pleaded with the agencies of New York City to “do more” and to “rededicate” themselves to protecting young people from being “swept away in the rivers of violence.”

“And to Jayquan’s mother and father, I want to say I’m sorry,” Adams said in closing, visibly emotional. “I’m sorry for our city missed so many chances to help your family. I’m sorry that your son was passed over for so long and taken from you too soon.”

I’m sorry we betrayed him and so many others like him. But you have my word as your mayor that I will be looking out for the thousands of other Jayquan’s of our city, cause I was once a Jayquan too.”

He added in closing, “I have been on that path of pain and I know there’s a way out, but it’s not a road we travel alone.”

C-Hii Wvttz was just one of multiple New York rappers who have recently been the target of gun violence. A Fivio Foreign affiliate named Tdott Woo was shot and killed in Brooklyn in early February. In January, rapper Nas Blixky was shot in the back of the head and leg but survived. Kay Flock is also currently in the throes of his own legal battle after he was charged for the deadly shooting at a Harlem barbershop last December.

Just a few days ago, a young man named Jayquan McKenley was murdered in Brooklyn. He was 18 years old. Join me now at City Hall. https://t.co/ZTOe8wavlG