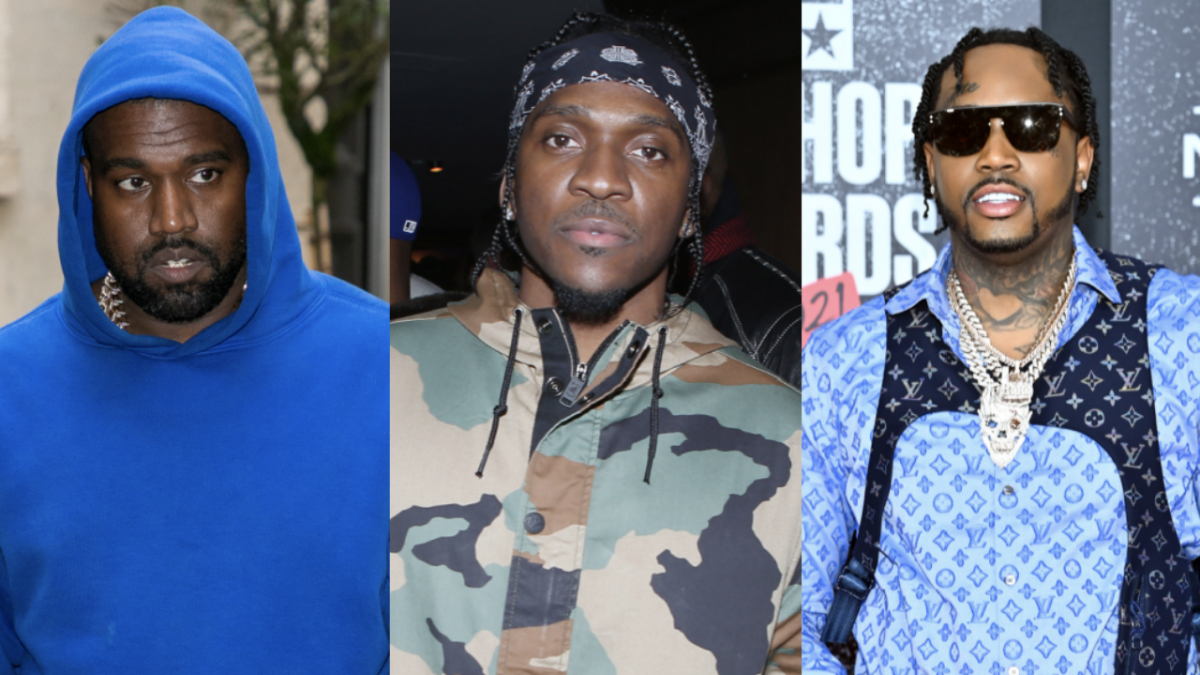 Kanye West has been in the studio with just about everyone in recent weeks. Most recently, Yeezy was spotted decked out in a black mask covering his face leaving the studio with G.O.O.D. Music President Pusha T and Fivio Foreign over what was an eventful weekend for the Chicago-bred billionaire.

It’s very possible the three were working on music together as another snippet from a Pusha T and Kanye video shoot surfaced over the past few days as well. Kanye is also on board as an executive producer for Fivio’s upcoming debut album B.I.B.L.E..

“There was a music video shoot, a Pusha T video shoot,” she said. “Ye did his thing because he’s in the song with Pusha. Then we went back to the hotel and the paparazzi have been following me ever since.”

Pusha T’s DAYTONA follow-up is expected to arrive in 2022, four years after his Grammy Award-nominated 2018 effort. The Virginia native upped the ante in October 2021 when declared he’ll be a “better rapper” on his forthcoming project.

On the music front, Kanye West reunited with The Game for “Eazy”, which arrived on Saturday (January 15). Ye stole the spotlight with his verse, taking aim at Kim Kardashian’s purported boyfriend Pete Davidson. 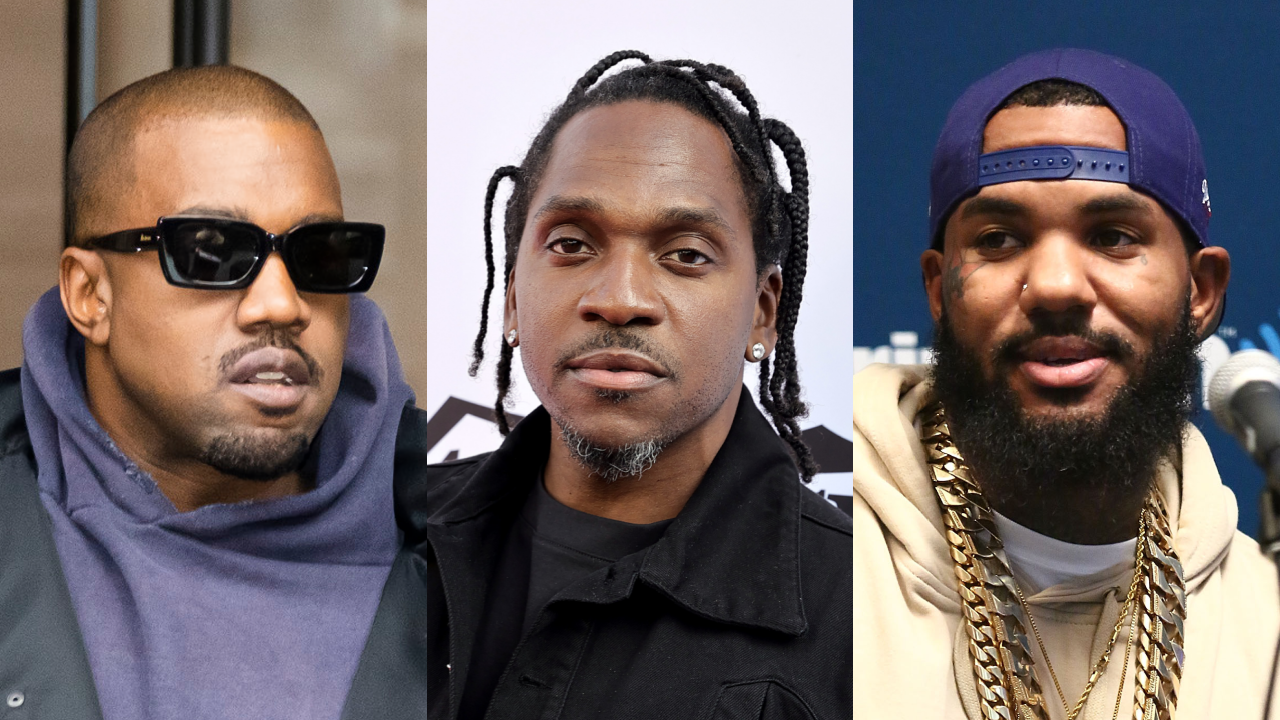 Kanye also publicly aired out his soon-to-be-ex-wife after allegedly not being invited to his daughter Chicago’s fourth birthday party on Saturday, until Travis Scott gave him the party’s address and Kylie Jenner let him inside the premises.

Scott and Ye reportedly hit the studio together after the party as well.