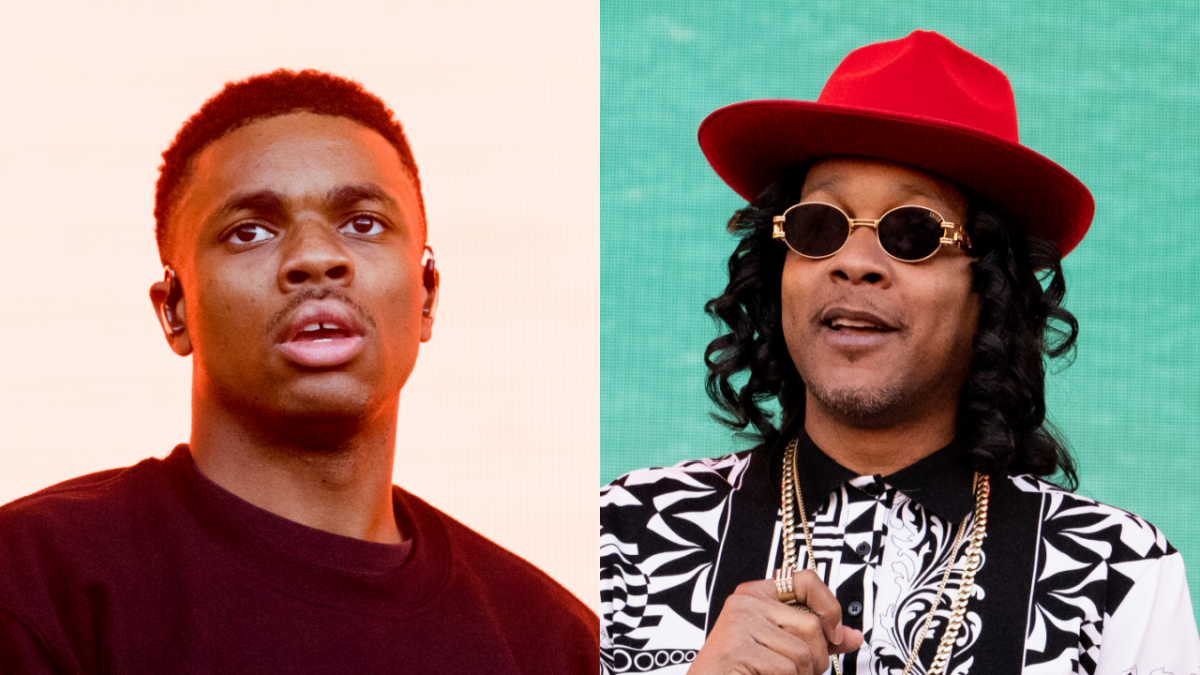 Los Angeles, CA – Vince Staples dropped one of the most critically-acclaimed rap albums of 2021 with his self-titled effort, a concise yet dense collaboration soundtracked by the bouncy, woozy production of Kenny Beats. But the Long Beach lyricist isn’t resting on his laurels.

On Saturday (January 2), Staples revealed he’s already made strides on his next full-length project while putting the call out for a crucial contribution from a legendary West Coast artist. “This album is done if I can get @djquik,” he tweeted.

This album is done if I can get @djquik

Vince Staples’ tweet got DJ Quik‘s attention, who later replied, “I’m at you Bruh. Have your mgr bang my email agin.” Such is the power of Twitter, the West Coast duo linked up in person at Westlake Recording Studios in West Hollywood, California just days later.

“@davidblakejr_ @vincestaples @djquik in the Michael Jackson room,” DJ Quik wrote on Instagram on Wednesday (January 5) along with a photo of himself and Vince Staples in the same Westlake room where the King of Pop recorded iconic albums such as Off the Wall, Thriller and Bad.

Vince Staples’ forthcoming album is titled Ramona Park Broke My Heart, as revealed in a GQ feature in April 2021. He offered up brief details about the project in an interview with W magazine later that year.

“It just sounds nice,” he said. “I don’t think it makes sense to be too heavy-handed with certain things. Music is so subjective. So with that, it was just part of my thought process at the time: What symbolism can I throw in here that can be taken as a direct thing? What does this mean? What does this sound like? It’s all based on personal tastes.”

As for Vince Staples and DJ Quik’s history, the pair have yet to cross paths musically, although Staples has made no secret of his love for the Compton OG’s catalog. Last year, the 28-year-old rapper let off numerous tweets listing some of his favorite Quik songs, including “Trouble,” “Black Mercedes” and “Let You Have It.”

Staples’ West Coast collaborations have mostly come with his contemporaries such as Kendrick Lamar, ScHoolboy Q, Earl Sweatshirt and Joey Fatts. However, he did team up with Bay Area pioneer E-40 on “Ain’t Talkin’ Bout Nothing” in 2018.